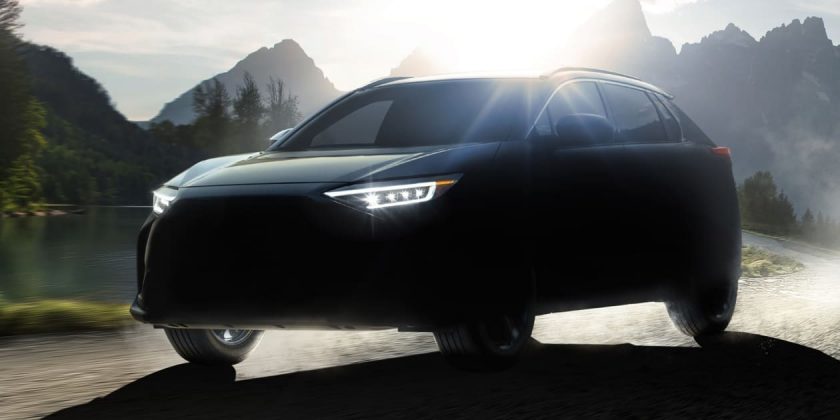 Subaru has announced that the Solterra, its first pure-electric model, will hit showrooms in 2022

Subaru has confirmed that its all-new electric SUV, called the Solterra, will launch next year.

The brand’s upcoming EV, which will be an SUV, will share its platform and drivetrain technology with the recently unveiled Toyota bZ4X SUV concept, becoming another competitor for the likes of the Volkswagen ID.4 and Ford Mustang Mach-E.

Like Toyota, Subaru is keeping tight-lipped on technical details, although we do know that the Solterra will be based on the brands’ jointly developed e-TNGA electric car platform. Subaru has also given us a rough indication of the SUV’s size, saying it’ll have similar dimensions to the current-generation Forester. We expect the Solterra to take design cues from an electric concept car that Subaru revealed earlier this year.

Toyota and Subaru have also said the new platform will play to both brands’ strengths. As such, the new zero-emission family SUV will combine Toyota’s experience with electric technology and Subaru’s four-wheel-drive and off-road expertise. However, compared with the Toyota bZ4X, Subaru is aiming for even more safety and handling stability with the Solterra.

The new platform is also highly adaptable, allowing either front, rear or four-wheel drive. It’s scalable too, as Toyota and Subaru already have a broad range of models planned on the e-TNGA underpinnings, including an even larger family SUV and a saloon car.

The platform features an electric motor on the front axle and a battery pack mounted low in the chassis to benefit the car’s weight distribution and packaging. On that front, the related Toyota bZ4X is said to have similar rear legroom to the Lexus LS limo, so we can expect the same for the Solterra.

The new EV platform will help Subaru achieve its long-term emissions goals. By 2030, the Japanese manufacturer is aiming for all-electric and electrified vehicles to account for at least 40 per cent of its global sales.

Subaru started its shift towards electrification in 2019 by launching hybrid variants of the XV and Forester – the latter of which features the brand’s e-Boxer PHEV powertrain. By 2050, Subaru hopes to reduce average CO2 emissions from its new vehicles by 90 per cent when compared with 2010 levels.

The brand had planned to launch an electric vehicle using an adapted version of its Global Platform this year, but this project has now been scrapped.

Check out the best all-electric SUVs to buy now…