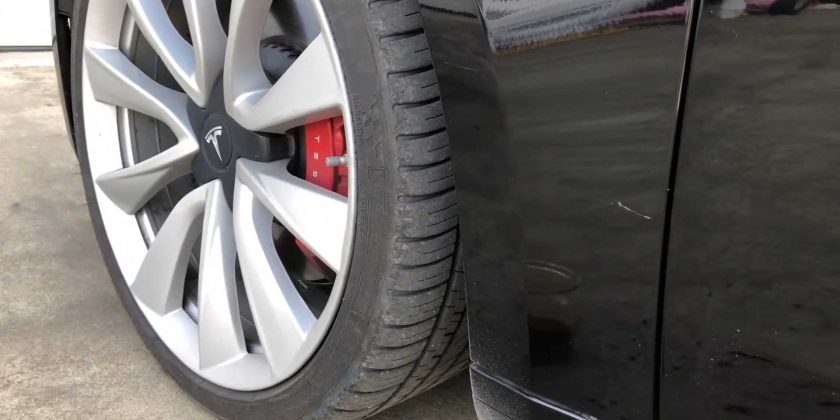 Jean-François Bellerose asks for repaint payment and C$1,000 in compensations.

Jean-François Bellerose was probably pretty happy when he bought his Tesla Model 3 on June 21, 2019. The black EV cost him C$63,420.87, but it looked good until February 24, 2020, when Bellerose noticed the same issues we have been reporting since August 2019. He tried to get Tesla to fix them. After it did not work, he decided to take the company to Quebec courts with a class-action lawsuit.

Bellerose demands not only reimbursement for repaint – estimated in C$4,737.66 by Carrosserie Perfecto Inc. – but also two C$500 compensations from the company. The first one relates to moral damages related to the “troubles and inconveniences” related to the paint issue.

The second C$500 compensation relates to damages caused by not informing Bellerose of the paint issues the company already knew the car could have, according to the lawsuit. But there is a catch: since this is class-action litigation, any other client affected by the same issues in Quebec has the right to demand the same in case the courts decide Bellerose is right.

According to the lawsuit, there were 6,293 Model 3 units licensed in Quebec until May 18, when the case was presented. For what we could see, the repair costs will be individually defined. If half of these owners had to receive C$5,000 for repainting the cars and C$1,000 due to the compensations, Tesla would have to pay C$18 million.

The lawsuit includes clients in Quebec, but what about the ones that had to buy their cars there? That’s the case for Brent Chaisson, who lives in Prince Edward Island. We have already told you about his situation.

“I was told by the better business bureau that there was nothing they could do because I bought my car in Quebec. I had no choice in the matter about which store my car came from!”

Chaisson also had the A-pillar issue we reported back in September 2019. He has repainted his car in August and is now in contact with Bellerose to learn more about the lawsuit. We are also trying to contact the law office that is in charge of the case. It is vital to determine if people that bought the cars in Quebec but licensed them elsewhere if they are also eligible to join the litigation.

If courts decide in favor of Bellerose, the decision’s jurisdiction will not include other Canadian owners with the same issues. Anyway, it can be used as a precedent. There are more clients elsewhere that have tried to reach a deal with Tesla regarding the paint issues and did not manage to do it in a friendly way.