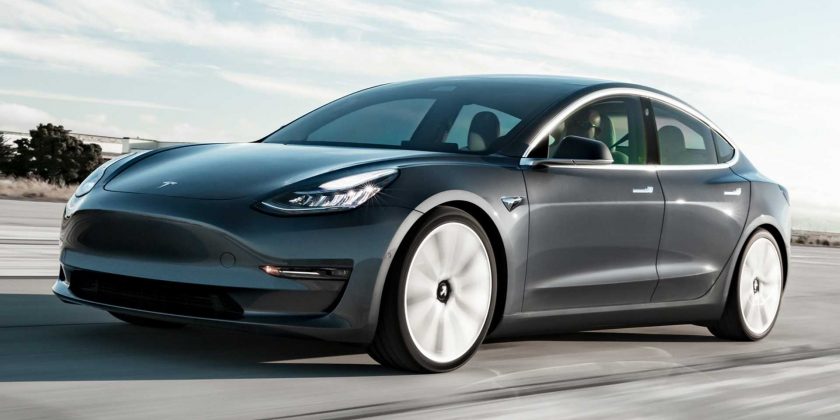 In the end, the Tesla Model 3’s range and charging capability gave it the edge.

The Porsche Taycan Turbo proved its endurance in a recent 500-kilometer (311-mile) electric car race. The event – “Ignitis ON: get to know Lithuania!” – took place in Druskininkai, Lithuania. Despite much talk about the Taycan’s disappointing EPA range estimate, the electric Porsche completed the journey in an impressive 5 hours 47 minutes and 14 seconds.

Just over a minute earlier, a Tesla Model 3 crossed the finish line in the first-place position. The Tesla’s official time was 5 hours 46 minutes and 7 seconds. This was the first time a Tesla participated in this revered EV endurance test.

The Porsche Taycan has an EPA-rate range of just 201 miles (323.5 km). However, many people have already proven that it can travel much further on a charge. In addition, the electric Porsche is touted for having a higher maximum charging capacity than other EVs.

According to the EPA, the Model 3 Long Range can travel 322 miles (518 km) before needing to stop for juice. While some people have proven they can achieve such a range, most reports prove that the Model 3 may not quite reach 322 miles on a charge. Still, it has more range than all other EVs on the market, aside from other Tesla vehicles.

Teslarati reported that the Model 3 team had to stop and charge once during the 500-km trip. On paper, the Model 3 can’t charge as fast as the Taycan, however, there are a lot of variables involved here. Nonetheless, the charging stop lasted just 29 minutes. We aren’t sure if the Tesla charged at a Supercharger, but we’re fairly certain, if it did, it wasn’t a new V3 Supercharger, which would have sped up the process.

A member of the Model 3 team, Artūras Stelionis, shared (via Teslarati):

“We have heard good feedback about this competition a long time ago, but we participated in the event only for the first time. At the same time, it was the debut of Tesla. I really enjoyed the event, we will campaign for colleagues to participate as well. And not just because we have already won the debut. Extremely attractive, just perfectly balanced, forcing to look for the most rational solutions, a competitive part and a great attraction, which allows to get to know the native land and its unique corners better.”