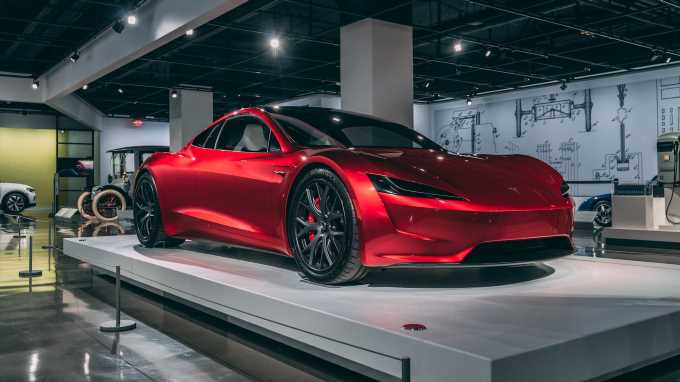 The Petersen Automotive Museum in Los Angeles, California, is hosting a two-week exhibition featuring a prototype of the next-gen Tesla Roadster. The battery-powered convertible will be on display starting May 19 through June 2, 2021. This pop-up event follows the showing of the Cybertruck last summer during the Petersen’s reopening. We had a chance to see the much-hyped two-door up close, and it is stunning.

Alongside the Tesla Roadster prototype, visitors will also have the opportunity to view the first-generation model, which debuted in 2008. According to the most recent developments, we could expect the all-new Roadster in its final form to arrive sometime in 2022. But given Tesla’s track record, the RoadsterÂ may be delayed further.

The all-wheel-drive Tesla Roadster will use three e-motors and a 200-kWh battery. Tesla claims the new Roadster can make a run from 0 to 60 mph in 1.9 seconds, is capable of doing above 250 mph, and can travel up to 620 miles on a single charge. And if you were to ask us, these numbers are as compelling as the Roadster’s design language, if they hold up.

Based on one of Elon’s latest discussions on Twitter regarding the Roadster status, a production model could be here at summer’s end. Skeptics and enthusiasts alike will believe it when they see it.

Until then, check out the gallery of the sexy prototype, or if you’re feeling optimistic, reserve the long-awaited electric convertible online by putting down $50,000.