The Wednesday Want is no stranger to unusual cars. We even kicked off the series with the bizarre Nissan Nails Concept. However, for this week, we found one that could top the list of weirdness. Meet the 1990 Autech Zagato Stelvio AZ1.

At its heart, the Stelvio AZ1 is the car people want. Or at least the car people say they wish would exist. It’s an Italian-styled vehicle that’s built by the Japanese. It combines what should be the apex of design with the pinnacle of reliability.

Unfortunately, the combination isn’t exactly a super-reliable Ferrari (Honda was already doing that with the NSX). Instead, it’s a bizarre hybrid of a car with funky 80s-esque styling and high-cheek bones.

The Italian part of the Stelvio AZ1 comes from Zagato. Headquartered in Rho, Italy, it’s responsible for the designs of amazing cars built by Aston Martin, Alfa Romeo, and even a Vision Gran Turismo project. 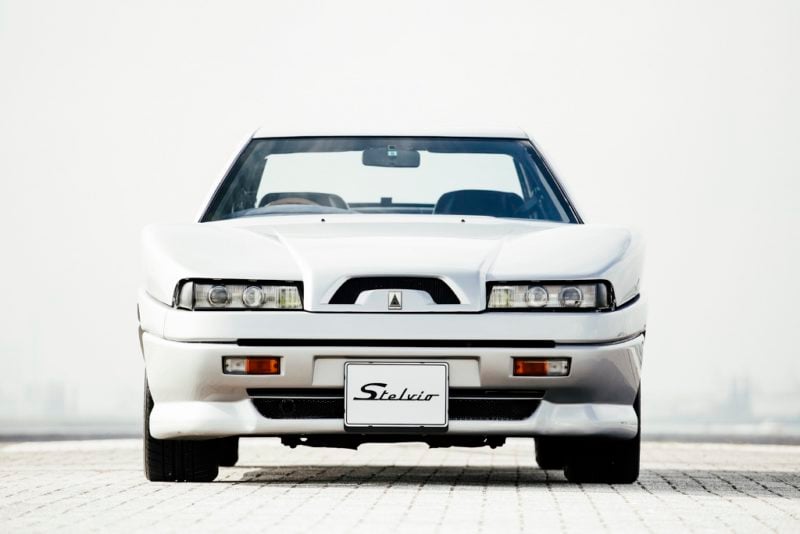 Under the Italian skin is Japanese engineering by Autech, a Nissan-owned tuning company and the builder of GT500-class NISMO engines in SuperGT. For the Stelvio, Autech modified the engine from the F31 Nissan Leopard (known as the Infiniti M30 in North America). This means it gets the VG30DET 3.0-liter turbocharged V6 engine under the hood, good for around 276hp. Or at least that’s the official number, thanks to the “Gentleman’s Agreement”.

In reality, the Stelvio AZ1 is cranking out somewhere around 320hp. This puts its 0-60mph time at about six-seconds with a top speed of 154mph. Not a sports car by modern standards, but still quite respectable for a 28-year-old car.

Unfortunately, one of the car’s biggest criticisms is the lack of a five-speed manual. Instead, the Stelvio is saddled with a four-speed automatic.

On the exterior, its most prominent feature is the strange front gills. Upon first glance, it’s actually hard to tell what their purpose even is. But looking a little closer, you see that they are, in fact, the wing mirrors. 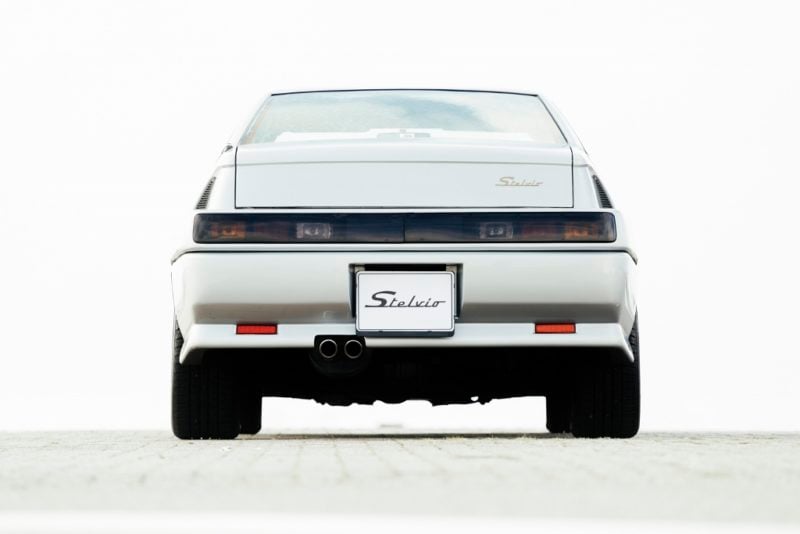 It’s one of the oddest looking design choices we’ve seen on a car. However, Zagato’s out-of-the-box thinking is somehow intriguing in an 80s sort of a way. It was a decade known for over-indulgence — from that perspective, the mirrors almost make sense.

Then there’s the wheels. Looking like weird dinner plates, they even have a channel to help cool the brakes with airflow. While they wouldn’t really work today, for the time they were definitely rad. Possibly even tubular.

The rest of the exterior is pretty standard design work for the era. Park it next to an Alfa SZ and you’ll see some similarities too – probably because that’s also a Zagato car.

Unlike the exterior, the interior is devoid of any funky design cues. Instead, it’s the standard swanky Italian car flair with leather, suede, and wood trim.

If by now you’re wondering why you’ve never heard of this car, it’s for a good reason. First, Autech only built 104 examples during its one-year production run. The second was the insane price tag of $200,000. Factoring in inflation, that’s nearly $400,000 today.

Thankfully, the price tag is a bit more reasonable today. This example we found through JB Classic Cars in Bodegraven, The Netherlands comes to just €47,500 ($55,000). All things considered, for a unique car, it’s not a bad price tag.