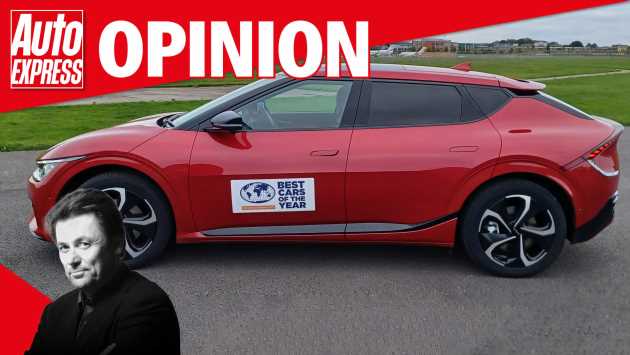 When I first mooted the idea of asking some of the top dogs in the vehicle manufacturing, retailing and motorsport businesses to vote for their best cars of the year, I was warned off. The advice went a bit like this: the designers and engineers will only vote for the vehicles they designed; the high flyers will give the nod of approval solely to the products they built; dealer principals will feel duty-bound to pick the models they sell; and, continuing the theme, the motorsport boys and girls will focus on the makers who race and ignore those who don’t.

Wrong, wrong, wrong and wrong again. Of the judges invited to vote for Best Cars of the Year (Best COTY) 99 per cent did the opposite. With just one or two exceptions, they voted for others – often fierce rivals. Equally unselfish were other voters from the motor show, vehicle auction, car club and consulting worlds. And the TV presenters and other specialist media folk on board (including editor-in-chief Steve Fowler and little ol’ me) enjoyed and exploited the fact that we too were 100-per-cent free to choose any new car we liked – regardless of price, vehicle type and, crucially, availability (or not) in the UK.

Some global car awards have an infuriating, undemocratic ‘‘system’ of excluding vehicles because they’re too expensive, not built in large enough numbers, or are classified as quadricycles rather than cars. But since such rules do not apply to the Auto Express New Car Awards, they also have no place at Best Cars of the Year, which operates on a more international stage, with judges from Asia, The Americas, Europe, Africa and Australasia.

So what on earth did that diverse panel choose as its Cars of the Year for 2021/2022? With little or no chance to confer, they voted for the Kia EV6 and Hyundai Ioniq 5 as joint World Champions, with the Audi e-tron GT in the runner-up spot. Yup, this does mean that the seasoned judges voted three pure EVs as their best three cars.

But they went for the Toyota GR Yaris as their best ICE car (and fourth overall). Ford’s Mustang Mach-E was fifth, followed by the Fiat 500, Porsche Taycan, Citroen Ami and new Mitsubishi Outlander PHEV, just launched in Japan. The new-look Volkswagen Polo claimed the No.10 slot, given that its comparatively affordable price, surprisingly spacious body and small, efficient petrol engine mean that it is, in effect, the “new Golf”.

It’s astonishing that, without prompting or conferring, dozens of judges voted 10 different brands from six nations on three continents into the inaugural Best Cars of the Year Top 10. In doing so, they also decided that reborn Kia, massively improved Hyundai, and South Korea are the current best of the best on the global automotive stage.

Heung-Soo Kim, head of Hyundai Motor Group’s EV business division, has told me that Kia and Hyundai are “proud, honoured and thankful” that the judges have delivered a clear message that the EV6 and Ioniq 5 are the undisputed joint World Champions.

We’re talking about a new world order here, with the Koreans playing the Germans, Japanese, Americans and everyone at their own game – and winning comprehensively.