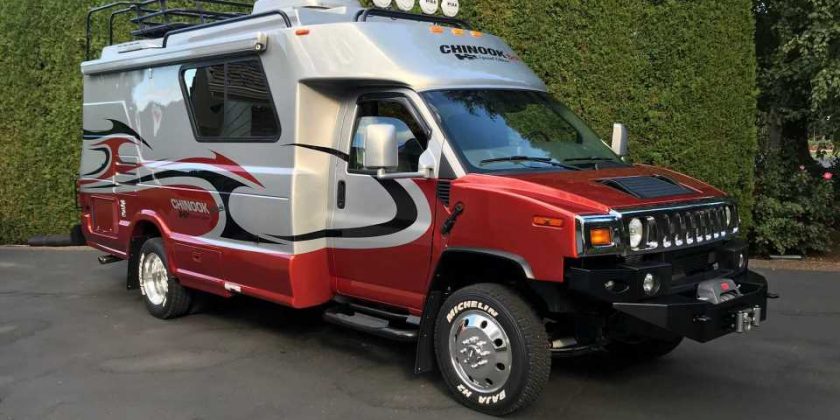 These days it’s common to see aggressive off-roaders decked out for weekend getaways. Scour the internet and you’ll even find a few old Hummer H2s with rooftop tents and some camping gear, but you won’t find anything like this. That’s because this is the only Hummer H2 Class B Motorhome ever built. Say hello to the Chinook Baja H2 Special Edition, better known as the Chummer.

For the record, this curious creation isn’t entirely a Hummer H2. It was built by Chinook RV back in 2004 using a standard GM one-ton chassis cab fused with a custom Hummer H2 nose. As such, the bones are standard-issue RV for the time, and the engine is a period-correct 6.0-liter V8. It rides on big rig-style 19.5-inch wheels with beefy tires, which honestly look quite at home with the H2 nose. And yes, the nose tilts forward just like a legit Hummer for access to the engine.

You probably won’t go rock climbing at Moab in this rig, but it is decked out for travel off the beaten path. The big Warn winch on the front bumper is obvious, but the RV conversion also saw the Chummer get an upgraded suspension. Two banks of off-road lights – one at the front and another at the back – illuminate the area around the RV. An emergency kit at the back is there in case things get a bit too crazy, but even if you’re stuck for a bit, the interior is a fine place to wait for rescue.

You can’t have a Hummer H2 without some luxury touches, and it starts with a massive power-folding leather sofa. Cherry wood trim is found all around the cabin. A full kitchen and wet bath are nestled into the interior, not to mention a very large TV and full-size appliances. It carries a 4,000-watt generator, has heated holding tanks, and is equipped with a central vacuum system for cleanup. All in all, this one-of-one rig really is something special.

It’s so special that we reached out to the Chummer’s current owner, Mike Johnson, to learn more about it. Former Chinook boss and RV legend Gary Lukehart came up with the idea in the early 2000s and built this model to display at a big RV show in 2005. He wasn’t planning to sell it, but once the top Chinook dealership saw it, they had to have it. The Chummer went back to Minnesota with the dealer, and it was sold within hours to a very wealthy, unnamed individual.

Meanwhile, Johnson and Lukehart had become good friends over the years. It was actually Lukehart who sparked Johnson’s quest to own the Chummer. 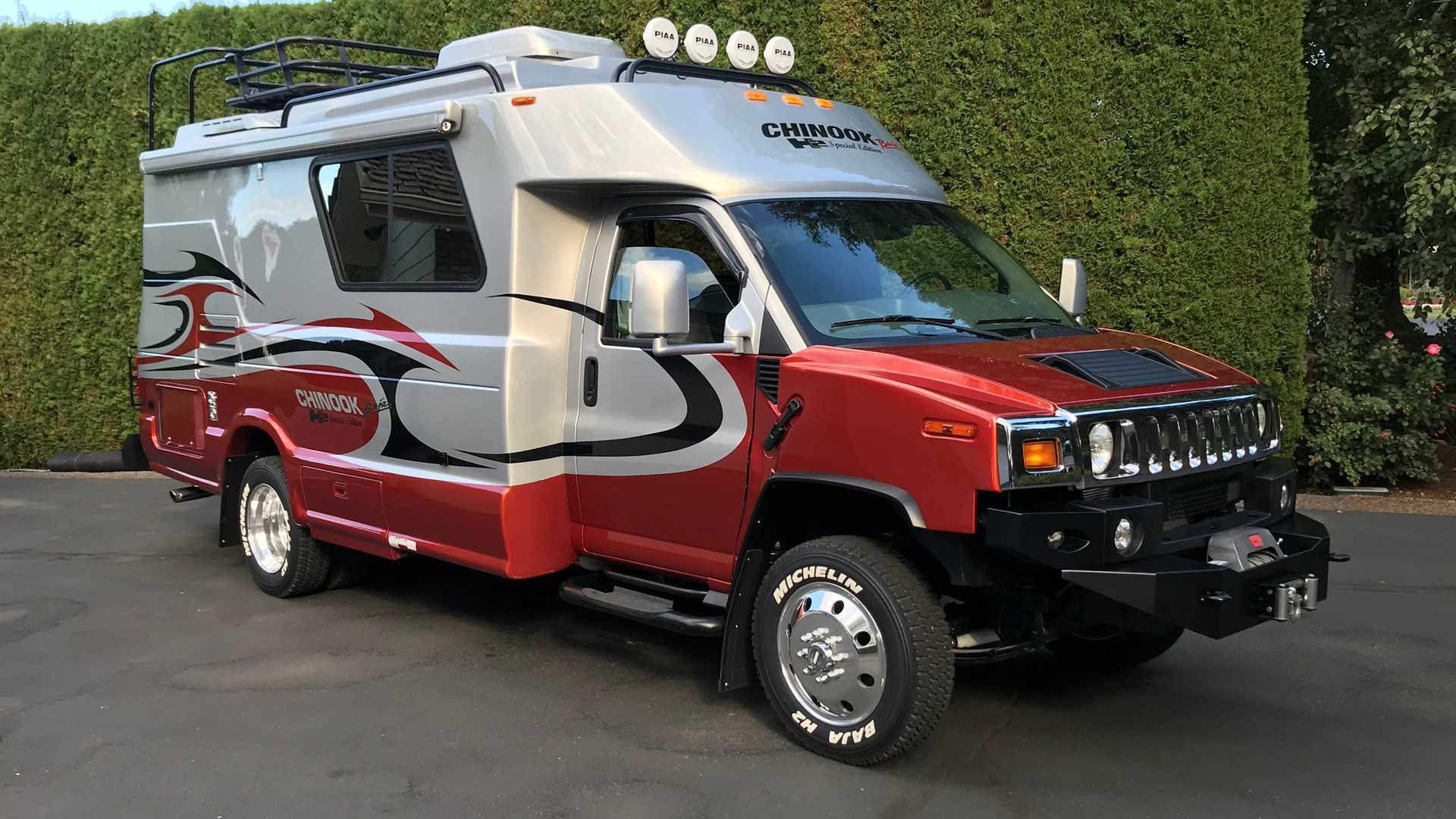 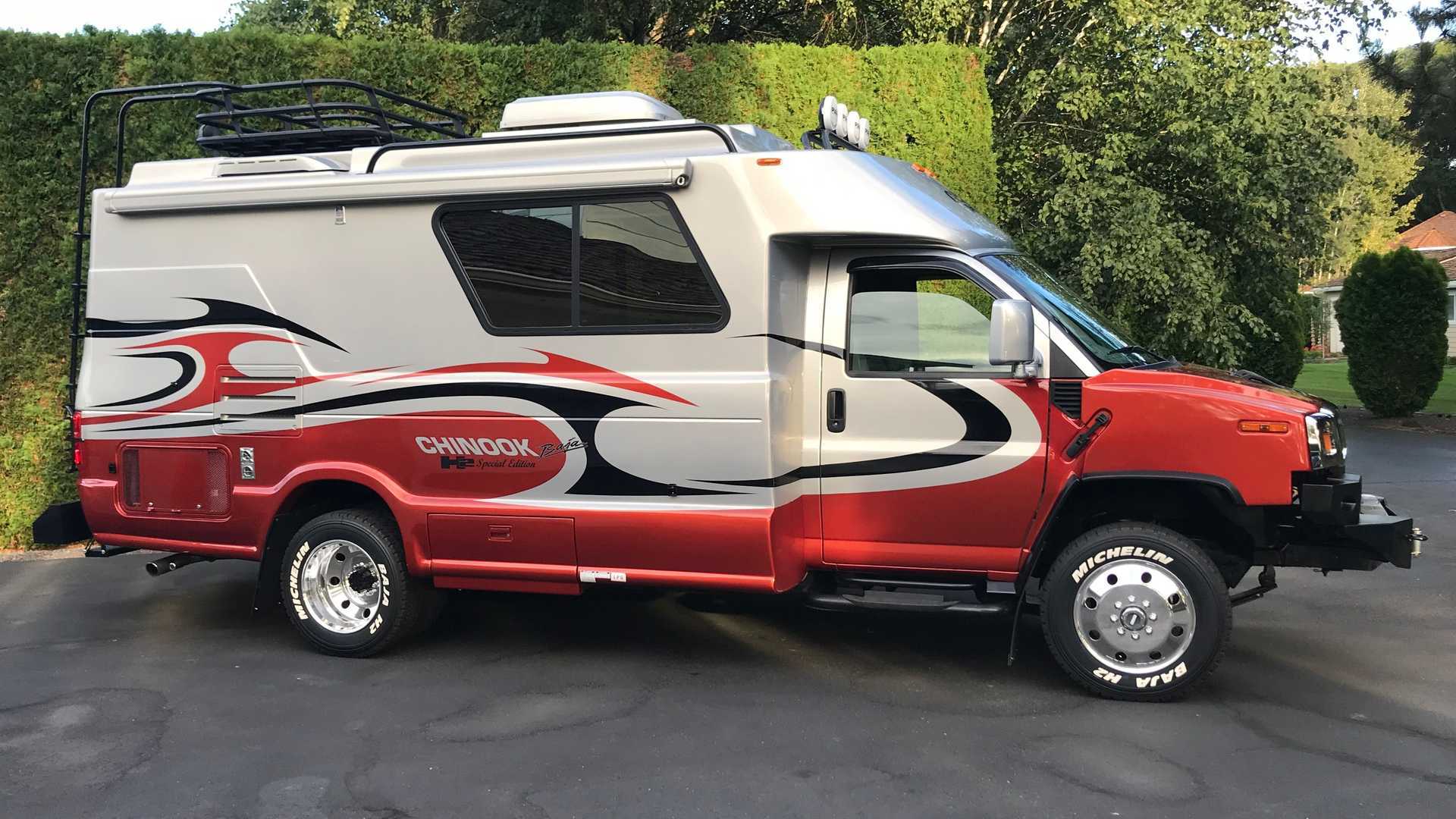 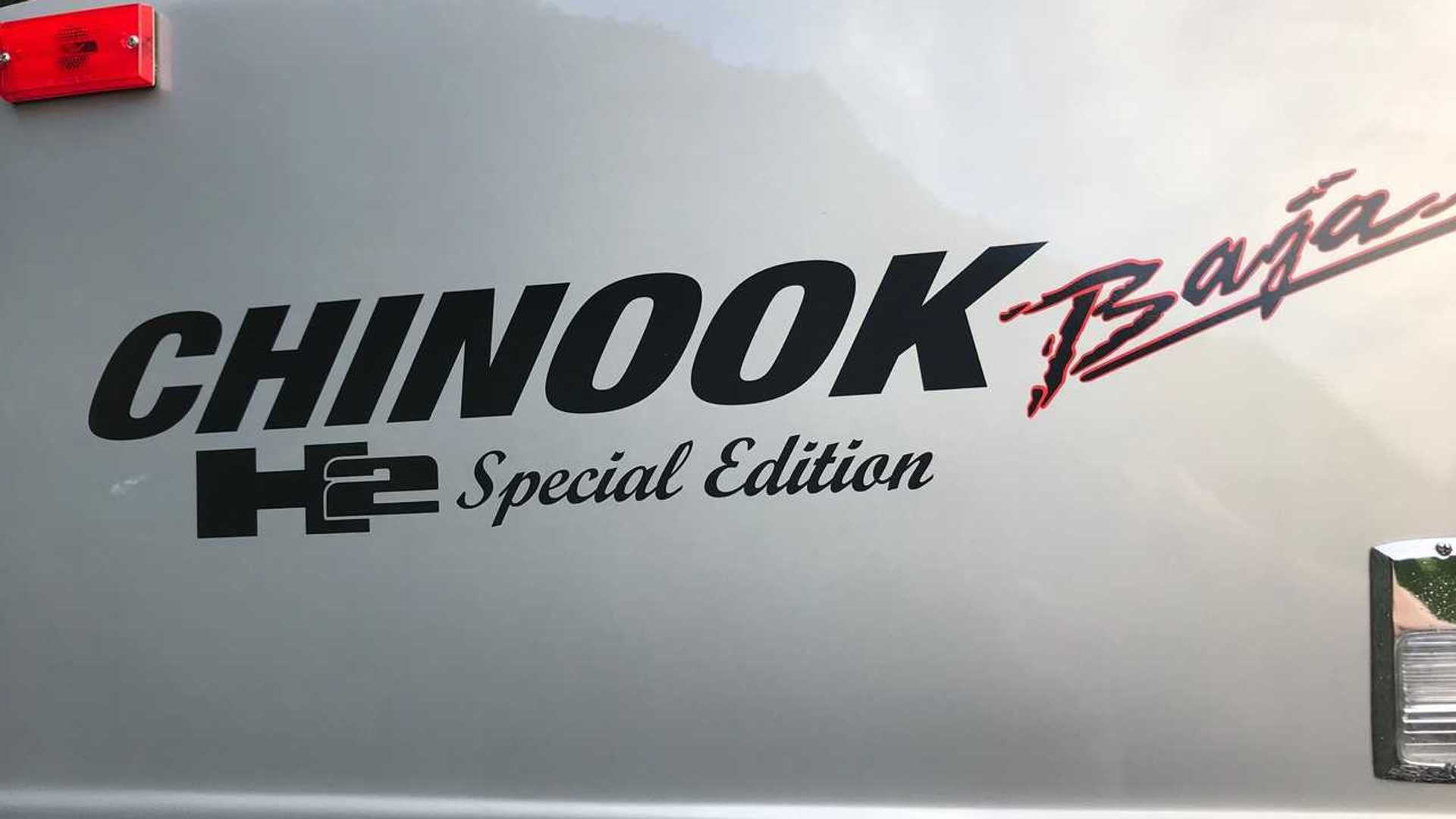 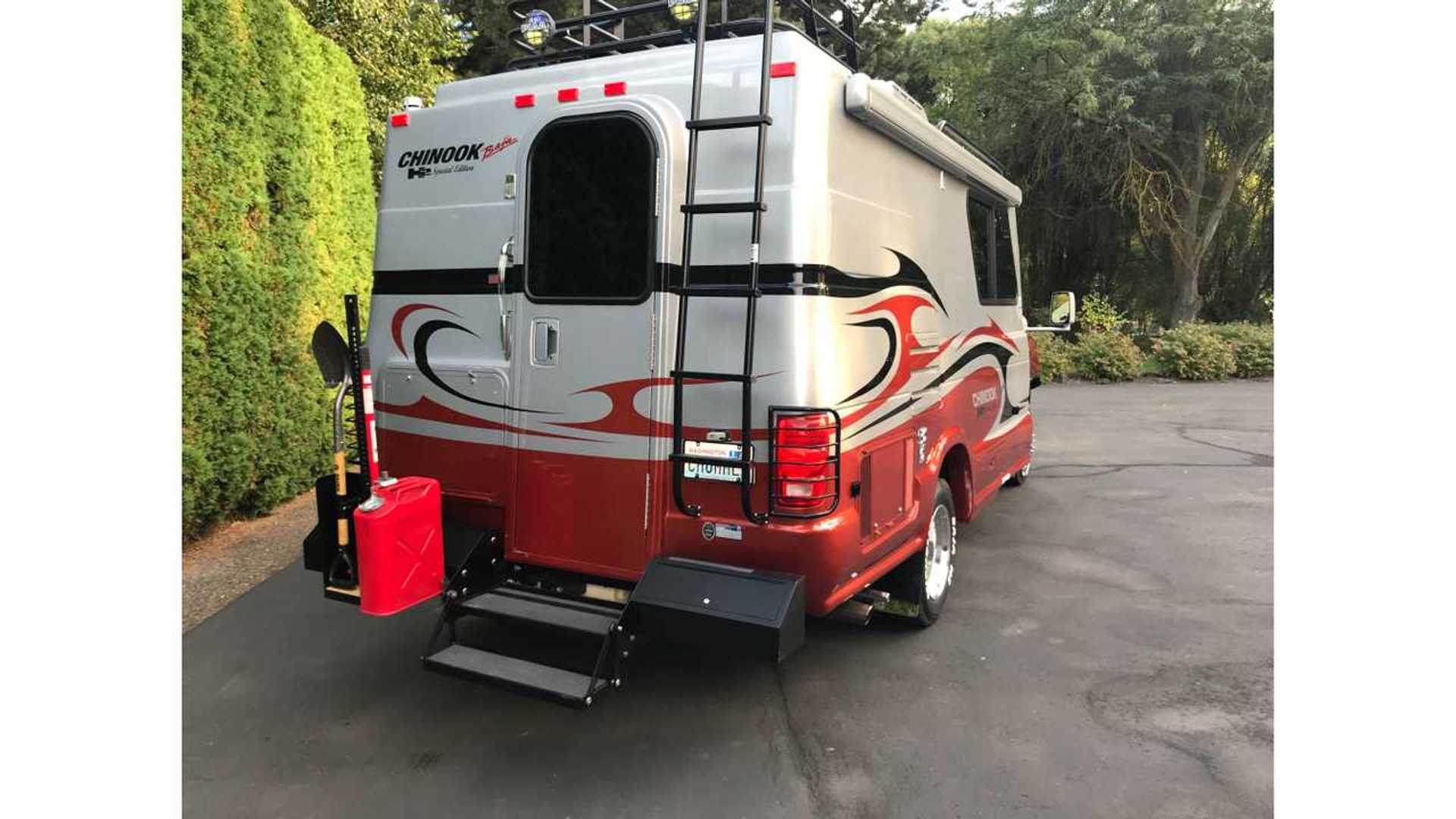 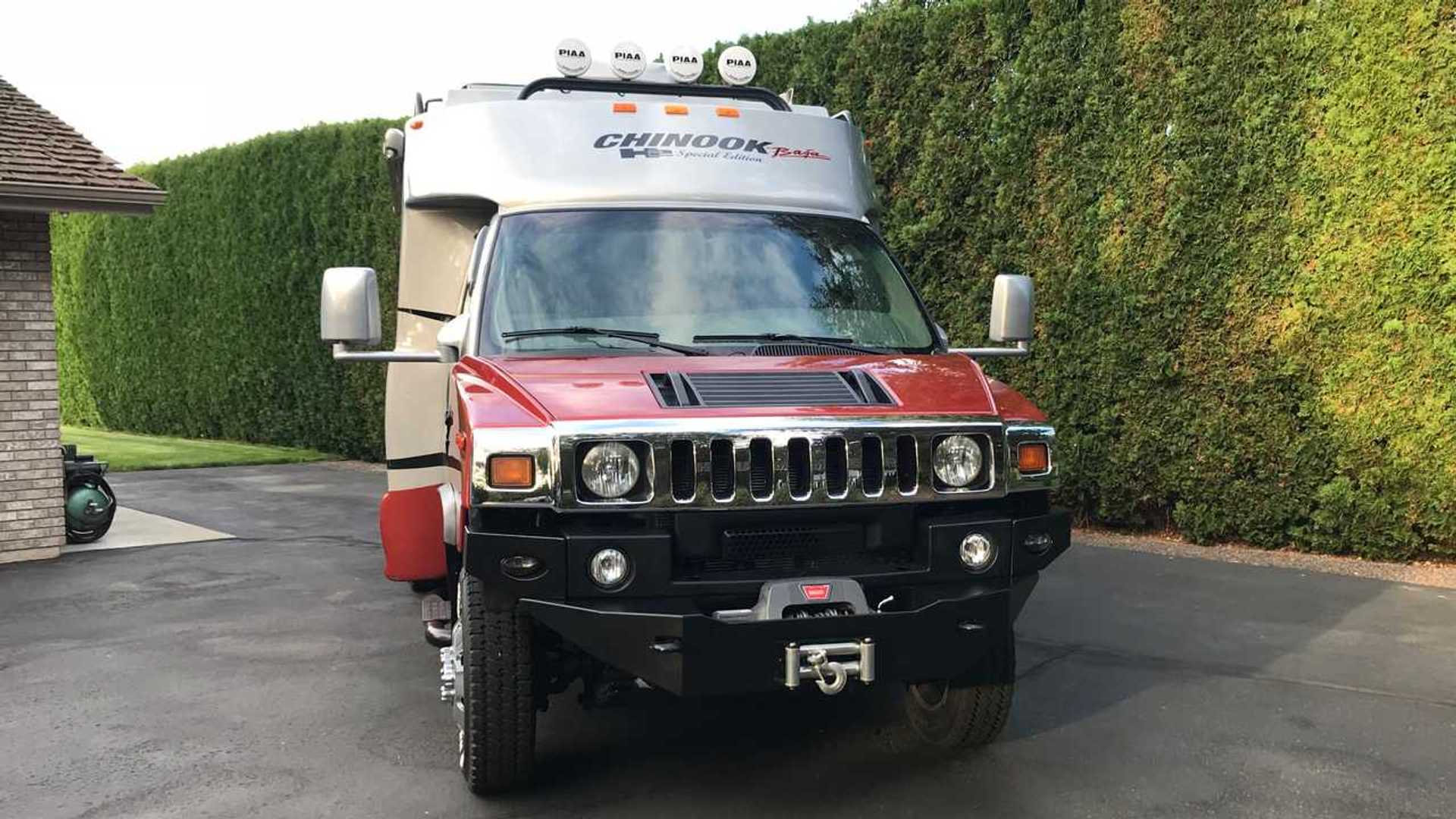 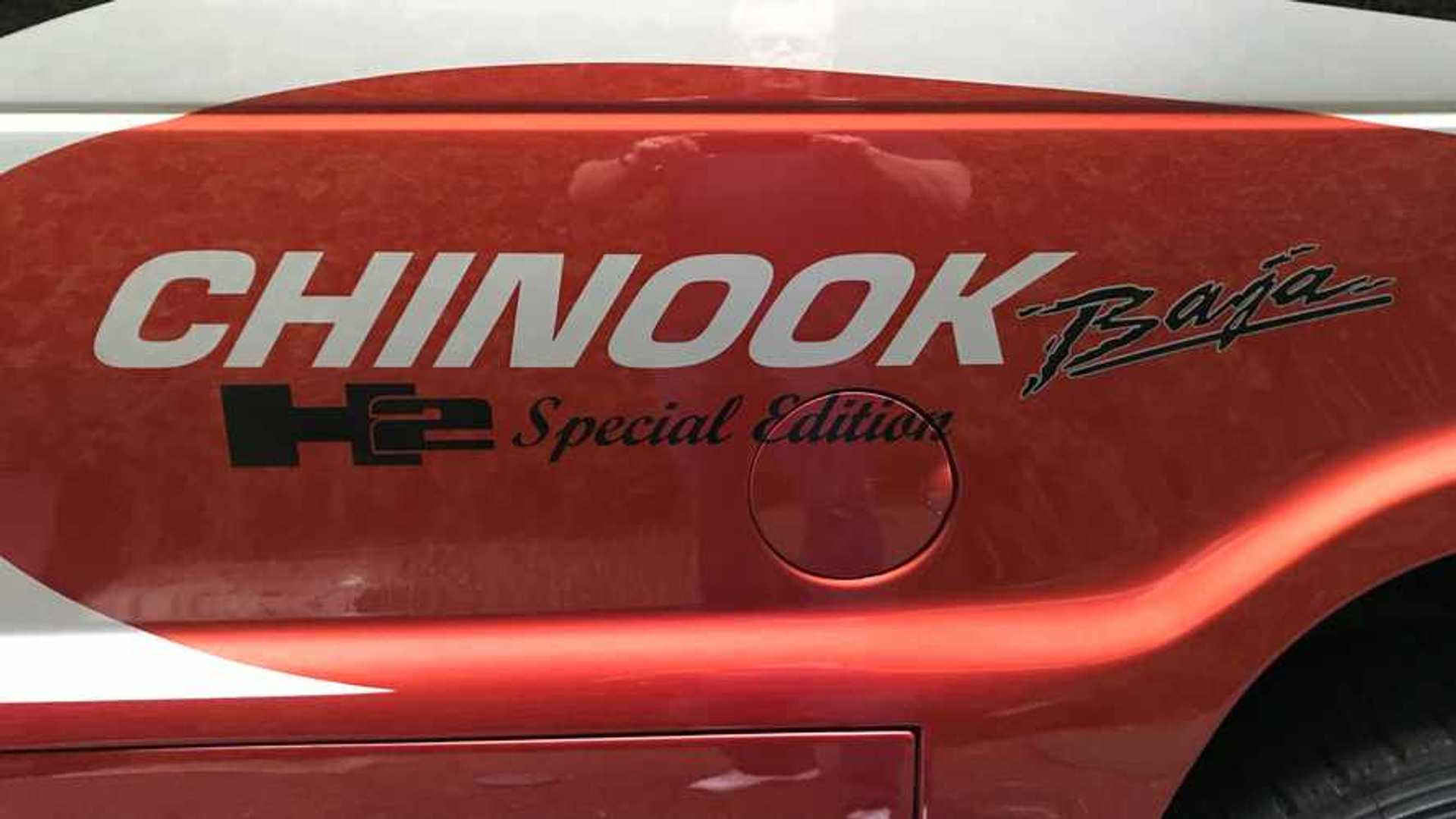 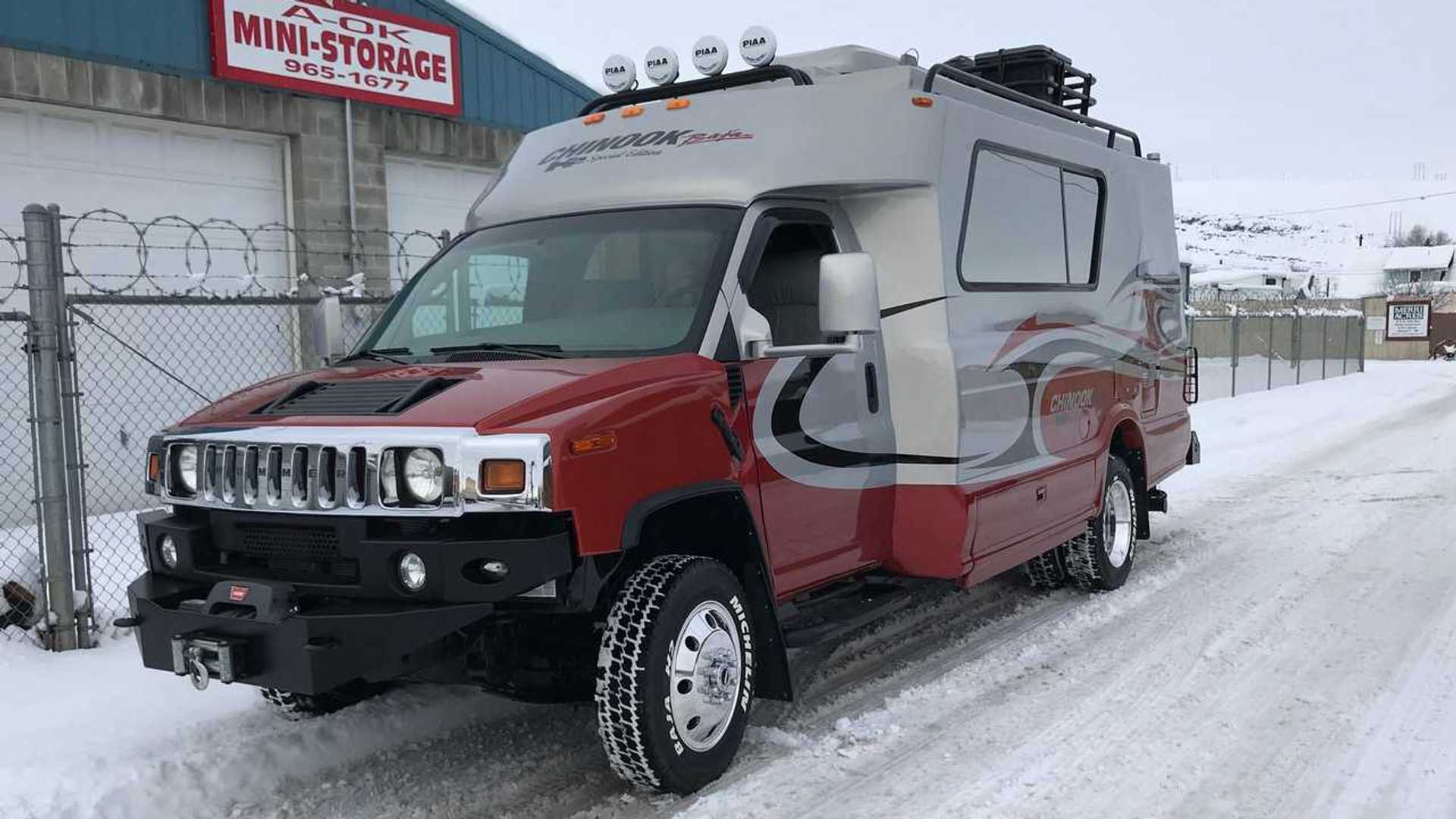 “Gary and I were at lunch one day, and I told him I was thinking about getting one of his Baja motorhomes,” Johnson explained in an interview with Motor1.com. “He said I should try to track down the Hummer Baja he built; I’d forgotten about it! So I went on the hunt to try and find it.”

The search wasn’t easy. Johnson tracked down a business in Minnesota with the same name as the original owner, located in an area where the Chummer was sold. There was a distant family connection, and an employee at the business was familiar with the RV. That person got a note to the owner, who still had it after all these years.

Eventually, the owner contacted Johnson, but even then, getting the stars to line up for a sale proved difficult. Another five months passed, but when the window of opportunity opened in 2018, Johnson booked a flight from Washington State to Minnesota, bought it on the spot, and drove it home.

“He’d only driven it 7,000 miles,” explained Johnson. “The original plastic that was on the floor for the show at Elkhart was still there. The bathroom had never been used even.”

Johnson and his wife have almost doubled the mileage in the last three years, with approximately 14,000 miles now showing on the Chummer. It doesn’t get used much, but when it does go out, the Chummer attracts all kinds of attention.

He’d only driven it 7,000 miles. The original plastic that was on the floor for the show at Elkhart was still there. The bathroom had never been used even.

“We went for a month with it in California and Arizona a couple of years ago, camping at different sites and visiting friends,” said Johnson. “We stayed at one pretty exclusive RV club; there were these two-million-dollar RVs all over, and when we parked, people were coming over to video it constantly. I’d keep looking through the curtains and see four, five people outside looking at it. Just everywhere we went, people wanted to see it, come inside. We had a lot of fun with that.”

Four-wheel-drive Chinook Bajas are already very rare and coveted in the RV world, with only about 25 Ford-based models being built according to Johnson. The original plan called for more H2 Bajas, which are a bit longer and wider than the Ford models, but Chinook ran into financial trouble soon after the Chummer’s debut. It’s the only one in existence, and after a few years of Hummer RV heaven, Johnson is thinking about putting the Chummer back on the market for someone else to enjoy. As for what it might be worth, it’s hard to say since it’s a one-of-one build.

We’ve certainly seen a plethora of four-wheel-drive campers selling at or over that price point. The Chummer is 16 years old, but with just 14,000 miles, it still looks new inside and out. It’s also the only one of its kind in the world, and with such little variety existing in the RV scene, that could make this Chinook Baja H2 priceless.

Special thanks to Mike Johnson for sharing his story and photos of this very special RV with us.