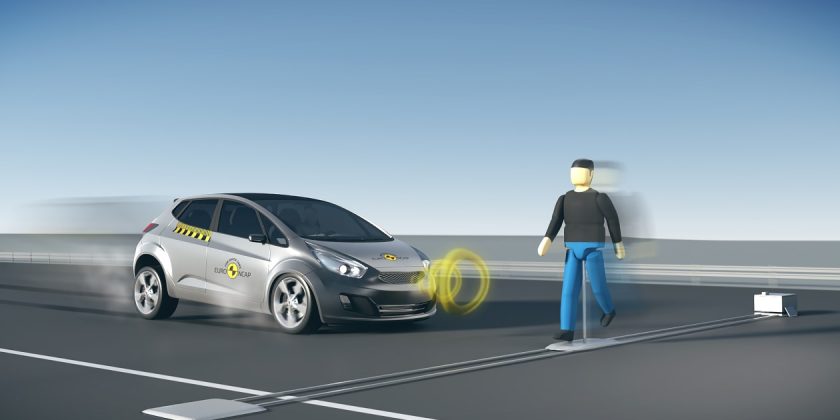 From 1965 to 2018, the number of vehicles on British roads more than trebled; yet during the same period, the number of road deaths reduced by over three quarters. That’s an astonishing achievement. While several factors – including changing attitudes to drink driving and improved medical treatments – have contributed to the fall in deaths on our roads, improvements in car safety have played an enormous role.

To celebrate this, we’ve put together a list of the most significant laws, legislation changes and technical innovations that have come about since the early days of the motor car. From the seatbelt to automatic emergency braking systems, we’ve seen some huge changes over the years and they’ve all contributed to keeping road users safe.

Even in these early days of motoring manufacturers realised that using normal glass in cars was unacceptable, and safety glass that shattered into tiny pieces, rather than breaking into lethal shards, was developed.

Radials, which remain the industry standard today, are constructed from cords that run perpendicular across the surface of a tyre. This provides more strength across the tread while also improving grip.

Crumple zones help the car to fold up in a controlled manner during a crash, absorbing energy that would otherwise impact the driver. Crumple zones are now integral to modern car design.

Another innovation from Volvo, padded dashboards were introduced in an attempt to reduce face and chest injuries in crashes.

All new cars sold are required to have seat belt anchorage points for the front outer seats.

Ruling passed that all cars sold in Britain must be fitted with front seatbelts.

Volvo delivers another first, with front-seat head restraints. These protect the head and neck in rear-end collisions.

Design of windscreens, bumpers, headlights, A-pillars and other front end features altered to lessen the impact suffered by pedestrians if they are hit by a car.

Airbags cushion occupants from hard cabin surfaces in the case of a crash. The first airbags were bulky and emerged from the steering wheel, but modern cars have passenger, knee, shoulder, curtain, and even seatbelt bags.

Mercedes advances ABS by introducing an electronic system in its high-end S-Class model.

1983: Wearing of front seatbelts made compulsory

It becomes compulsory to wear front seatbelts in the UK. Over 90 per cent of British drivers immediately comply.

The first car to feature TPMS was the Porsche 959 and works by measuring the air in the tyres and alerting the driver if the tyres are over or under-inflated via a dashboard display.

The latest round of seatbelt rules come into force – all cars sold in the UK must now be fitted with rear seatbelts.

1991: Wearing of rear seatbelts made compulsory

It becomes a legal requirement for seatbelts to be worn by all rear-seat passengers, including adults.

Once again, Volvo is at the forefront of safety as it introduces side-seat protection airbags in its 850 models to supplement its metal side-impact bars.

Mercedes, with the help of Bosch, becomes the first maker to use ESC, with the S-Class again leading the way.

Kia adds the first knee airbag to the Sportage SUV, although this feature doesn’t reach the UK until the 2003 Toyota Avensis.

The Renault Laguna is the first five-star car, while Euro NCAP introduces the seatbelt reminder assessment.

The safety rating test is made even tougher by the introduction of the child protection rating.

This first appears in Europe in the Citroen C4, C5 and C6, and warns drivers when their car is moving out of a lane.

Developed to lower the risk of injuries for pedestrians when hit by a car. First available on the Jaguar XK and Citroen C6.

Volvo S80 saloon offers a visual alert to notify drivers of vehicles in their blind spots.

This system scans the driver’s head and face looking for telltale signs of tiredness, such as how frequently blinking occurs. If the system considers the driver is too tired, a warning alert will activate.

Introduced into the Volvo XC60 in 2008. The system senses stationary traffic, warns drivers and primes the brakes to stop.

This tech arrives on the next Volvo XC90. Advanced pedestrian detection spots people in the dark, barrier detection steers and brakes if you veer towards a barrier, and active cruise follows cars ahead and lane markings.

Cars communicate with those in front and warn of slippery roads or a breakdown in the way. Also works with traffic lights to tell you how long before it turns green.