Four pots, inline sixes, V8s, and V12s; there’s no shortage when it comes to engine choices. However, there’s one that’s less conventional – the Wankel engine. That’s why for this week’s Want, we’re focusing in on this unique design and one of its ultimate applications.

This is, of course, the Mazda RX-7. It’s not just any RX-7 either, but the RX-7 Spirit R. Loaded with features and plenty of power under the bonnet, it’s also arguably the best variant to roll out of Hiroshima.

Like most third generation RX-7 models, the Spirit R used a 13B-REW engine. This sequential turbo 1.3-liter two-rotor design packed a serious punch too. Under the gentlemen’s agreement, it’s officially rated at 276hp. However, the actual number is probably closer to 315 ponies.

The Spirit R’s real claim to fame though was that it was the end of an era. In 2002, the RX-7 went out of production to pave way for the RX-8. But since it was such a legendary car, Mazda wanted to send it off properly.

To do this, it included virtually every option and feature that made the RX-7 great over its 10-year lifespan. Mazda also went on to add some exclusive upgrades for the car as well. 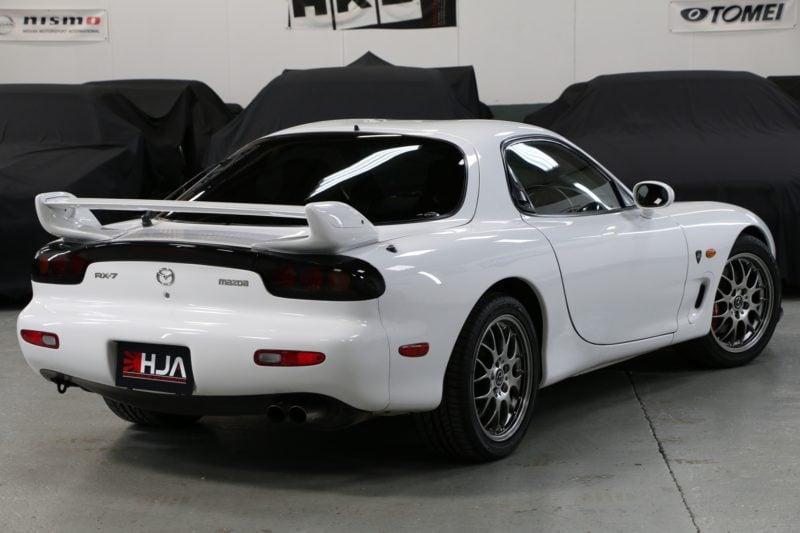 Perhaps one of the most desirable unique options was the paint. For the first and only time, buyers could spec their RX-7 in Titanium Gray Metallic.

What features buyers got was down to which trim they chose. The Spirit R came in three different flavors ranging from the sportiest to the comfiest.

The Type A was the sportiest of these. The biggest difference was that it came with just two seats: a pair of unique red Recaros that really completed the look.

As far as performance upgrades were concerned, it came with massive cross-drilled rotors at all four corners. To further help the braking it also had stainless steel mesh brake lines.

Finally, the Type A also came with a sports suspension made by Bilstein. This kept it planted in the corners and made it a real joy to drive.

The Type B offered many of the same features as the Type A, but in a 2+2 configuration. Unfortunately, this meant giving up the Recaros. In their place, Mazda instead put in custom red leather sports seat both front and rear.

The final trim was the Type C, the least sporty of the three. Like the Type B, it came in a 2+2 configuration with red leather seats. But it left out things like the Bilstein suspension, big brakes, and even a manual transmission. 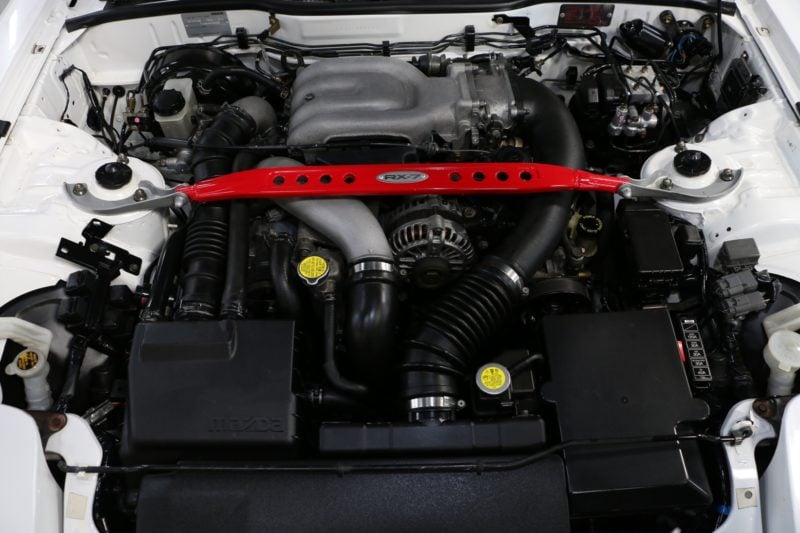 A few options were standard across the three models. This included a set of unique 17-inch BBS-made wheels. Although depending on the trim level, they were either painted or gunmetal.

There was also a steering wheel made by Nardi and a sea of leather throughout the interior.

The example we found for sale by HJA of Essex, UK is a Type A. As this is the most common trim level of the 1,500, it’s also the easiest to find. But since the car was only offered for sale in Japan, finding one elsewhere is fairly rare.

This Spirit R is painted in Pure White and is in impeccable condition. According to the listing, there’s no major knicks, scratches or dents and is completely accident-free.

Seeing as the car had all the options from the factory, not much sets this example apart from other Spirit R examples. That’s probably a good thing though, as modifying something this rare borders on a tragedy.

If you’re not keen on dropping over 50 grand on a Spirit R, there’s an alternative. If you have the car pass for Forza Horizon 4, you can now take a spin around the UK in one. Or if you’d rather jump into Gran Turismo Sport, you can drive the one that came via the v1.10 update.