In a world where you can’t even buy an Italian supercar with a gated shifter, Toyota has emerged as the latest champion of the row-your-own approach.

This isn’t completely out of left field. In fact, you could argue that the Japanese giant is one of the forerunners in the affordable fun stakes. There’s the 86 for starters: it’s rather explicitly about driving enjoyment, eschewing turbochargers and the trend of putting too much rubber at all four corners. More recently, Europe got a taste of the buzzing mad Yaris GRMN, a 209hp hatch the Toyota Motorsport team helped produce in limited numbers. Then there’s the upcoming Supra, a return of one of the most revered nameplates in automotive enthusiast circles.

The latest model to preach enjoyment over automation, however? The Corolla.

We know what you’re thinking, but this isn’t the regular sedan. No no no, this is the new-for-2019 Corolla. And it’s a hatch — a good-looking one, too.

This new model comes with a CVT as well as a six-speed manual. Toyota Canada invited us to its Toronto HQ for a day focused on the latter, observing the people it had to impress: actual potential customers. 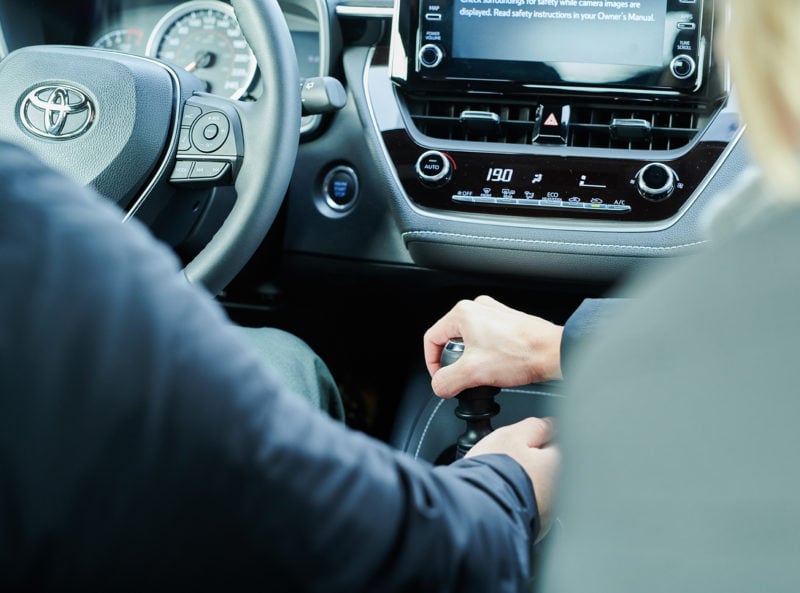 This comes in the form of the “Intelligent Manual” (IM) button on the center console. Activating it not only turns on downshift rev-matching, but it allows the hatch to feed in throttle if it senses a stall coming.

It made for uncannily smooth progress. Toyota had set up a basic pylon-lined course in the parking lot for drivers to get to know the car. One after the next, they sailed through. IM Mode let these folks — most of whom had never driven a manual before — learn the ropes in stages. Once they became familiar with the bite point and the process of shifting, the instructors, led by Motoring TV’s Russ Bond, deactivated the safety net.

The drivers got a bit more time to take in the manual experience au natural, before the real test began. Toyota folks suction-cupped a bowl of water to the top of the windshield. Every driver would have to complete one lap of the circuit, and then see how much water was left. It was a heated competition, with the measurements going down to two decimal places. 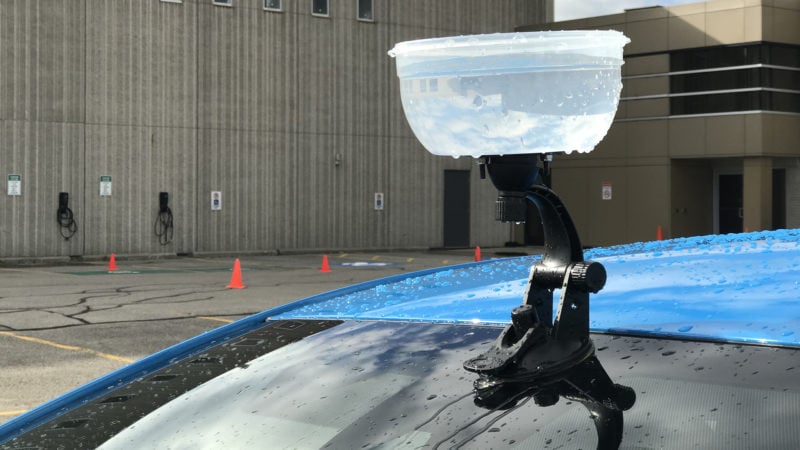 Every driver we spoke to after their attempt had a similar thing to say: that the manual made them more mindful of what they were doing behind the wheel. Indeed, focusing on the act of driving is a major selling point Toyota is pushing here, particularly for younger drivers. Distracted driving is a modern problem. But pair a new driver with a stick and clutch pedal and their brainpower will be directed towards the gearbox instead of their inbox.

Of course, the practical advantages aren’t the only selling point here. A manual brings its own fun to the equation, as VP of Toyota Canada explains:

“Auto enthusiasts have been singing the praises of the stick shift for a long time now, and with good reason. We’ll always be committed to developing the latest technologies and continuing to raise the bar when it comes to our vehicles, but sometimes, it’s great to get back to basics and rediscover a true love of driving. There’s nothing like the visceral connection between you and the road when you’re driving stick, and we proved this yesterday right here in our parking lot.” 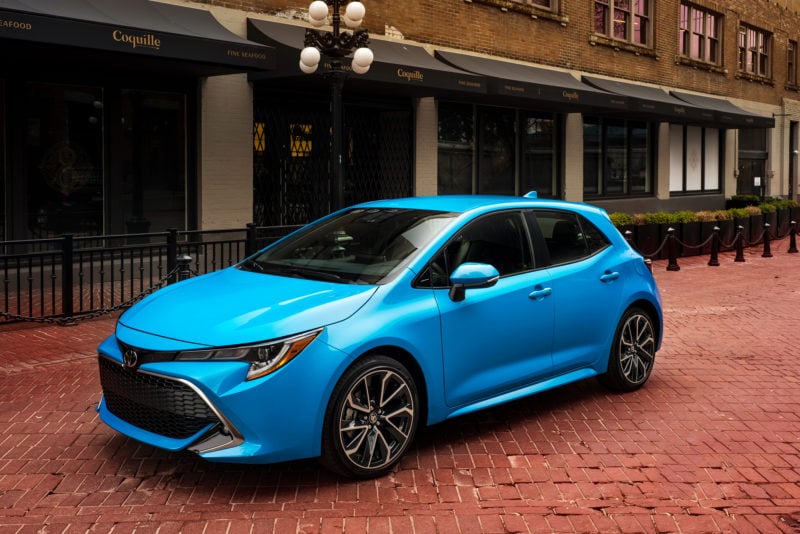 It’s great to see Toyota embracing the #SaveTheManual movement with the Corolla Hatchback. Not only does it present a very affordable entry point into driving ($20,980 CAD / $19,900 USD), but also a return to form of sorts for the nameplate itself.

Toyota had a handful of classic cars lined up at the event, including a very clean AE86. Sure, the new car isn’t rear-drive, but the ethos is similar. It’s stylish, affordable (without feeling cheap), features five doors, and has a peppy, 168hp four-cylinder engine hooked up to a slick-shifting manual transmission. Its ’80s era grand-dad inspired an entire generation of gearheads — and the PlayStation era gifted it almost mythical status. Now that the folks who grew up playing games are buying cars, they have a new option in the same spirit as the original. Fun is in.