The Eighties gave us a lot of great things, and it’d be impossible to put them all in one car. But, the Peugeot Quasar at least fused two of the best Eighties things together—wacky concept-car styling and Group B rally.

Welcome to the second installment of Concept of the Week, a weekly celebration of automotive dreams of the past. Every Monday, we’ll highlight a favorite concept car. Let us know what you want to see. -Ed. 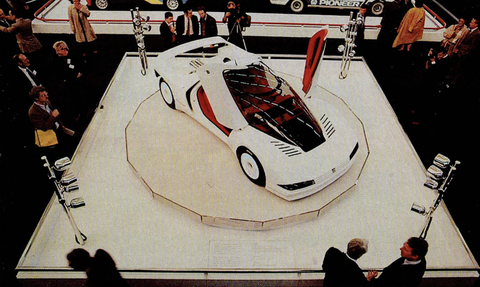 The Peugeot Quasar debuted at the 1984 Paris Motor Show, a mechanical twin of the French automaker’s 205 T16 rally car, which had just made its debut in the World Rally Championship. The Quasar’s mid-mounted engine was a 1775cc 16-valve twin-turbo four-cylinder that sent 600 horsepower to all four wheels via a five-speed manual gearbox. Ted West reported in the January 1985 issue of R&T that the Quasar had a fixed 40-60 front-rear torque split, with limited-slip differentials at both axles. The suspension was apparently F1-grade, and its 16-inch center-lock alloys were wrapped with Michelin MXX tires.

Not much else was shared with the 205 T16, other than rear taillights. Original press material from Peugeot said the Quasar’s bodywork was made from carbon fiber and kevlar. The interior is especially wild, with an abundance of red leather, a digital gauge cluster, a CRT monitor displaying navigation info in center, and a Clarion CD player. Inside, the Quasar looks like something that came from a tuner like Gemballa, not a major OEM. 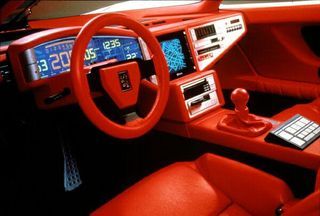 The man responsible for that crazy interior a titan of automotive design—Paul Bracq. The French-born Bracq rose to prominence at Mercedes, penning the stunning “Pagoda” SL among other cars. At BMW, Bracq designed the Turbo concept and the first-generation 7-Series. Exterior styling came from Gérard Welter, the head of Peugeot design at the time. The Quasar was actually the first concept car created in-house by Peugeot

Welter and Bracq were responsible for the original 205, and while the Quasar is totally wild, you can see influence from the little hatchback. In turn, the Quasar (especially its front fascia) went on to influence a generation of Peugeots. The 405 sedan has a lot of Quasar in its styling, as do the later 106 and 306.

The car is reflective of Peugeot at a high point in its long history. Just a year earlier, the 205 went into production. The car was an immediate hit, transforming Peugeot’s image as solely a builder of sturdy, but uninspiring sedans to a totally modern company. The 205 GTI came out the same year as the Quasar and quickly set a benchmark for hot hatches. And in 1985, the Quasar’s mechanical twin, the 205 T16, would dominate the World Rally Championship.

It’s doubtful that Peugeot would’ve ever put the Quasar into production, but at least its mechanicals were used in the 205 T16 road car (albeit with one fewer turbocharger and 400 fewer hp). This was a statement.

West gave it the “Gawdamighty Award for most dropped jaws” in R&T. Thirty-six years later, the Quasar is still jaw-dropping. 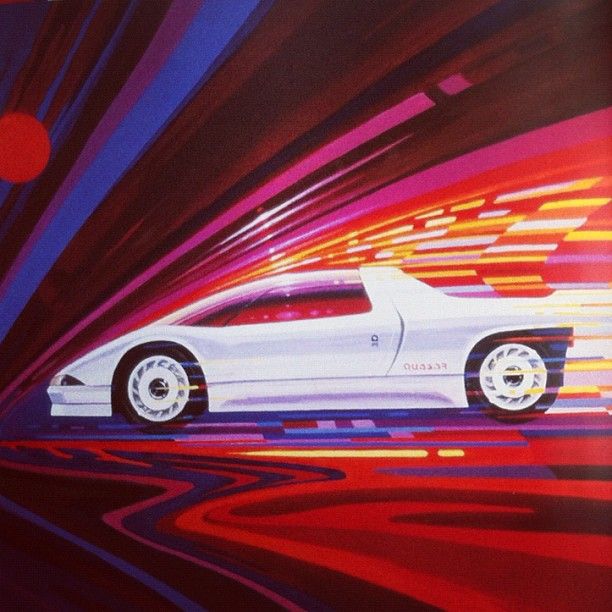