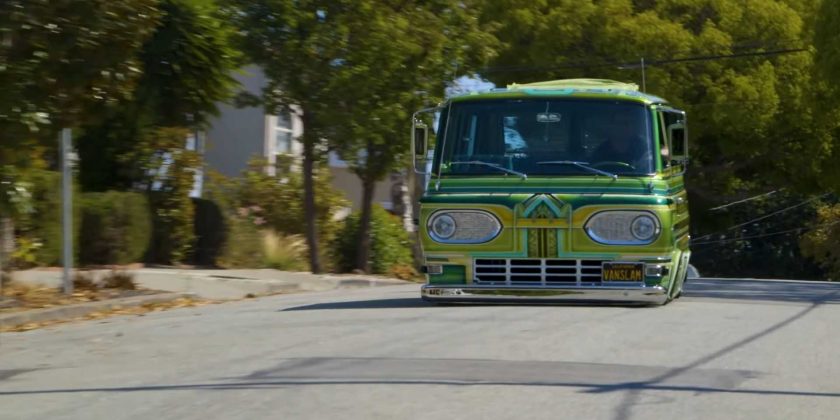 Certain automotive subcultures have go-to cars of sorts. For instance, the track day crowd would consider a Mazda MX-5 or an E36 3 Series. On the other hand, lowriders default to a classic GM B-Body or G-Body, such as a Chevrolet Impala or a Buick Regal. Of course, some prefer to make a statement by starting with something completely different.

For Gary Villeggiante, he wanted to build a different kind of lowrider. Instead of going for the usual platforms, he decided to go for a 1967 Ford Econoline Falcon Club Wagon. Dubbed the VanSlam, Villeggiante bought the van in a derelict state and transformed it into a show-winning ride.

Villeggiante said it all started when he spotted the van sitting on the street and asked the owner if they wanted to get rid of it. The owner said they would let it go for $1,000, kicking off this unique build. Within days of picking up the Club Wagon, Villeggiante started working on it and originally planned on keeping the exterior untouched. However, his friend, Tyler Pullen of TP Custom Chop Shop, convinced him to do otherwise.

The result is a green paint job with unique patterns, shades, and pinstripes. There is more green inside, too, from the side panels to the seat upholstery. Villeggiante also cut a massive hole on the roof to let a lot more sunshine in the van. Then there’s the air suspension that allows this van to sit as low to the ground as possible.

Last but not least is the engine swap. This van no longer uses the straight-six options offered in the ’60s. Instead, the Econoline now packs a 4.8-liter V8 straight from a Chevrolet Express van. The owner reckons it puts out about 300 horsepower.

The van has been a hit with the custom car scene for the past couple of years. Some of the awards it collected over the years include the 2020 Grand National Roadster Show and the 2020 Sacramento Autorama. It’s quite an achievement when all Villeggiante wanted to prove was that he could make a distinct lowrider out of a van.