Car enthusiasts have no shortage of complaints about Toyota’s performance car lineup. They say the 86 isn’t powerful enough. The Lexus RC F is too heavy. The GS F is underpowered. The Supra is a BMW. There’s no manual. Nothing is good enough. But if there’s anything that can shut them up, it’s this: a V-8, rear-wheel-drive, built-from-Toyota-parts Celica available with a manual transmission. Good news is, it’s for sale.

Welcome to You Must Buy, our daily look at the cars you really should be buying instead of that boring commuter sedan.

For anyone not familiar with the last-generation Celica, note that it was neither rear-wheel drive nor V-8. It was a relatively tame proposition, decried in its day for its betrayal of the Celica name. It had a four-cylinder engine that, in its most potent guise, made 180 horsepower. Those ponies must have gotten lost, too, since they went to the front wheels rather than the back as God intended.

But wrongs can be righted. The owner of this car—a Toyota engineer, according to the ad on Facebook marketplace—decided to swap out the drivetrain completely. Out with the transverse four cylinder powering the front, in with a 4.3-liter Toyota 3UZ V-8. Power now goes to the rear wheels, with some front-end modifications necessary to fit the double-sized motor under the hood. 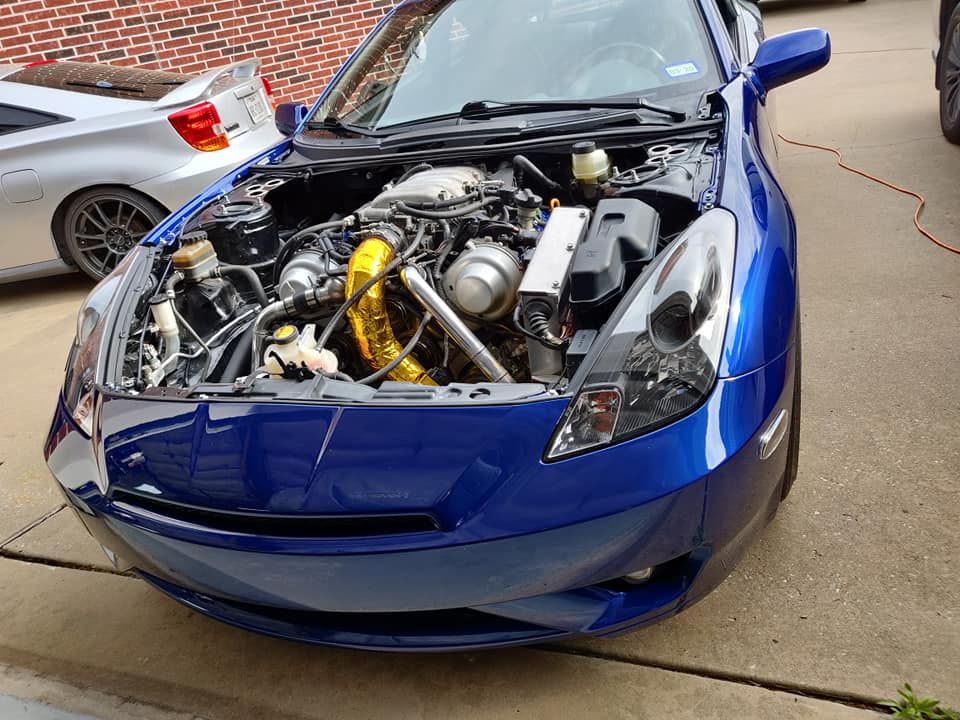 Power is now at 320 hp, more than double the standard output of a last-generation Celica. And because it’s been done by a Toyota engineer, it’s probably all proper. The suspension comes from a Supra, the brakes have been upgraded, and all of the computers play nice. It’ll still pass emissions with its fully functioning OBD interface, while Lexus wheels and a redone leather interior class it up. The price is variable: if you’re okay with an automatic, it’s $29,000. But if you want the seller to drop in the manual, they’re asking $33,000. Still cheaper than a new Supra.