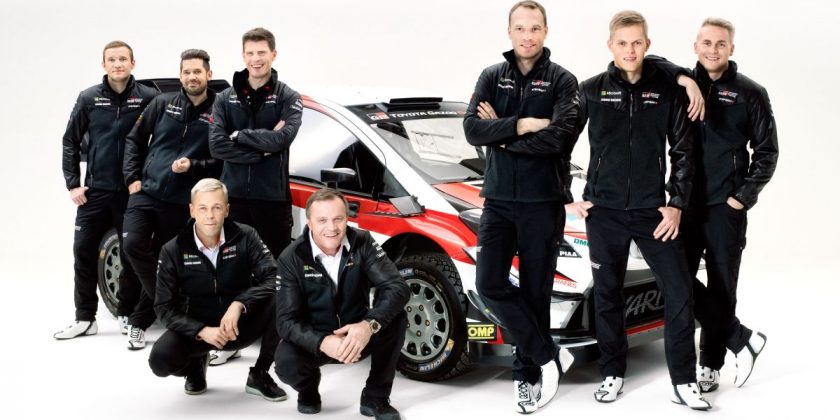 Tommi Mäkinen (kneeled at the front)

Toyota has announced the appointment of Tommi Mäkinen as the company’s motorsport advisor from January 2021, with the aim of “further advancing the manufacturing of ever-better cars.” This is indeed a prudent move, considering the four-time World Rally Championship (WRC) champion helped lead the Japanese carmaker back to glory in rallying.

According to Toyota, Mäkinen’s day-to-day responsibilities will include the “development of motorsports-bred GR vehicles, strategic planning of motorsport activities, and driver talent development.” As a result, Toyota Gazoo Racing WRT will be managed directly by Toyota from 2021 through Toyota Gazoo Racing Europe GmbH, with core staff from Tommi Mäkinen Racing Oy being maintained.

“The goal of the Toyota WRC project was to restart the world rallying operation effectively with the flexible organization which only a small company can achieve. I am happy to say that this goal has now been reached and it is time for me to move on to new challenges with Toyota,” said Mäkinen.

“I want to thank Akio Toyoda for trusting me with this project and supporting us all the way to reach the goals we set together. I am looking forward to continue the work with him, designing the future of Toyota in motorsports,” he added.

“It was only after I met Tommi that I was able to decide on Toyota’s return to the WRC. It is because of his support that we are able to win at the WRC. And by leveraging his expertise, we were able to create the GR Yaris, a 4WD sports car,” commented Akio Toyoda, president of Toyota Motor Corporation.

“Going forward, he will be our motorsports advisor. In addition to providing expert advice on how to win races, as he has been doing, we expect him to provide a broad range of advice so that Toyota can produce ever-better cars. Even after the appointment of this role, the fact that he will continue to be my driving instructor will not change. ‘Tommi, let’s drive together again!’” he continued.