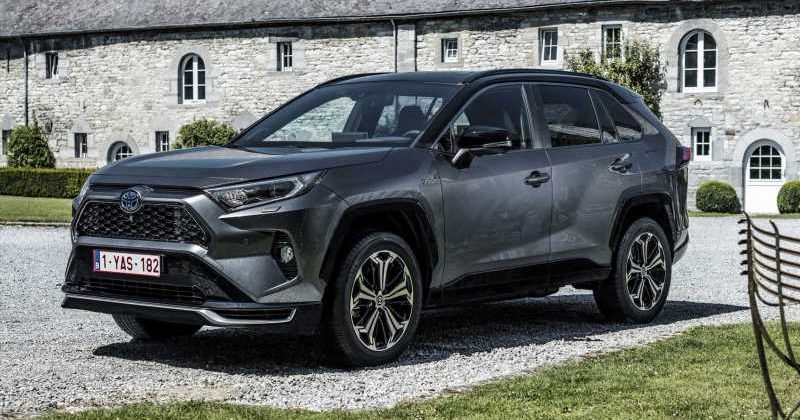 New plug-in hybrid Toyota RAV4 will have a maximum electric range of 46.6 miles and return almost 300mpg on the WLTP cycle 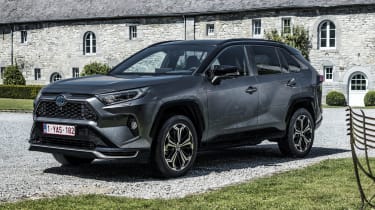 Toyota has released some more powertrain specs for the new plug-in hybrid RAV4. When it reaches the UK market in spring 2021, it promises to be the most powerful and most fuel efficient version of the SUV to date – and it’ll offer renewed competition for the Hyundai Tucson and Volkswagen Tiguan.

Toyota’s plug-in hybrid RAV4 is powered by a 2.5-litre four-cylinder Atkinson Cycle petrol engine, an 18kWh lithium-ion battery pack and two electric motors. The system has a combined output of 302bhp, giving the SUV a claimed 0–62mph time of six seconds and a best in-class all-electric range of 46.6 miles.

The firm’s claimed fuel economy and emissions figures are equally impressive. Toyota says the PHEV RAV4 will return up to 282.5mpg on the WLTP combined cycle, while emitting only 22g/km of CO2. What’s more, in an urban environment, the SUV’s electric range can be stretched to as much as 60 miles.

Like the standard RAV4 hybrid, the PHEV model features Toyota’s electric all-wheel-drive system, with the combustion engine and front electric motor powering the front axle, and a separate rear-mounted electric motor powering the rear axle. Both motors also feature regenerative braking to charge the battery – the strength of which can be adjusted using a pair of paddle shifters mounted to the steering wheel.

Positioned as the flagship variant of the SUV’s line-up, it will feature a handful of styling revisions and plenty of standard equipment. Features and options will include 19-inch alloy wheels, heated front and rear seats, a bi-tone exterior paint finish, automatic tailgate, panoramic roof, head-up display, and a nine-inch infotainment system that is compatible with Apple CarPlay and Android Auto.

What do you make of the 298bhp Toyota RAV4 Prime? Let us know in the comments section below…