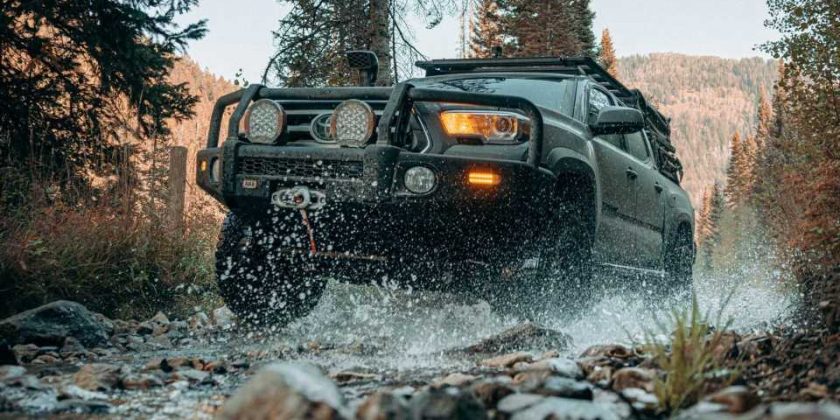 The 2021 Specialty Equipment Market Association (SEMA) Show is currently underway and apart from the Toyota Tacozilla, which brings back the retrolicious Chinook styling into the modern Tacoma, the Japanese automaker is also showcasing three other truck concepts at the Nevada exhibition.

The main occupants of the floor are two flavors of the recently-updated third-generation Toyota Tundra, as well as an overlapping concept version of the Tacoma.

The Toyota TRD Desert Chase Tundra is meant to be a support vehicle for off-road racing. That said, it’s just as capable as any off-road racer, and more. Marty Schwerter at the Toyota Motorsports Garage made the concept a reality just in time for the 2021 SEMA Show with the 2022 Tundra TRD Pro as the base vehicle.

The other Tundra on display at the 2021 SEMA Show actually showcases production accessories available for the all-new truck. The Tundra here comes with the Supersonic Red paint theme, while the featured accessory is a 3-inch TRD lift kit that provides an additional 2.6-inches of additional ground clearance and increases the approach, departure, and break-over angles by 5 degrees, 1 degree, and 2 degrees, respectively.

Of note, these accessories will be available at the dealerships when the 2022 Toyota Tundra goes on sale.

Lastly, Toyota is also featuring an overlapping concept for the Tacoma, created in collaboration with Cruiser Outfitters. It is Toyota’s vision of the perfect overlanding rig based on the versatile Tacoma SR5. Aftermarket modifications include an Old Man Emu BP-51 adjustable suspension system with Old Man Emu upper control arms and Dakar leaf springs added to the rear suspension.

Meanwhile, other kits include ARB Summit Combo Bar with fog lights, an Expedition One dual swing rear bumper system and Ultra HD skid plate system, and rocker protection/rock sliders. It also comes with a Yakima rooftop tent at the back.