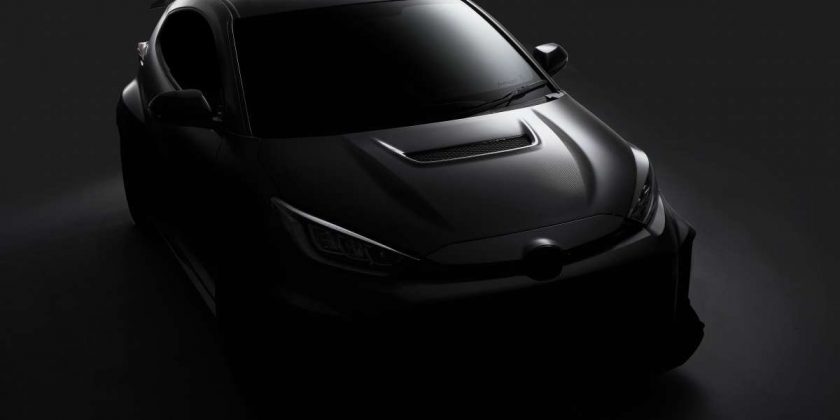 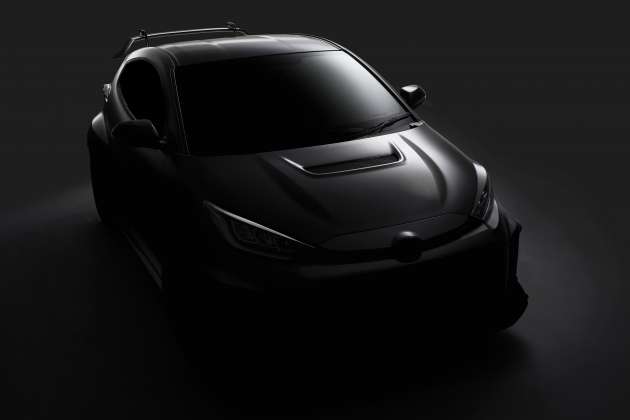 We’ve seen some interesting previews so far for the Tokyo Auto Salon, which will run from January 14 to 16 at the Makuhari Messe. But it’s Toyota that is bringing out the big guns this year with the scheduled reveal of not one, but two high-performance vehicles.

The first and by far the most exciting is a highly tuned version of the GR Yaris, set to push the capabilities of the already-potent standard car by several notches. This is likely the finalised version of the modified prototype that was caught undergoing Nürburgring testing all the way back in October 2020.

No details have been released just yet, but we can already spot some serious hardware from the shadowy teaser, including a vented carbon fibre bonnet, a front splitter that juts out a lot further than standard, deeper side skirts and a large swan-neck rear spoiler. Also expect some under-the-bonnet tweaks to push even more power from the 261 PS/360 Nm 1.6 litre turbocharged three-cylinder engine.

Next on the list is the race-ready GR GT3 Concept, which as the name suggests will be built to GT3 regulations. This category of race cars is experiencing something of a boom at the moment, with the Deutsche Tourenwagen Masters (DTM) already having moved over to the formula.

The World Endurance Championship (WEC) is also switching its GT racing categories over from the purpose-built GTE regs starting starting in 2024. Could we see Toyota expanding its endurance racing efforts beyond the top-flight WEC Hypercar class? We shall have to wait and see.

Aside from these two cars, Toyota will also be displaying the WEC title- and Le Mans-winning GR010 Hybrid, as well as various race cars from Super GT, Super Formula and the Japanese Rally Championship. A number of GR Heritage Parts for the company’s iconic back catalogue of sports cars will also be shown.