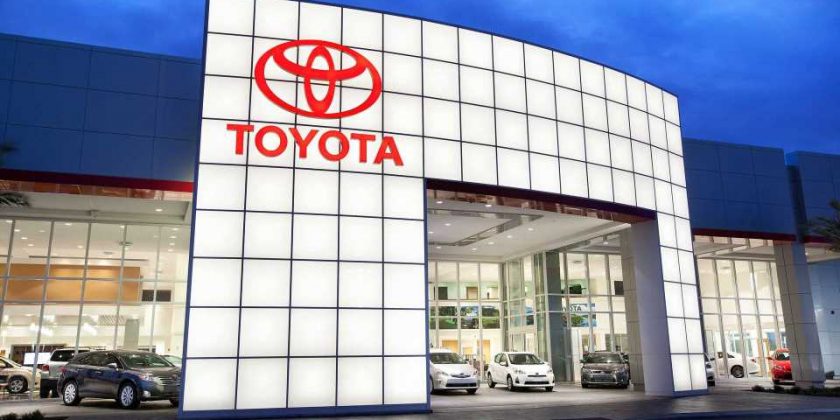 The 2022 J.D. Power Automotive Brand Loyalty Study is out, and there is a clear favorite among new car buyers. Actually, there are four favorites, but only one brand captured two categories in the study. That brand is Toyota, but Ford scored the highest percentage of loyal buyers by a slim margin.

The study is in its fourth year, and it surveys buyers of new cars exclusively. Moreover, it focuses on buyers who trade in a vehicle of the same brand for their new purchase. The study, therefore, encompasses franchised dealerships only, using data pulled from J.D. Power’s Power Information Network. Used cars are certainly in-demand right now, but this study offers an interesting window into the world of loyalty for those patient enough to get a new car amid reduced inventories.

And Toyota has quite a loyal following. The automaker ranks at the top for mass-market car and SUV segments, scoring a loyalty rate of 62.2 percent for cars and 63.6 percent for SUVs. Premium brands are also ranked for cars and SUVs; Porsche achieved a 57.4 loyalty rate for cars to take the title, with BMW ruling SUVs at 58.6 percent. Trucks are the final category in the study, and that honor goes to Ford. Its loyalty rate is 63.8 percent, barely beating Toyota for the highest percentage in the entire study.

“There are multiple paths to keeping owners loyal, but every winning brand showed a commitment to launching fresh products, excellent processes focused on the vehicle owner, high residual values, and offering vehicles with great appeal,” said J.D. Power VP of Data and Analytics Tyson Jominy. “And, for the most part, they’re all winning with market share.”

Premium brand runner-ups included Genesis for cars at 54.6 percent, and Lexus at 56.4 percent for SUVs. Second-place in mass-market cars went to Kia at 54.1 percent, and Subaru for SUVs at 62.6 percent. Toyota nearly had three wins, finishing second behind Ford in the truck category with 58.7 percent.

Check out some of the recent new vehicle debuts and more in the Rambling About Cars podcast, available below.