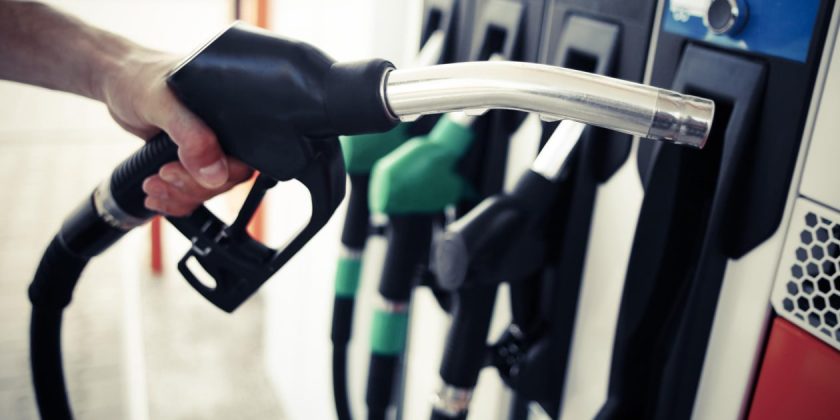 Following a spate of petrol station closures at the weekend, and ongoing reports of supply problems at filling stations around the country, protest group Just Stop Oil says its efforts to blockade oil terminals will continue.

The group, which is affiliated to Extinction Rebellion, issued a statement this morning saying up to a dozen of its members remained locked to pipework at the Inter Terminal in Essex, while a number of people are still occupying a tunnel under the major access route for the Kingsbury Oil Terminal in Warwickshire.

The group claims that over 400 people have participated in actions to halt operations at critical supply depots that began early this month, and which have successfully halted operations for up to 24 hours at a time. It says that up to one-in-three filling stations are currently being reported as shut in the South of England. Unusually, the Petrol Retailers Association has refused to reveal how member retailers are being affected, so we can’t test the truth of the Just Stop Oil claims.

“Just Stop Oil protest activity at some oil terminals has led to short-term disruptions to fuel deliveries over the past few days. The police are working to remove protestors from sites so normal deliveries can resume,” said a spokesman for the Department for Business, Energy & Industrial Strategy.

“We are working closely with industry to ensure that supplies are maintained. The public should continue to purchase fuel as normal.”

Many drivers have expressed outrage about the protests and resultant filling station closures on social media, while the Essex Constabulary’s deputy chief constable told the Daily Mail that policing the protests had already cost in excess of £1 million last week. He wants the oil industry to provide more on site security in order that protestors can be dealt with more swiftly in future.

Priti Patel the UK Home Secretary said: “Hard-working people across our country are seeing their lives brought to a standstill by selfish, fanatical and frankly dangerous so-called activists.

“Keir Starmer’s Labour Party repeatedly voted against our proposals that would have given the police extra powers to deal with this eco mob. The police have my full backing in doing everything necessary to address this public nuisance.”

Patel was making a reference to Labour’s refusal to support the Police, Crime, Sentencing and Courts Bill, but that proposed legislation has in fact attracted cross-party opposition in the House of Lords, due to what some see as the creation of new and draconian police powers to curb protests of all kinds.

Fuel supplies under threat due to Russia’s attack on Ukraine

While UK fuel prices have rocketed following Russia’s war on Ukraine, we’ve so far been spared fuel shortages at UK petrol and diesel pumps as a direct result of that action. In a move to try and guarantee supplies as the conflict continues, UK prime minister Boris Johnson met OPEC ministers recently, while US president Joe Biden also announced measures to increase supplies from the country’s Strategic Petroleum Reserve.

“We’ve got to get ourselves off Russian hydrocarbons,” Mr Johnson told a Sky News reporter. “They’re a massive part of the global market for hydrocarbons, helping to drive the price.

Need to sell your car?

“We need to talk to other producers about how we can move away from that dependence. Vladimir Putin over the last years has been like a pusher, feeding an addiction in Western countries to use hydrocarbons. We need to get ourselves off that addiction.”

As the Ukrainian crisis continues, the spectre of diesel rationing could be on the cards within weeks, at least according to some in the oil industry. Analysts who were quizzed on 14 March by MPs from the Treasury select committee included Dr Amrita Sen from research company Energy Aspects. She said its experts thought the oil price could easily rise by 50 per cent and, without any intervention by the government in the form of reduced fuel duty, that could mean petrol prices going up to £2.40 a litre.

Dr Sen also suggested diesel could rise even further to £3 per litre, as it’s used more heavily by industry and the UK relies on Russia for 18 per cent of stocks. She said diesel rationing was already likely in Germany before the end of the month, and raised the spectre of a similar situation developing in the UK.

Less petrol than diesel comes to the UK from Russia, so there’s less fear of rationing. Nonetheless, Nathan Piper, head of oil and gas research at Investec Bank, told MPs that consumers needed to get ready for continued price rises.

However, in spite of the gloomy predictions, the market price for oil has dropped back to around $100 dollars a barrel from its high last week approaching $140 dollars, so there’s a reasonable expectation that petrol prices should soon fall back too.

What started the last petrol shortage?

The last fuel crisis in the UK was in the autumn of 2021 when panic-buying on forecourts was instigated by BP’s announcement that its tanker driver shortage meant it would struggle to fulfil some deliveries.

At the time the closures were more of an inconvenience than a crisis, as neighbouring filling stations are typically served by different suppliers. However, the Road Haulage Association warned drivers to expect more temporary petrol station closures in the coming weeks as the industry struggled to fill driver vacancies; panic buying started soon afterwards.

The government responded to the worsening situation by relaxing competition rules for the oil industry, which meant oil firms were temporarily able to work together to manage stocks and distribution. The government also provided army drivers to continue fuel deliveries, and 6,000 temporary visas were offered to HGV drivers from overseas.

Grant Shapps, Secretary of State for Transport told the BBC he had a simple message for drivers: “Carry on as normal, there’s no shortage of fuel in the refineries. This is a systemic longer term problem which has been massively exacerbated by the lack of HGV driver testing [due to Covid]. The fuel is there, it can continue to flow.”

Looking to ditch your petrol or diesel car for an EV? Check out our list of the best electric cars here…