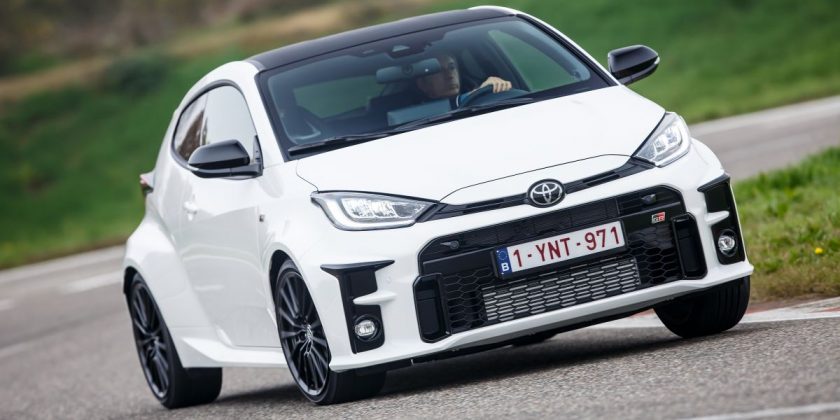 Since December 7, Toyota Malaysia’s social media pages have featured posts that carried the words “it can wait,” along with a reminder to tune in on December 17 at 7.30pm. These posts don’t really provide much in the way of details, and UMW Toyota Motor (UMWT) isn’t giving anything away, as in an earlier release, it merely stated that several key announcements will be made on the day.

However, the company’s latest post does suggest something sporty is on the way, seeing how a racing helmet is prominently shown. This isn’t the first time a helmet is featured, as another post on December 14 also featured one alongside a baby and the words “meet our newborn.”

Putting these vague clues together, could the newborn that UMWT is suggesting be the GR Yaris? The idea of the GR Yaris being launched here has been mooted ever since the company posted a photo of the performance hot hatch way back in July, although it’s been mostly speculation since then.

Of course, we’ll have to wait to see what UMWT has in store for us, but having the GR Yaris to complement the GR Supra that is already on sale here should provide a further boost to the Gazoo Racing brand in Malaysia, with other initiatives being the Vios Challenge one-make race series, Young Talent Development Programme and GR Garage.

If it’s ever made available here, the GR Yaris would certainly be a tempting option for hot hatch fans. The base for Toyota’s next WRC rally car is powered by a G16E-GTS 1.6 litre turbocharged three-cylinder engine, it serves up 272 PS and 370 Nm of torque, with power sent through a six-speed manual gearbox to an all-wheel-drive system with front and rear Torsen locking differentials.

Keep in mind that UMWT said that “several key announcements” will be made on the day, so we could be looking at more than one reveal on December 17. The caption in its latest post also reads “you’ll remember their names,” which further reinforces the notion. Once again, only the company has all the details and we’ll only find out more tomorrow.

In the aforementioned release, Ravindran Kurusamy, president of UMWT, said, “whatever you’re doing on December 17, 2020 – it can wait! We have surprise to share, and let’s just say that there’s a bit of something for everyone to appreciate especially after what has been an incredibly challenging year for Malaysians on all fronts.”

“In many ways, what will be announced during the online event on December 17, 2020 will be an industry first for Toyota, and will be the foundation to ushering in an exciting 2021,” he continued. Even UMW Toyota Motor deputy chairman Akio Takeyama chimed in, saying that the “brand seeks to ramp up its involvement, activities and programmes in an even bigger and meaningful way in 2021.”