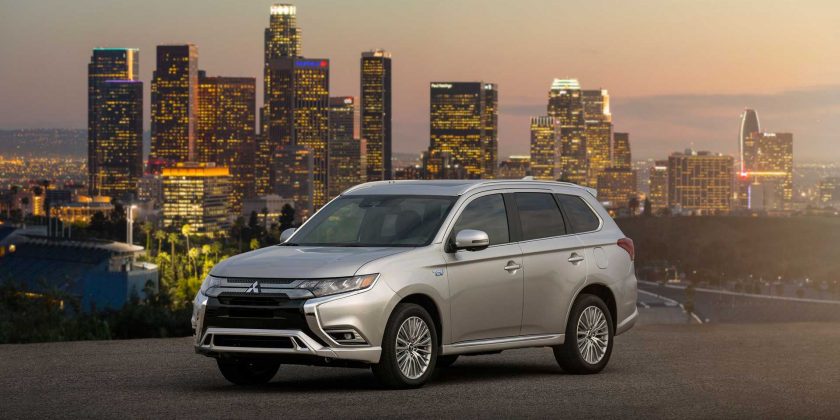 Mitsubishi reports that its US sales during the first quarter of 2022 decreased by 6% year-over-year to 26,400.

The plug-in hybrid Mitsubishi Outlander PHEV noted 719 sales in Q1, which is a 183% increase year-over-year, though that’s compared to a low base in Q1 2021. The Outlander PHEV sales also represent 2.7% of the total volume.

Mitsubishi Outlander PHEV sales in the US – Q1 2022

The all-new Outlander PHEV – announced in October – is scheduled for market launch in the US in the second half of 2022.

It will be equipped with a bigger 20 kWh battery (vs 13.8 kWh today) and potentially might get an EPA all-electric range of about 35 miles (56 km) – our guess, compared to an EPA range of 24 miles in the case of the current version.

Another thing is that the switch to a bigger battery will increase the eligible federal tax credit from $6,587 to the full $7,500.

“Even as the 2022 Outlander continues to set sales records and earn awards, MMNA is preparing to launch an all-new plug-in hybrid (PHEV) variant with North American sales planned for the second half of 2022. The vehicle, which historically has been one of the best-selling PHEVs worldwide, underscores Mitsubishi’s environmental commitment to reduce carbon emissions by 40 percent by 2030 and achieve a net-zero carbon footprint by 2050, also announced this year.”

The improved value proposition, combined with the general limited availability of many other plug-ins, should give the Outlander PHEV a few more years on the market. However, we are eager to see also some new plug-ins from Mitsubishi, especially all-electric.

Detailed results for the US market: