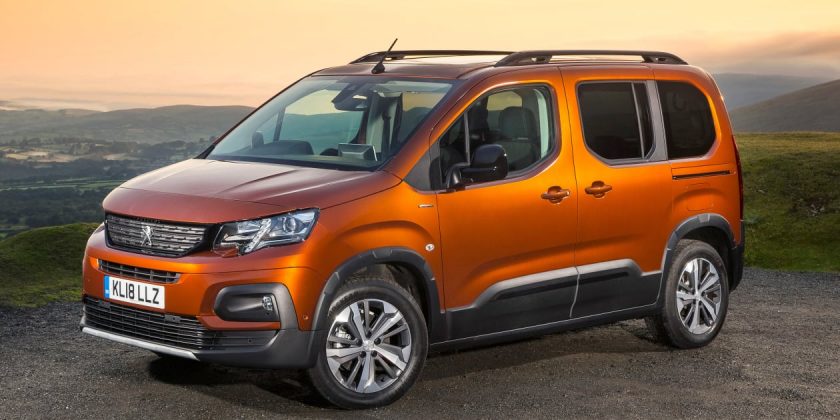 Despite its utilitarian roots the Rifter is not just a van with windows, because it’s more accomplished than that. Admittedly a boxy Peugeot probably won’t get the neighbours’ curtains twitching, but the Rifter appeals with its enormous cabin, low running costs and high comfort levels. Even better, there’s the option of electric power alongside the petrol and diesel versions. However, you’ll have to pay significantly more to buy the e-Rifter because they’re very scant on the second-hand market and you’ll have to put up with a real-world range of less than 150 miles. But this is a likeable car all the same, and promises to cost very little to run.

MPVs might have fallen out of favour as car buyers have migrated to SUVs, but these most practical of cars still have a tremendous amount to offer.

The popularity of people carriers exploded in the nineties and while many were developed as stand-alone models, some car makers latched onto the fact that they could turn their small commercial vehicles into MPVs. The Renault Kangoo is one example of this, along with the Citroen Berlingo Multispace and Peugeot Partner Tepee sister models. The latter would become the Peugeot Rifter with the arrival of the third-generation Berlingo in 2018.

While these van-based MPVs now sell in small numbers, live with one and you’ll soon see why they can be a very desirable alternative to the more obvious SUV.

The Peugeot Rifter went on sale in July 2018, priced from £19,650. Buyers could choose between 1.2 PureTech (a three-cylinder turbocharged petrol) and 1.5 BlueHDi diesel engines, the latter with 74bhp (this one was short-lived), 109bhp or 128bhp. There was also a choice of vehicle lengths, with the Standard model having five seats and the Long version providing room for seven; there was a 350mm difference in length between them.

In February 2021 Peugeot opened orders for an electric model called the e-Rifter, although the first examples didn’t arrive until the end of that year. That’s when Peugeot axed the petrol and diesel engines, leaving only the all-electric e-Rifter on sale, priced from £30,375 for the five-seater.

A diesel Rifter makes the most sense in terms of availability, performance and purchase and running costs. While the manual gearbox is nice enough, the eight-speed auto makes light work of driving.

Alternatives to the Peugeot Rifter

The most obvious alternatives are other Stellantis group products: the Citroen Berlingo and Vauxhall Combo Life. Although these have their own unique visual identities, they’re the same car under the skin and are similar inside. As with the Rifter, the Berlingo and Combo Life came in electric-only form from the start of 2022.

Renault stopped selling the Kangoo in the UK in 2012, but Mercedes offers its own people-carrying version of this called the Citan Tourer, while the Volkswagen Caddy Maxi and long-wheelbase Maxi Life arrived two years ago, offering extra practicality over the similar-looking Touran.

Other van-based alternatives include the Fiat Qubo and Ford Tourneo Connect, while more car-like MPVs worth considering include the Volkswagen Sharan, Vauxhall Zafira Tourer and SEAT Alhambra, the Ford Galaxy and the BMW 2 Series Active Tourer.

A £2,000 premium for the extra row of seats and a longer wheelbase when new means just one in 10 used examples is a seven-seater.

The interior can take a beating, depending on how it’s used, so check for signs of abuse. But you can buy a Rifter with real confidence, thanks to its rugged underpinnings and proven engineering.

Avoid entry-level Rifters and you get a reasonable cabin ambience, but the Peugeot’s main attraction is the amount of interior space on offer, which is easily accessed via the sliding rear doors. Even with all five seats in use, there’s a massive 775-litre boot, which expands to 3,000 litres with the second row folded; the seven-seat model offers an even more impressive maximum luggage capacity of 4,000 litres.

The icing on the cake is ample head and legroom for five adults, although the back seats aren’t all that supportive.

The Rifter is not an especially common car. We found just 165 of them for sale (146 diesel and 19 petrol), along with a mere 13 e-Rifters; all of the latter were new cars.

Visit to our sister site Buyacar to get a great deal on a used Peugeot Rifter, or to check prices on a specific model head over to our valuation tool.

All Rifters need to be serviced every 12 months or 16,000 miles, regardless of whether they’re powered by petrol, diesel or electricity.

Peugeot has recalled the Rifter four times. The first was in April 2019, because 89 Rifters made up to December 2018 were fitted with a faulty handbrake lever, rectified by fitting a replacement.

The second recall involved more than 12,000 Rifters and Partners made up to November 2019, which had left the factory with problematic passenger seatbelts that had to be replaced if they were faulty.

Recall number three was also issued in November 2019, because 62 Partners and Rifters produced in June and July 2019 were fitted with poorly made steering columns. Once again the solution was to fit a new part.

The latest recall in July 2020 involved 51 Partners and Rifters made in December 2019 and January 2020, fitted with sub-standard steering components.

The Rifter’s low sales volumes mean it has never appeared in any of our Driver Power new car surveys, just like the Citroen Berlingo and Vauxhall Combo Life. Peugeot used to perform relatively poorly in our Driver Power surveys, with so-so reliability and build quality, but owners are more impressed nowadays, with three 2022 survey entries all doing well: the 208 came 37th, the 2008 17th, and the 3008 13th.

Looking to sell your current car quickly and for a good price? We’ve partnered with Motorway to bring you the best offer from its network of UK dealers…