Using hands free phone equipment is not against the law and motorists can use their cars as a peaceful space to make conference calls or attend virtual work meetings. However, experts at Select Car Leasing have urged motorists to reconsider taking calls while travelling warning road users could see their quality of driving affected.

Specialists say taking calls while driving could significantly distract motorists’ attention from the road which could “significantly” increase road risks.

Microsoft has reported a 1,000 percent increase in its Teams service while video chat service Zoom has also been in high demand during lockdown.

Mr O’Malley said: “There’s nothing in the law that distinguishes regular mobile phone calls from group conference calls. As long as you can operate your phone without physically touching it, it’s not illegal to make calls using it. 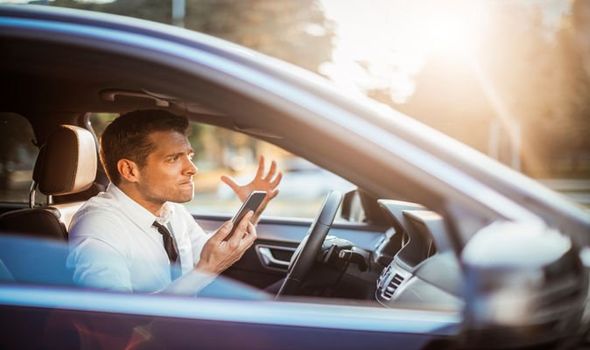 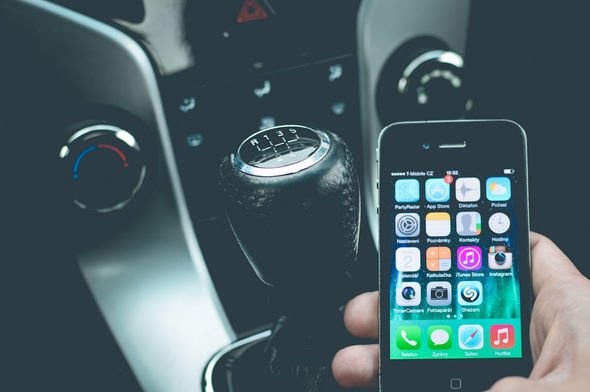 “Similarly, there’s also nothing in the law that stipulates how long you can be on a phone call for.

“But it’s our fear that the surge in popularity of group conference calls has created an emerging threat for motorists.”

Mr O’Malley warned road users to not view hands free phone equipment as a simple get out of jail free card.

DON’T MISS
Lockdown is not a ‘free for all’ for speeding  [COMMENT]
You could be fined £5,000 for using this car technology  [INSIGHT]
This simple car windscreen mistake can see drivers fined [ANALYSIS]

He said: “There has been much research to suggest that having a conversation while driving creates a distraction that significantly increases the risk of having an accident.

“It therefore stands to reason that if you’re trying to concentrate on four, five or six speakers in a large group conversation, the potential to be distracted increases exponentially.

“Motorists also need to remember that the use of a hands-free kit is not a ‘Get Out of Jail Free’ card.

“If a mobile phone conversation – or operating a radio or sat nav for that matter – negatively affects your driving, you can commit offences such as not being in proper control of your vehicle, careless or even dangerous driving.”

Road safety charity Brake has pushed for a “total ban” on mobile phone use in the car after research revealed motorists reaction times fell.

Drivers’ reaction times while chatting were 30 percent slower than travelling at the drink drive limit and 50 times slower than under normal conditions.

Failing to concentrate on the road could ensure motorists miss critical road hazards which could put themselves or other drivers in danger. 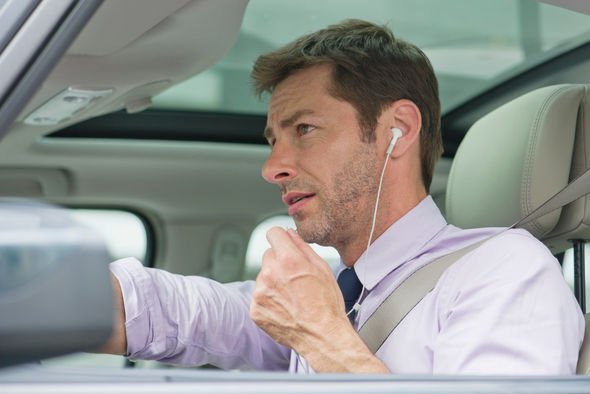 Using a mobile phone behind the wheel will result in motorists hit with a £200 fine and six penalty points.

This is likely to be issued if hands free technology is used to make the call although charges may be handed out if road users’ quality of driving is affected.

Careless driving may see motorists issued fines of up to £2,500 and is likely to see anywhere between three and nine penalty points issued.

In severe cases, road users could be hit with a dangerous driving charge which would see total fiend rise to £5,000 if the case was taken to court.

In extreme circumstances, road users would also be issued nine penalty points and face a temporary driving ban if they found to be driving dangerously while distracted.

RAC spokesman Rod Dennis has previously claimed it was not always safe to use hands free tech while behind the wheel.

He said motorists should not be making loads of calls on long journeys and urged drivers to only use the tools if they felt safe enough to do so.