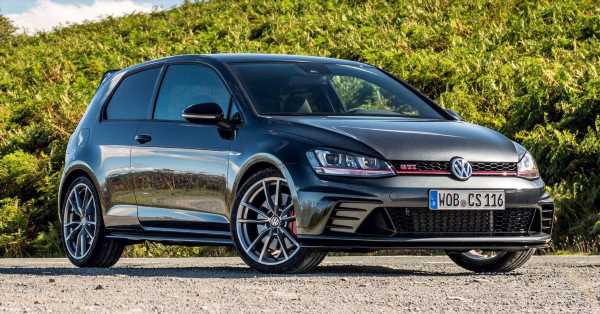 On the same day Volkswagen unveiled the Golf GTI Clubsport Mk8, it announced that the more hardcore Clubsport S model will not be making a comeback. The Clubsport S first broke cover in 2016 and swiftly unseated the FK2 Honda Civic Type R to be the fastest FWD production car at the time.

The German auto giant told Autocar that a follow-up to the two-seater beast is “not planned now,” and provided no official reasoning as to the decision. However, the publication suggests that the combination of the coronavirus pandemic and costs of the Dieselgate scandal, believed to be in the region of £30 billion (RM161 billion), are two key reasons why.

Production of the Golf GTI Clubsport S was limited to just 400 units globally. Its 2.0 litre TSI engine developed 310 PS and 380 Nm of torque, and featured a new ECU, fuel pump with increased throughput, and larger exhaust pipes. A six-speed manual gearbox sends drive to the front wheels, and at the hands of a competent pilot, the hot hatch will do the 0-100 km/h sprint in 5.8 seconds. Top speed is reduced to 265 km/h.

Its suspension was also modified to improve stability and reduce understeer, while grip was provided by Michelin Pilot Sport Cup 2 tyres. What’s hardcore about it was the fact that it had no air conditioning system, no rear seats, and had quite a bit of sound deadening material removed. Sad as it may be, you can still buy a Clubsport derivative today. The Mk8 version is not a limited production unit, and is quite practical too. Power comes from the EA888 evo4 2.0 litre TSI engine as the regular Golf GTI, but is tuned to produce 300 PS and 400 Nm. It’s still front-wheel drive, but gets a quicker seven-speed direct shift dual-clutch gearbox.

Volkswagen has yet to release performance figures, but the hatch will easily do the century sprint in under six seconds. Other upgrades include a front-axle locking differential, electronic differential locks (XDS), and the optional dynamic chassis control (DCC) system.

The suspension is 15 mm lower than a standard GTI, with increased positive camber at the front axle. However, damping rates are softer, which Volkswagen says is ideal to tackle the undulating surface of the Nürburgring Nordschleife. It is 13 seconds quicker than the Golf GTI around the Green Hell.