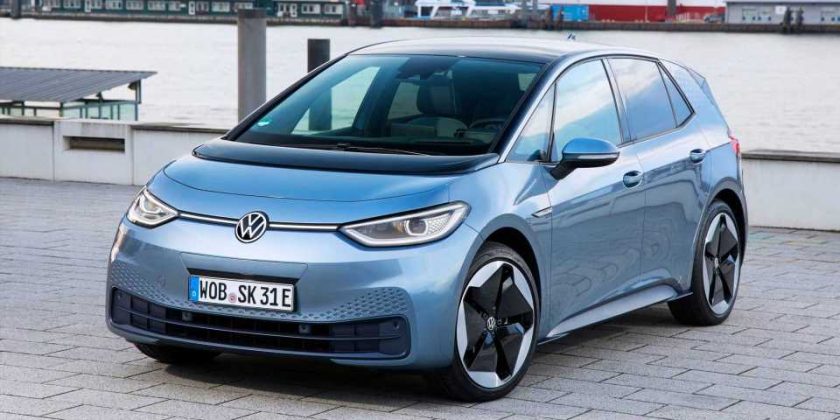 Volkswagen reports that since the market launch of the Volkswagen ID.3 in September 2020, the company has received more than 144,000 orders in Europe.

Out of that, about 50% or some 70,000 were new customers to the brand, which is significantly above Volkswagen’s average of 36%.

The German manufacturer says that the ID.3 is “an absolute hit” in Europe and the best-selling electric model in Western Europe in August.

“In the first half of 2021, the strong demand for the ID.3 and other ID. models made Volkswagen the market leader for battery-electric vehicles in Europe within a very short time. In August, the car was the most popular electric car in many markets including Germany, the United Kingdom, Ireland, Austria and Switzerland. Based on new registrations, the ID.3 also ranked top in Western Europe overall in August.”

The ID.3 production currently runs at 1,200 units a day (total of two plants – Zwickau and Dresden) and recently Volkswagen has started production of the ID.3 also in Anting in China, where the car will be launched in Q4 2021.

According to Volkswagen’s survey among ID.3 customers in Germany, the most common reasons for purchase were environmental performance (60 percent), innovative technology (51 percent) as well as the personal support provided by Volkswagen’s dealer and service network.

Almost 80% of German customers report also that the ID.3 is the most frequently used vehicle in their household. Around 70% use only “green electricity” (from own photovoltaic system or from their electricity supplier).

Volkswagen has set a target to increase BEV sales out of its total volume in Europe to 70% by 2030.

Klaus Zellmer, Board Member for Sales, Marketing and After Sales at Volkswagen said:

“The car is an absolute hit. It appeals to customers and has shot from zero to take top positions among new registrations in a large number of countries,”

“The ID.3 has tapped into an above-average number of new buyer groups for Volkswagen. Some 70,000 new customers are strong proof that we are exactly on the right track with this vehicle and our electric mobility strategy,”