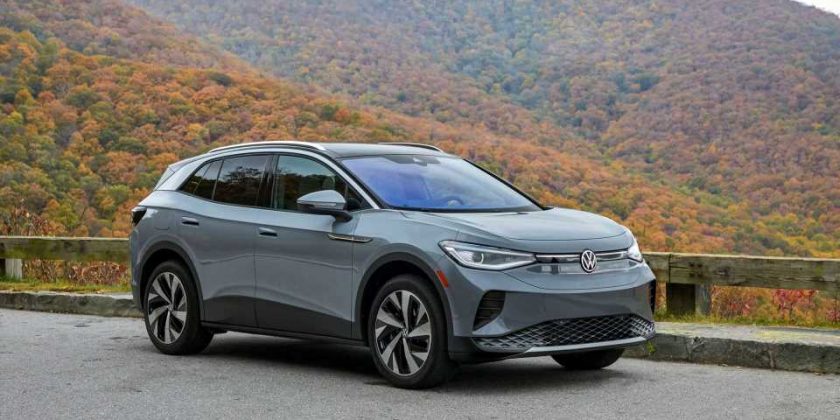 While Volkswagen is recalling its ID.4 electric crossover for an electrical issue, it’s completely unrelated to the fact that it’s an EV. This is because the concern isn’t related to the ID.4’s EV battery pack or electric powertrain, but rather, its 12-volt battery, which is exactly the same as the one you’ll find in gas-powered cars.

According to an article by Autoblog, a limited number of Volkswagen ID.4 SUVs are being recalled due to the charging cable for the 12-volt battery. The cable can apparently rub against the crossover’s steering column and become worn. Worn cables have the potential to short circuit, which could lead to a fire.

The ID.4 recall only applies to single-motor rear-wheel-drive versions of the electric SUV. Fortunately, it seems that just over 1,000 ID.4’s for the 2022 and 2023 models years are potentially impacted in total.

Per Autoblog, Volkswagen has pointed out that there’s a bend in the 12-volt battery’s charging cable. The automaker admits that it wasn’t mapped out correctly during the manufacturing process to allow it to avoid contact with the steering column. VW goes on to add that only some copies of the ID.4 were produced with this issue overlooked. If you own a rear-wheel-drive ID.4, remain aware of any battery warning messages, which could alert you that there’s a potential issue.

VW ID.4 owners who receive a 12-volt battery warning may already have a short circuit in the battery charging cable, which could be damaging the crossover’s insulation. The manufacturer says, while rare, if there is any sort of burning smell or obvious smoke, park the ID.4 and aim to have it serviced ASAP.

A short circuit could also result in a loss of vehicle power, which is an additional safety concern. However, VW has made it clear that there is no risk of high-voltage shock related to the 12-volt battery system. The automaker will be reaching out to ID.4 owners by the end of February. You can also visit NHTSA’s website and enter your VIN for more details.