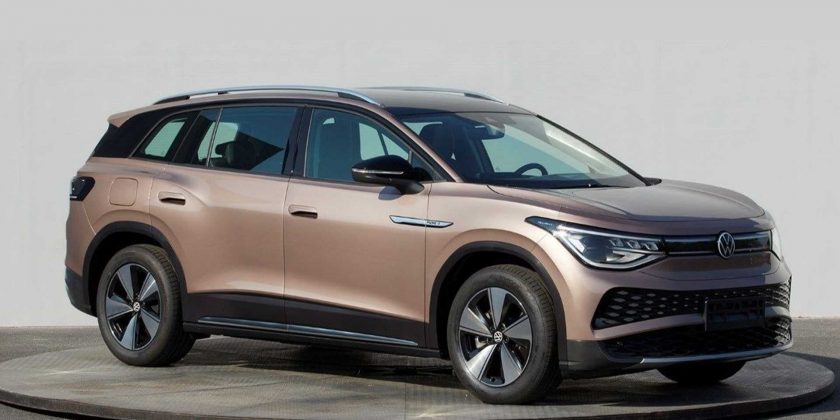 The unveiling of two Chinese ID.6 versions is scheduled for April.

At the upcoming Shanghai Auto Show in April, Volkswagen will officially unveil two versions of the 7-seat, all-electric ID.6.

Just like in the case of the Chinese ID.4 (ID.4 CROZZ and ID.4 X), each of the two main Volkswagen joint ventures will produce its own ID.6:

Of course, both cars are based on the same Modular Electric Drive Toolkit (MEB) platform.

The 7-seat SUVs are a popular segment in China, which means that it might be a popular model. The list of electric competitors include BYD Tang EV, NIO ES8, as well as Tesla Model X.

According to Volkswagen, the ID.6 was specifically designed for the Chinese market. There is no plan for the European launch, but there is a chance that we will see ID.6 in North America.

Automotive News reports that the U.S. launch is “conceivable”:

ID.6 introduction in the U.S. relates to many factors, starting with how well the ID.4 will be received and local battery supply secured, on one hand, as well as how well the ID.6 does in China.

Nothing is taken for granted and Volkswagen must yet prove that there is high demand for the ID.6 or even ID.4 in the highly competitive environment, including China, where the choice is probably wider than anywhere else.