The electric people-mover will debut in production form next year.

January 8, 2017 – that’s when Volkswagen unveiled the much-hyped ID. Buzz concept at the Detroit Auto Show to signal an all-electric take on the iconic Microbus for the inevitable zero-emissions era. Fast forward to September 6, 2021, the production version is still not ready for prime time, but to ease the wait, VW’s commercial division is providing our best look yet at the hotly anticipated electric van.

The ID. Buzz has advanced to the prototype stage, meaning it now (likely) has all of the production-intent body panels, lights, and whatnot. Even though the EV is still fully camouflaged, the wrap is so thin it actually doesn’t hide much, while the black tape on the headlights and taillights leaves little to the imagination. 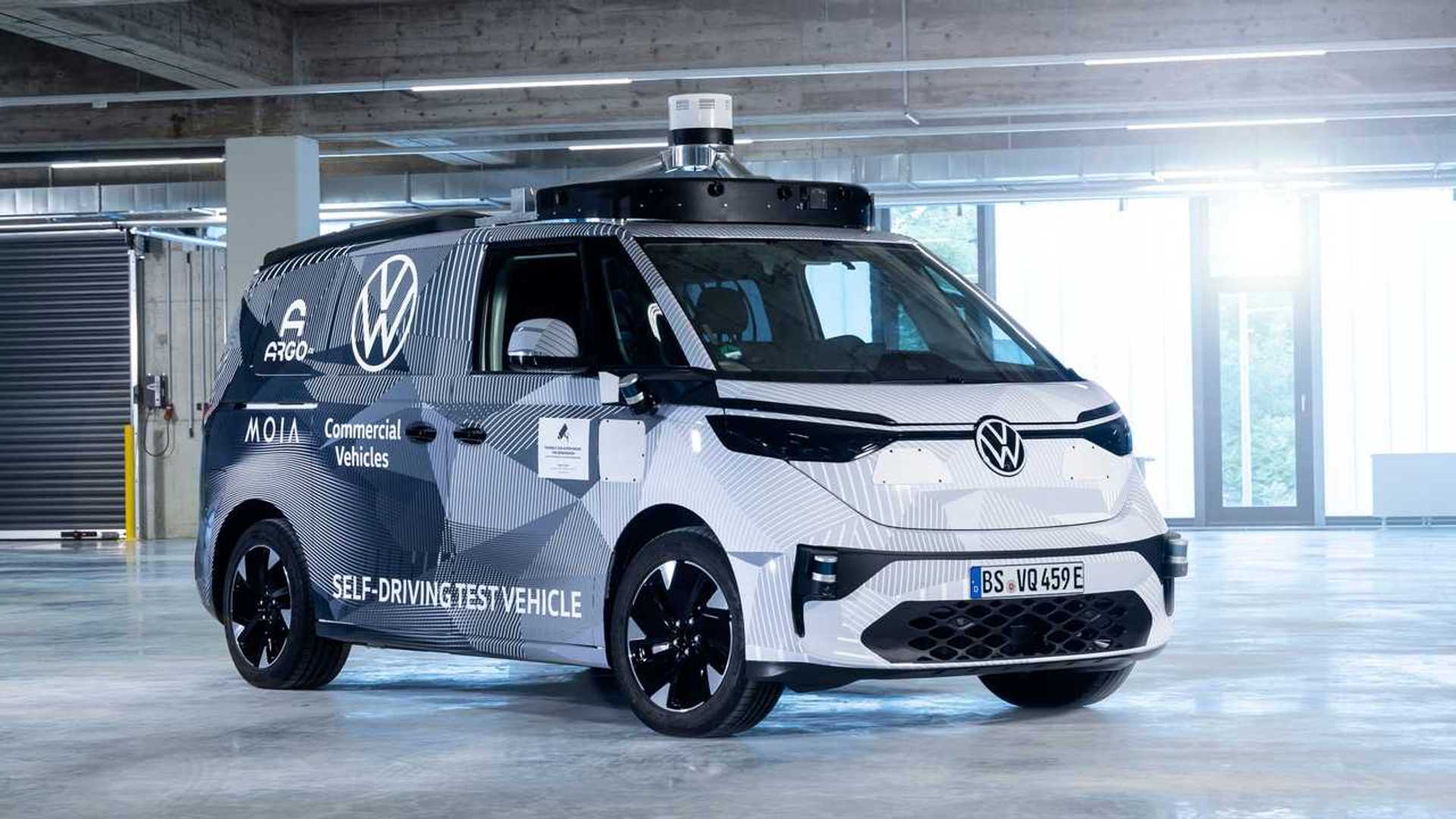 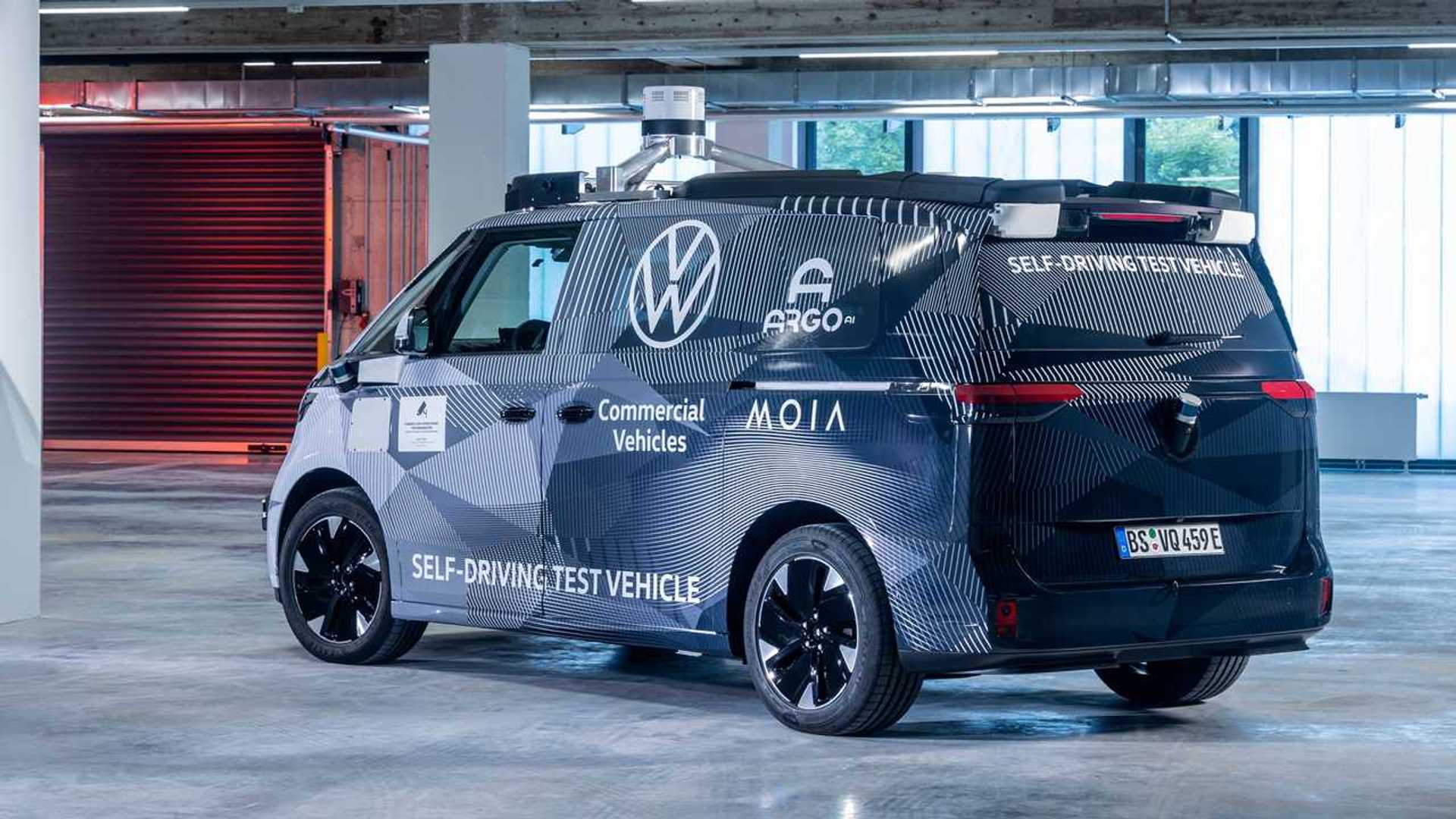 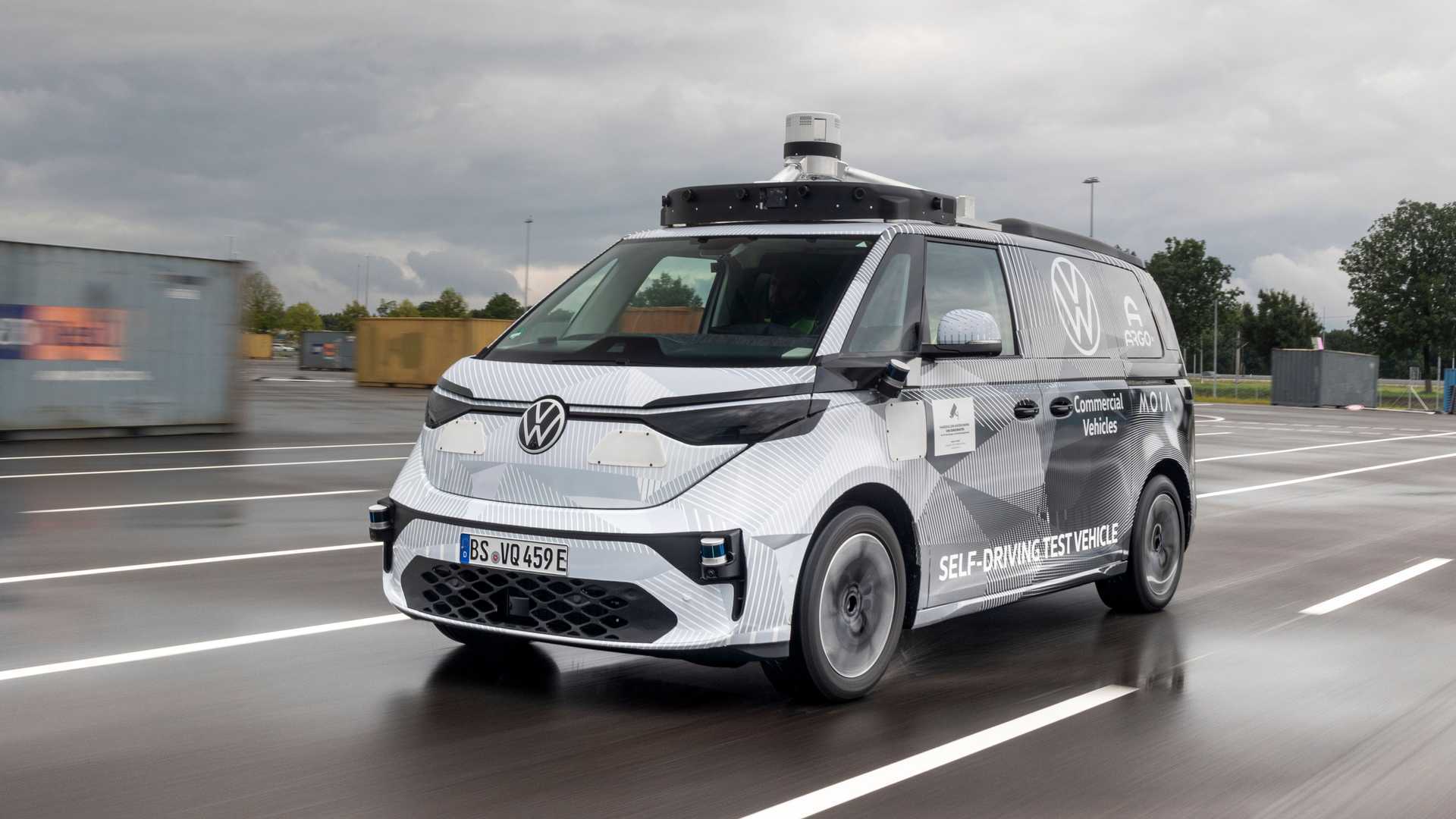 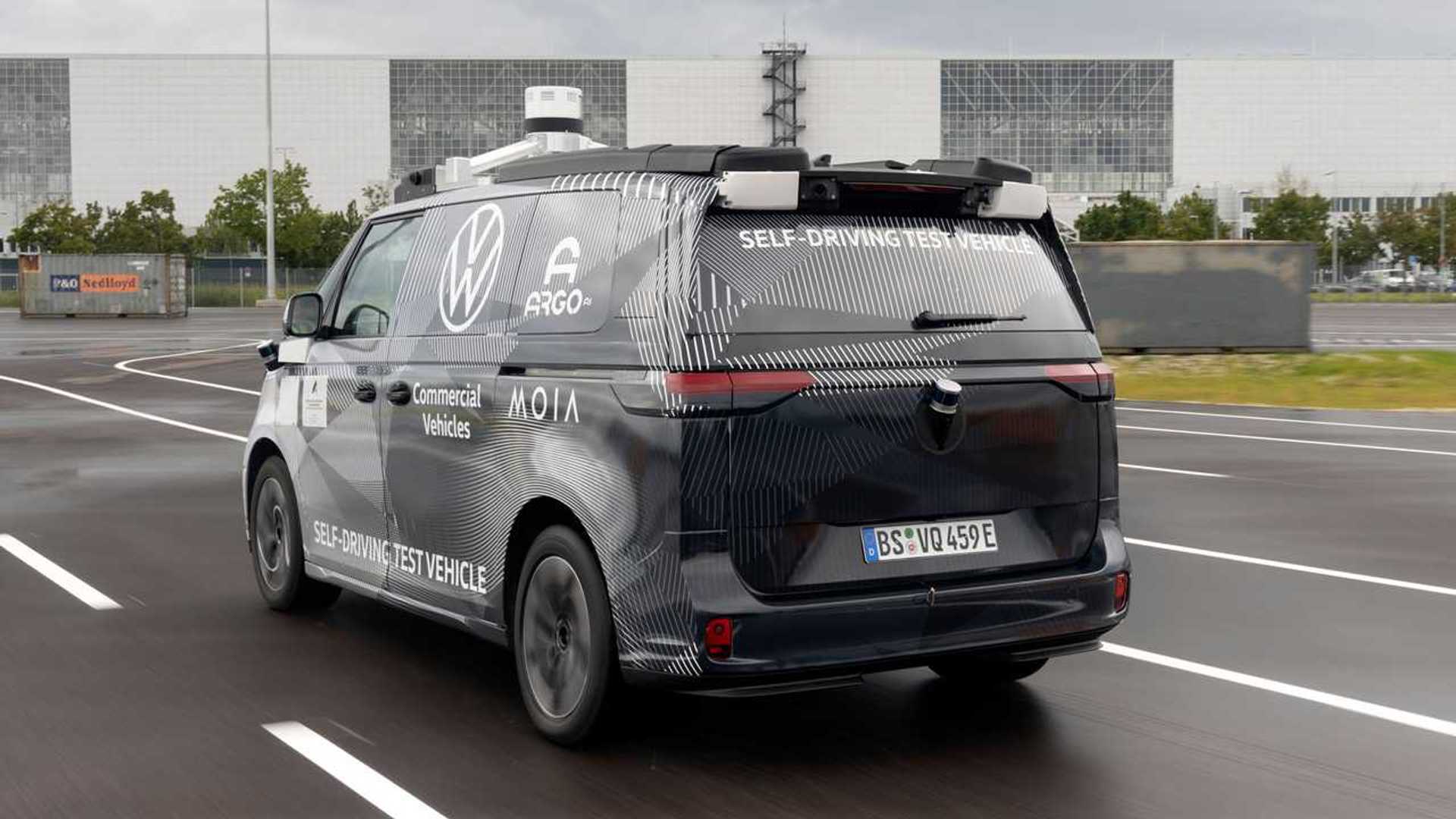 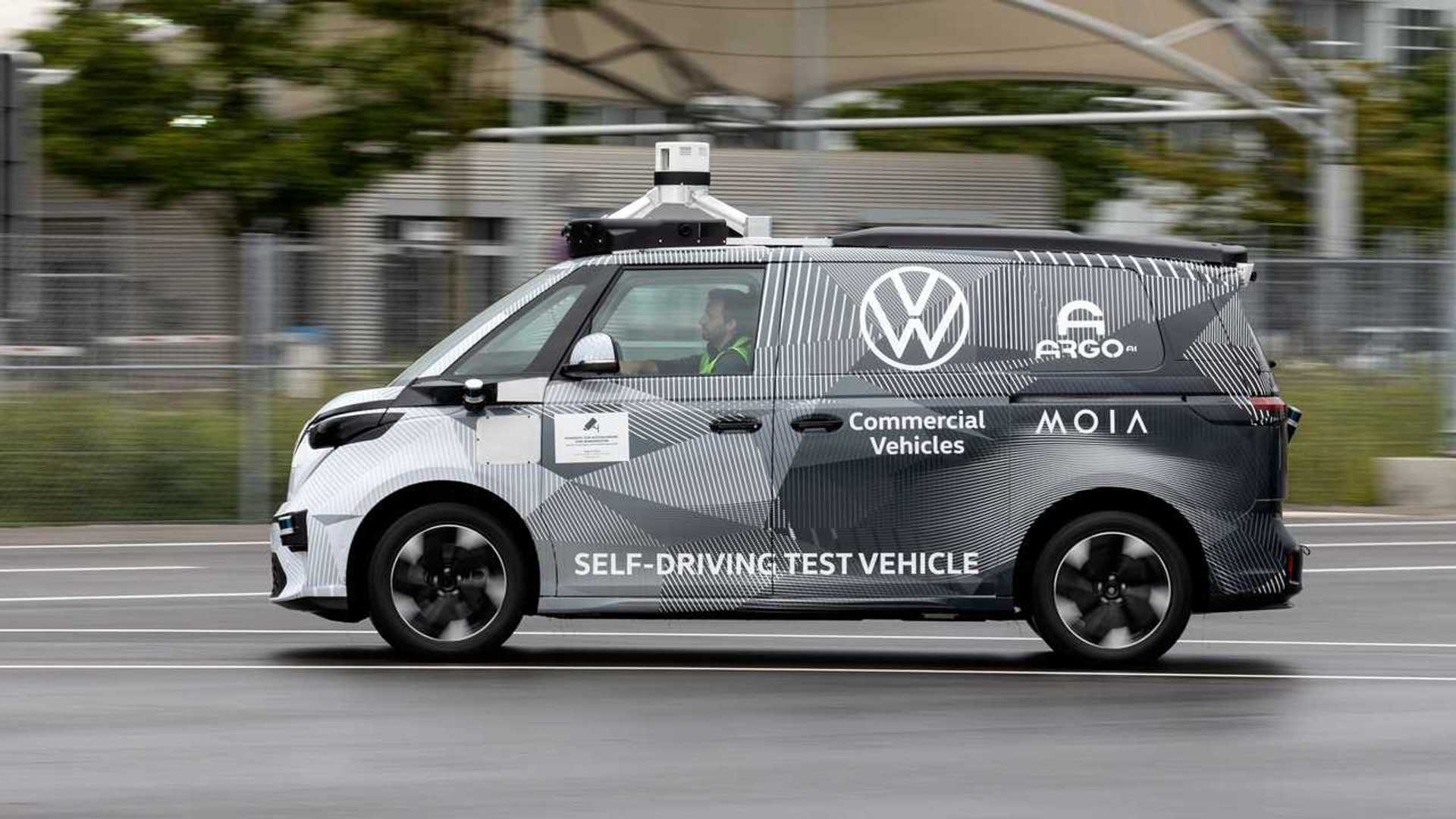 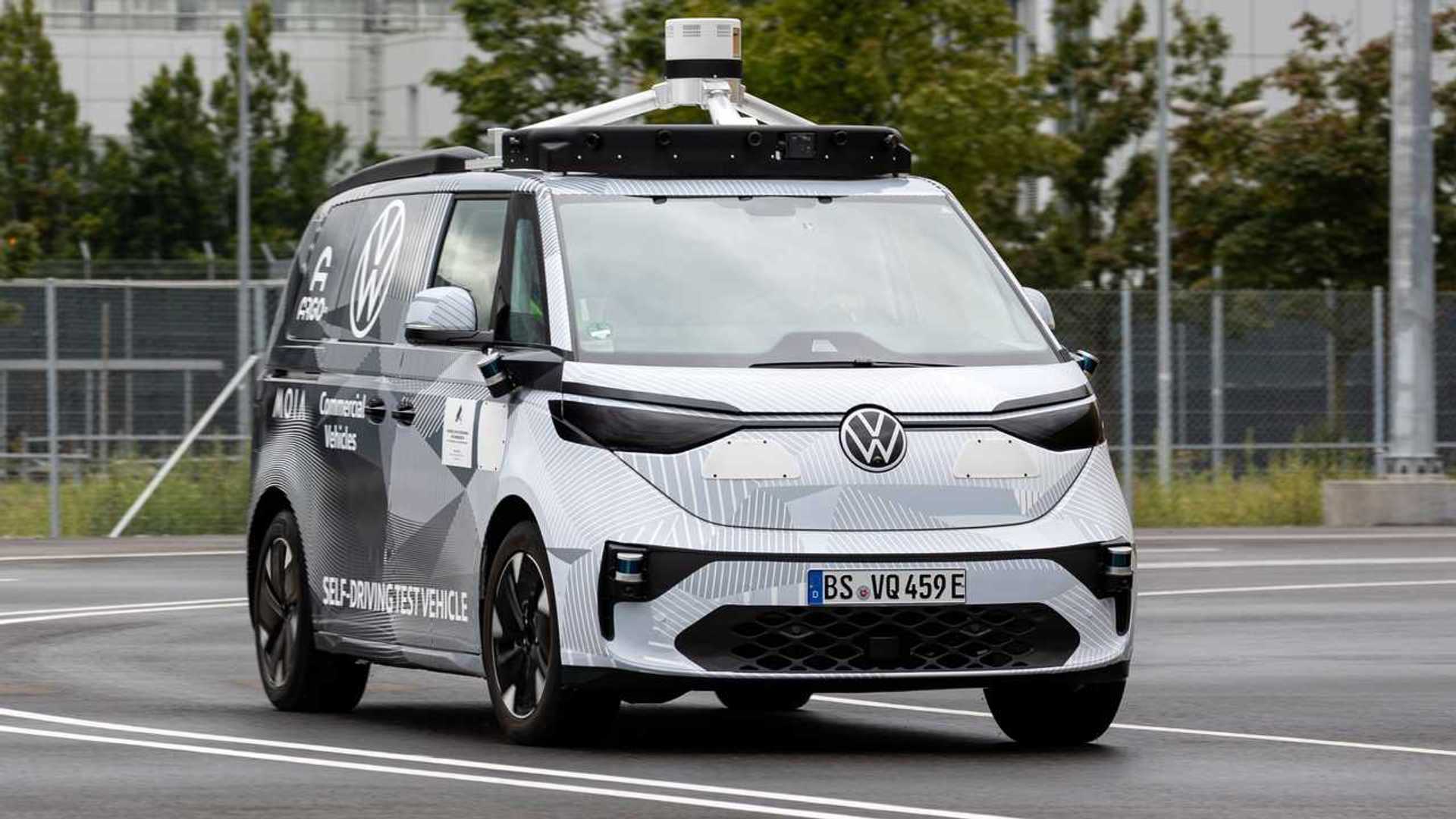 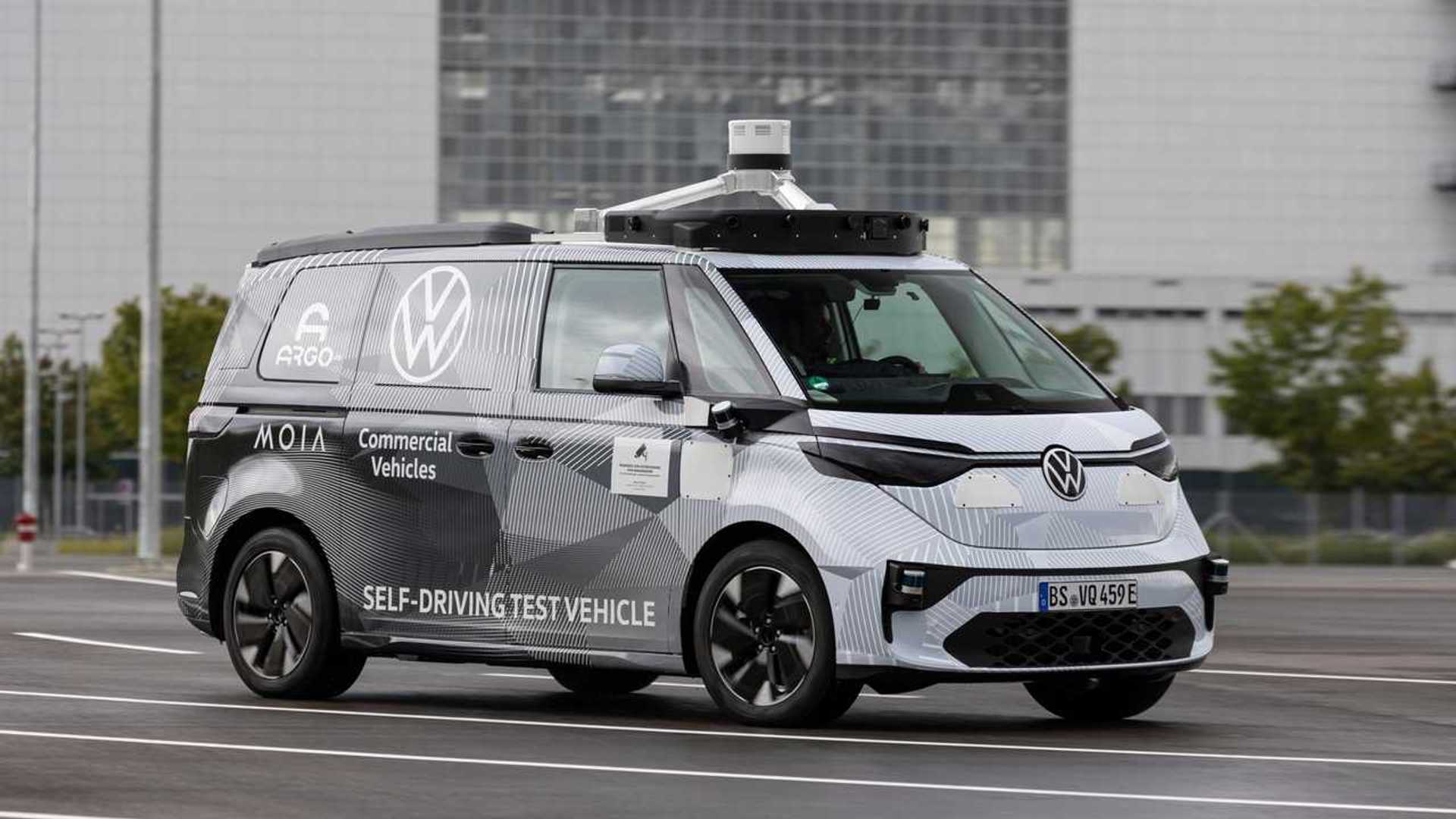 Yes, the production version will be considerably different than the concept pictured below, for better or for worse. Since it’s a commercial vehicle first and foremost, it still has to look like a box on wheels to maximize interior space, but some would argue some of the retro magic sprinkled by VW onto the original ID. Buzz has been lost in translation. That said, it’s better to wait for the full debut before casting any judgments on the final design.

Bear in mind the ID. Buzz featured here is the “AD” version, meaning it’s the one developed with Argo AI to accommodate a highly advanced autonomous driving system. Notice the cornucopia of sensors and cameras splatted all over the vehicle, allowing the prototype to detect objects that are more than 400 meters (1,300 feet) ahead. 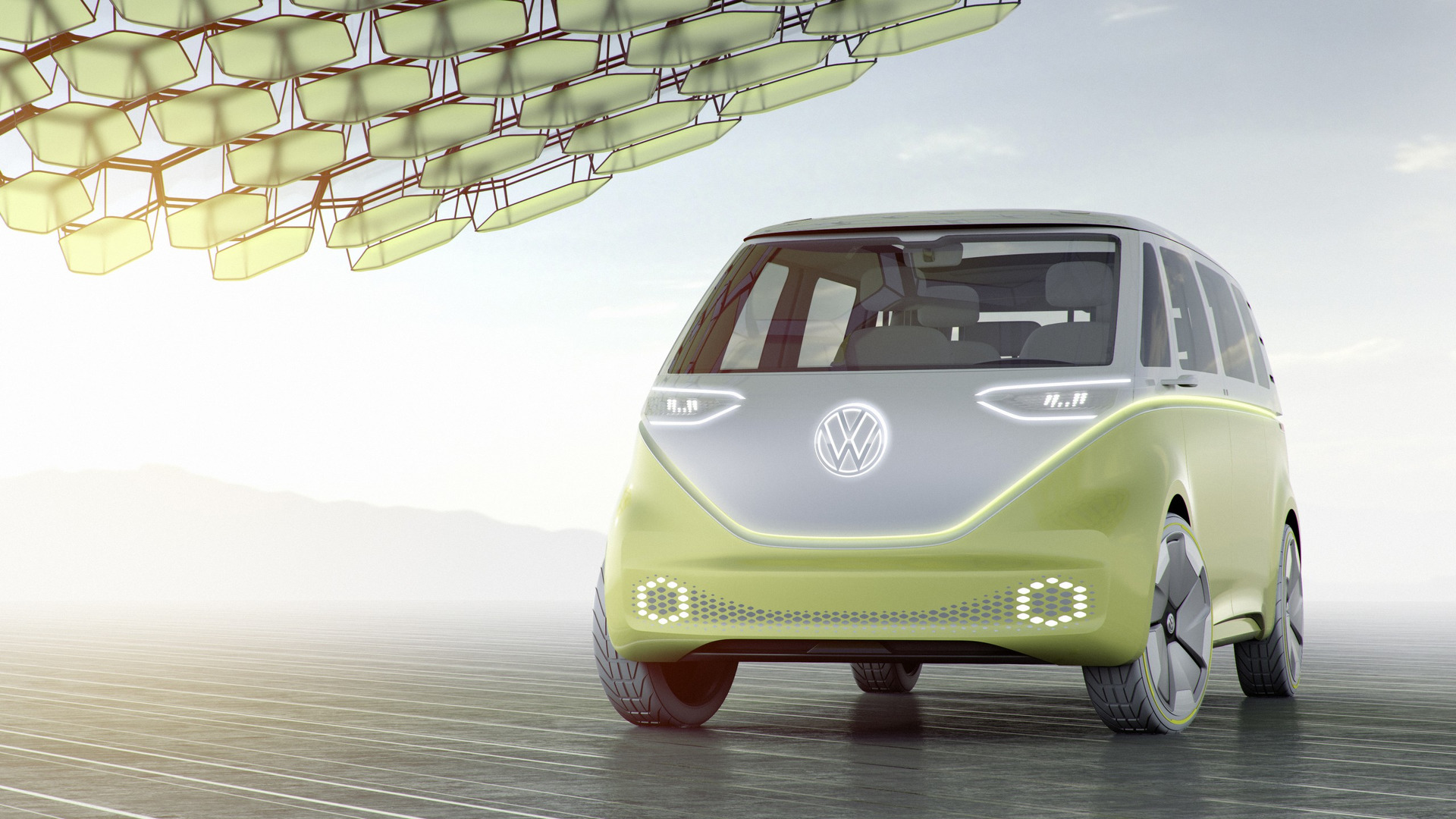 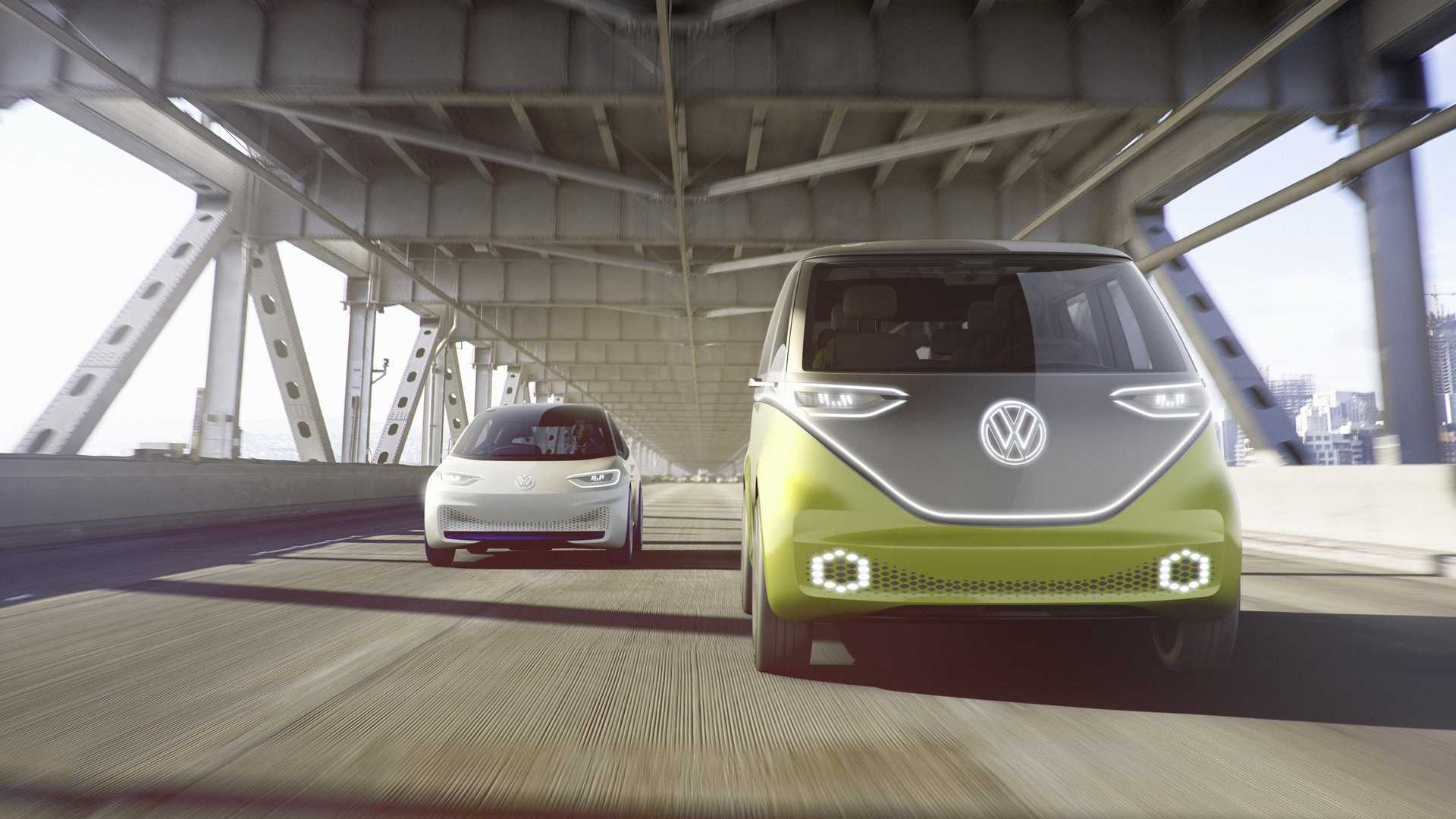 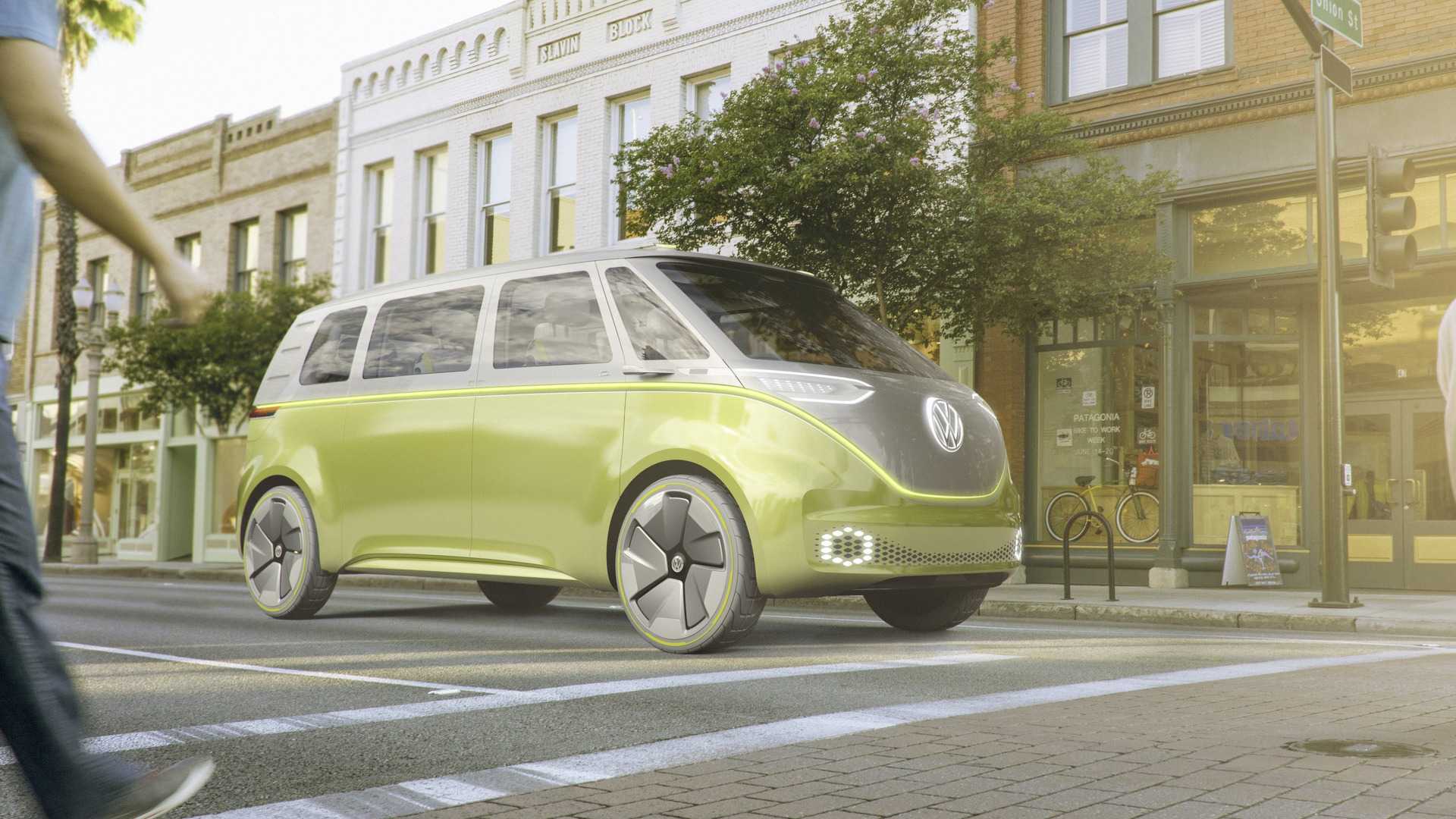 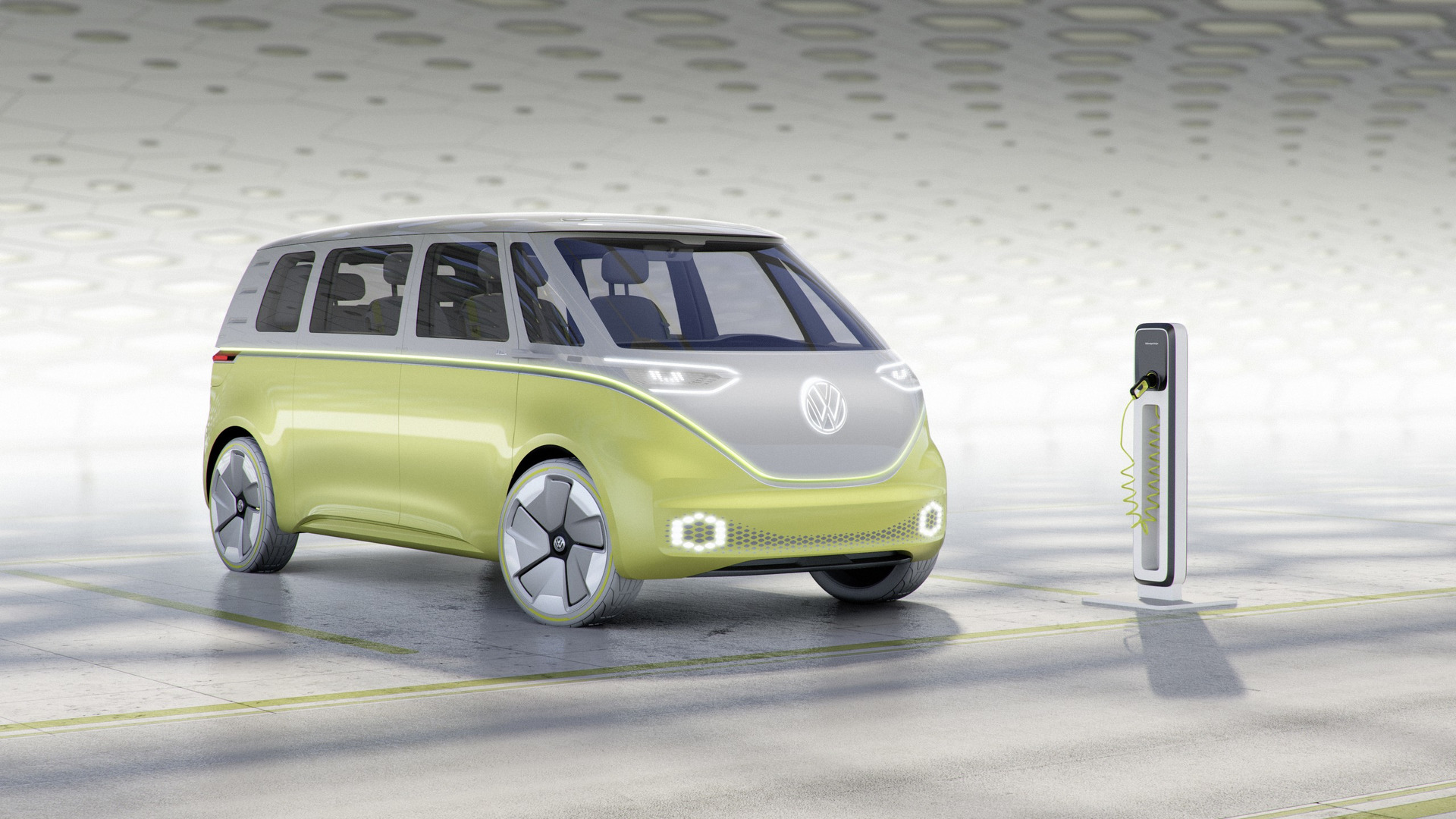 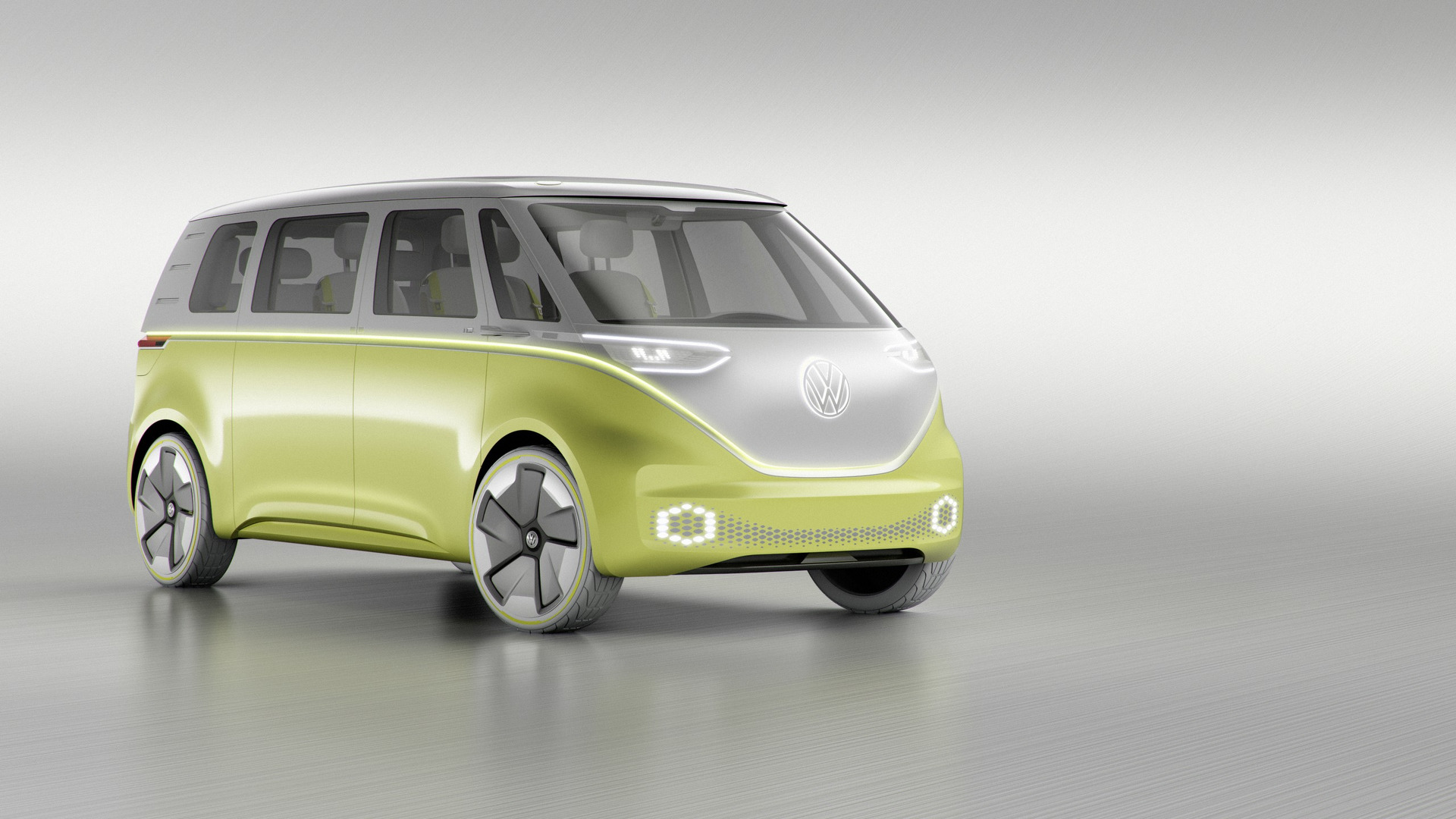 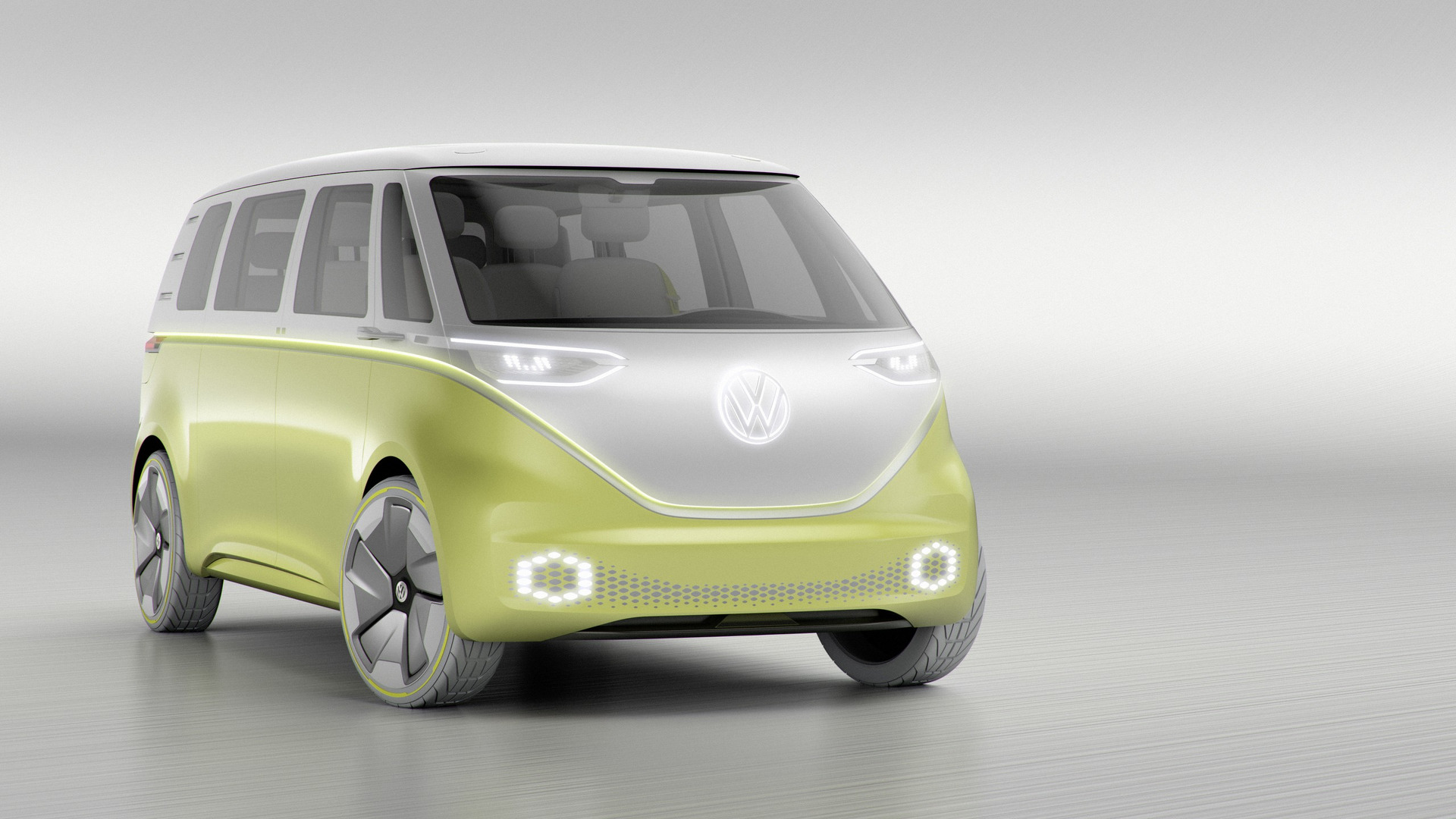 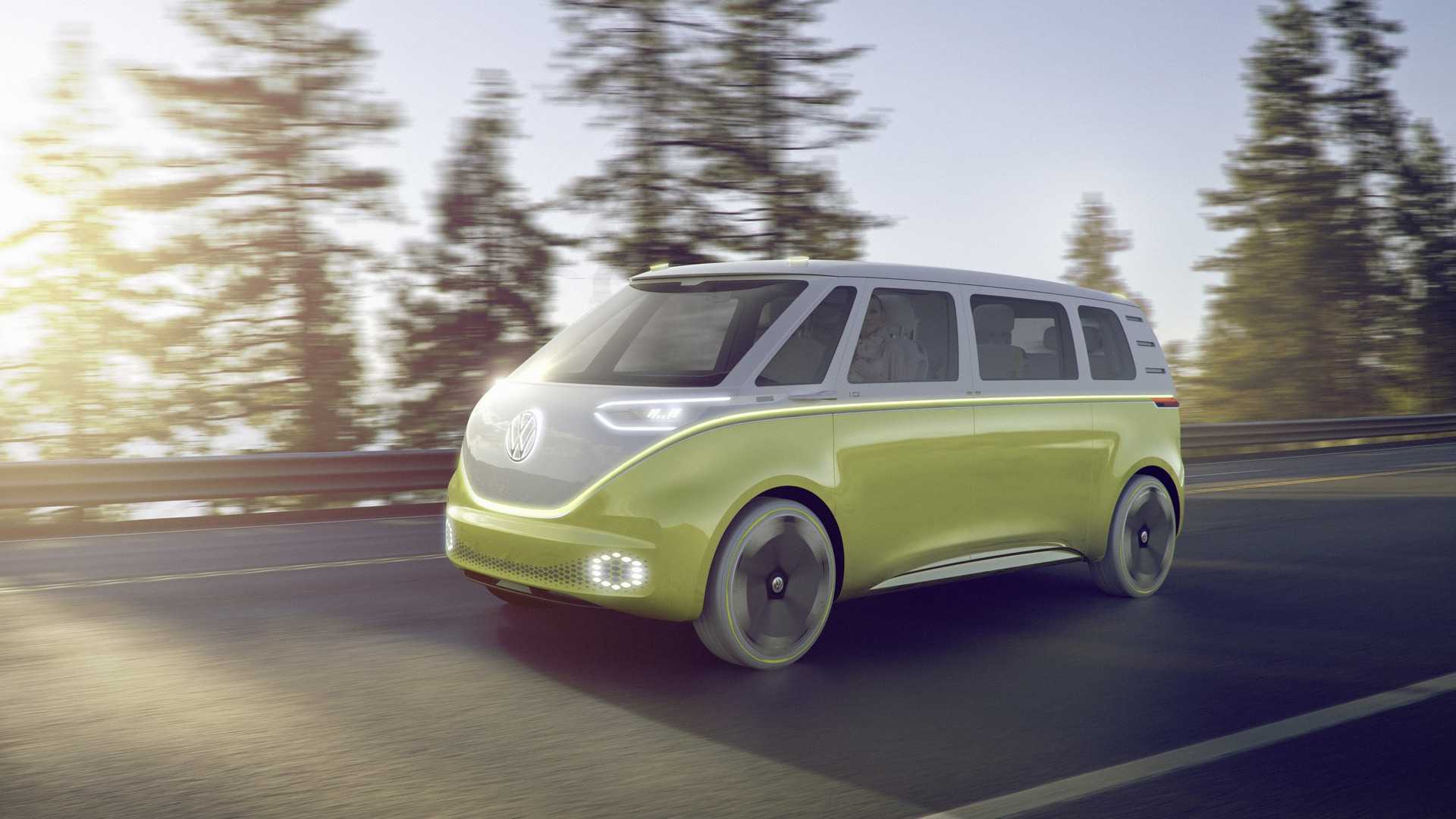 The large LIDAR scanner on the roof provides 360-degree visibility and is complemented by six other smaller LIDAR scanners, 11 radar panels, plus cameras and even microphones. The embedded software is smart enough to predict the actions of bicyclists, pedestrians, and even vehicles to change the ID. Buzz’s behavior accordingly and act as if there’s a human driver behind the wheel.

The ID. Buzz AD is being tested in urban areas and will effectively enter duty in 2025 for commercial mobility service. MOIA, a mobility company launched in late 2016 and owned by the VW Group, will be the first user and Hamburg is going to be the first city where it’ll be offered for autonomous ride pooling.

Meanwhile, the electric van without the sophisticated driverless tech will go on sale late next year in Europe where it will be available in a six-seat passenger version as well as a cargo configuration and a choice between short and long wheelbases. The United States is getting the ID. Buzz as well, but only as a long-wheelbase passenger model from 2023.

Due to be built in Hanover, Germany, the ID. Buzz will ride on the modular MEB platform that has underpinned all ID models so far and should offer rear- and all-wheel-drive configurations with single- and dual-motor setups, respectively. The more powerful ones could have approximately 300 hp whereas the entry-level model will make do with roughly 200 hp.