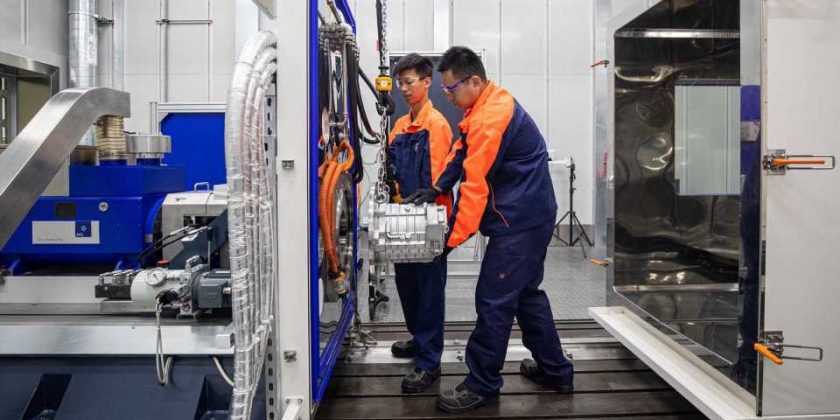 With mass electrification is near, the company does not want to rely on suppliers.

The Swedish brand (part of Geely) has set a target to achieve 50% BEV share out of its total volume by 2025, while the remaining half will be plug-in hybrids or hybrids.

Because of this massive electrification movement, in-house development of electric motors might translate to higher profitability, better optimization and higher efficiency, as well as some competitive advantages. Tesla’s example of vertical integration seems to prove it’s the right way to go.

The image presents a drive unit that integrates an electric motor, inverter and single-speed transmission:

The company just opened its brand new electric motor lab in Shanghai, China, which will focus on electric motors for the fully electric and hybrid cars based on the forthcoming SPA 2 modular vehicle architecture.

“Through in-house design and development, we can fine-tune our e-motors to ever better levels. By constantly improving their overall performance levels in terms of energy efficiency and comfort, we create an electric driving experience that is unique to Volvo.”

We guess that Volvo’s motors will be similar to those used in other Geely brands – obviously Polestar and Geely itself, as well as Lynk & Co.

The new lab will join Volvo’s global R&D network for the development and testing of electric car components, which includes an e-motor development facility in Gothenburg, Sweden and battery labs in China and Sweden.