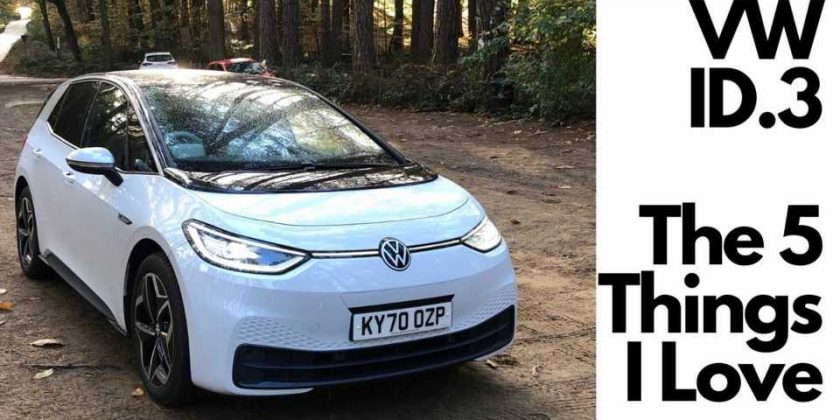 As with all cars, electric or otherwise, there are good and bad parts to the ID.3.

Volkswagen has rushed the launch of the ID.3 all-electric hatchback in Europe, delivering a vehicle that still felt like a beta version in some areas, with bugs left to iron out. Well, things are slowly getting better for the ID.3 thanks to updates, and as more reviewers are getting behind the wheel of one, they are painting a generally positive picture of this very important electric VW.

The bugs faced by early reviewers were almost exclusively software related, so they should be fixable through updates, although some found additional issues with the ID.3. Most of the criticism was aimed at its interior where designers have done away with physical buttons, replacing them with touch-sensitive panels whose response is often hit and miss.

There’s no problem with how well the interior is screwed together (perceived quality is one of VW’s fortes), but some of the materials don’t feel quite as posh as you’d expect, particularly on top of the door cards or the glove compartment in its entirety – the latter feels really cheap and flimsy and is probably the worst part of the whole interior.

Some of these problems are also discovered by Electric Petrolhead, who has published two videos about the ID.3. In the first, which you can check out at the top of the article, he lists 5 things he likes, while in the second, posted below, he mentions 5 things he doesn’t like about it.