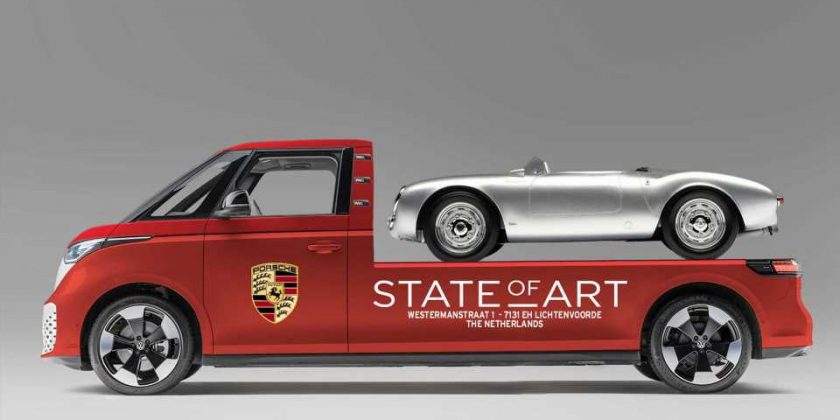 With the Ford F-150 Lightning, Hummer EV, and the all-new Rivian electric pickup trucks launching customer deliveries recently, it’s no wonder other automakers are garnering interest in potentially introducing new pickup trucks of their own. Volkswagen has long sold pickup trucks in global markets, but the brand’s executives see the U.S. pickup market’s current transformation to electric vehicles as a new opportunity to potentially introduce an American truck of its own soon.

In an interview with Business Insider, VW’s U.S. chief Scott Keogh admitted that the brand currently faces “the chance of a lifetime in this segment because electrification gives you a reset moment.” Keogh believes it’s a chance to introduce “alternatives and some new ideas into this great segment,” and that VW is considering introducing its own BEV truck: “It’s something we’re actively looking at, but nothing to actually report now,” Keogh said.

While we think VW is primed to offer a competitor to smaller pickups like the new Ford Maverick, or slightly larger alternatives like the Ford Ranger and Chevy Colorado, further comments from the brand chief suggest VW would dream big and go after heavy hitters like the Ford F-150, Chevy Silverado, and Ram 1500. “I think a buyer would historically say, ‘I buy F-150, I buy Ram, I buy Silverado.’ Now they might be saying, ‘I’m going to buy an electric one,'” he said. “That reset moment gives a competitive chance to come in, whether it’s Rivian or whether it’s us.”

VW has flirted with U.S. pickups a few times in the past. The most recent concrete flirtation was with the midsize VW Tanoak pickup concept at the 2018 New York International Auto Show, that was based on the then-new Atlas SUV and powered by a V-6 engine. However, in 2020, the brand confirmed that concept would never make production. VW also currently sells the Amarok pickup in other global markets, and the next-generation of that truck will be based on the global-market Ford Ranger, though it’s not likely going to be offered in the U.S., either.

There’s more hope for an electric VW pickup, however. VW would likely want to localize production of a North American market pickup on the continent to avoid import penalties that would also raise the price of the model. If a new pickup is based on the ID4 and ID Buzz BEV platform set for assembly in Chattanooga, Tennessee later this year, it’s likely a new EV truck could also be assembled in Tennessee and avoid any import penalties. It’s also possible VW goes back to its partnership with Ford to work out another alternative.

It’s unclear how serious VW is about giving a new EV pickup in the U.S. a shot, considering its would-be competitors are already shipping to customers, and it would likely take up to five years to develop and introduce an all-new model (though an ID-based option could come sooner, given the platform is already mostly engineered). Back in February, Volkswagen Group CEO Herbert Diess also stated that an EV pickup in the U.S. would be a “good idea” when asked about it in a Reddit thread online. If the brand is going to do it, they need to make the decision soon, or it’ll be too late to grab market share away from Ford, Chevy, and Ram anyway.