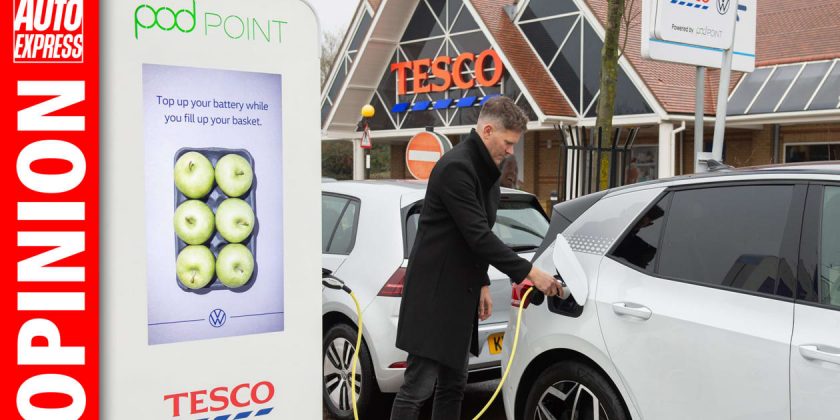 This week’s Top Story details how Volkswagen is still fighting to develop a more affordable version of its ID. electric cars, starting with a small SUV that could cost as little as £17,000 before any discounts or the plug-in car grant. It’s unlikely to reach dealerships until the end of 2025. But even by then, will the UK be ready for it?

Last week the Transport Select Committee warned MPs of the potential for ‘blackspots’ in more remote areas of the country, where drivers might struggle to find electricity to keep them on the move.

The points made echoed those of Kia’s UK president Paul Philpott when he spoke to us recently. He described the situation as already being “critical” because the impending ban on the sale of combustion-engined cars is “only eight and a half years away”.

“It’s all very well having clusters of chargers on the M6 and M1,” Philpott told us, “but what about people who want to buy and drive EVs in North Wales? Government support is needed to make sure we have enough chargers, and on trunk roads across the UK.”

We think he has a point. The car manufacturers have been given a huge target to reach by 2030, but the glut of new EVs – including, Volkswagen hopes, more affordable ones – is proof that they are responding. Consumers, too, are becoming ever more prepared
to consider switching to pure-electric mobility.

What’s left is the infrastructure – and Philpott is right in suggesting that relying on private enterprise alone won’t suffice. We need to get ready for an electric-car revolution, in the same way that we needed to roll out the internet two decades ago. The patchy broadband still endured by several areas of the country should be a lesson on how legislation (and yes, public finances) may be required, along with market forces, to ensure that all of the UK keeps moving.