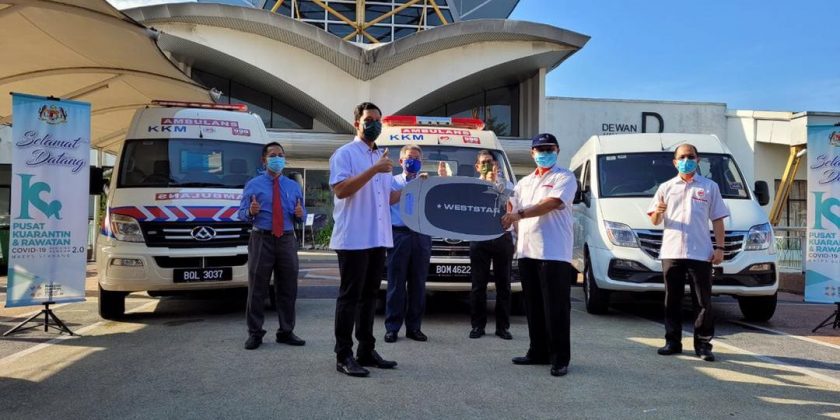 Malaysia’s efforts in containing the pandemic has been joined by a fleet of negative pressure ambulances for the safe transport of Covid-19-positive patients – the first in the country, according to the Weststar Group.

These negative pressure ambulances are custom-built vehicles based on the Weststar Maxus V80 platform, offering a two-stage protection setup for frontliners and first responders who are transporting Covid-19 patients. The patients will be placed in a special isolation chamber that is equipped with its own negative pressure filtration system to isolate and prevent cross-infection when they move to and from the ambulance.

Negative pressure ambulances enable the pressure of air inside the vehicle to be kept below the barometric pressure of the outside environment, effectively making the ambulance cabin a sealed compartment because air can only flow into the lower pressure area that is the ambulance, and not flow outwards.

Air inside the ambulance will only be discharged into the atmosphere after it has passed through a bio-safety negative pressure exhaust purification device and then cleaned by a HEPA filter, in order to prevent the transmission of pathogens and other infective agents. There is also a built-in ultraviolet light device to disinfect the vehicle after each instance of usage, said Weststar.

These ambulances come with a five-year warranty and maintenance package, and the Weststar Group also offers fleet management solutions for the negative pressure ambulances, including lease programmes.

“We firmly believe that the use of the negative pressure ambulance is the way forward to equip our personnel with state-of-the-art equipment and protection, over and above performing all the functions of a conventional ambulance. At below RM400,000 it is similar in pricing to that of a Type B conventional ambulance,” said First Ambulance Services co-founder and MD Steven Penafort.