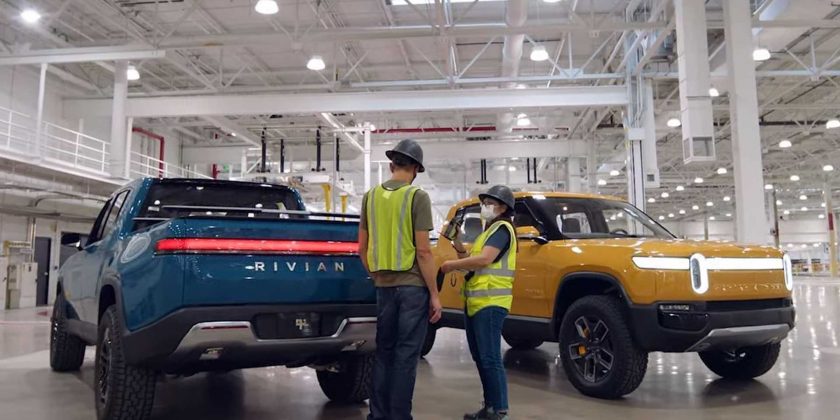 Rivian says it will offer nationwide service, with three ways to get your electric truck fixed.

Automotive News caught up with Rivian CEO RJ Scaringe to secure some much-needed details about the company’s plans for service and repair. As expected, customers will have multiple options depending on the situation.

Much like Tesla, Rivian doesn’t plan to sell or service its vehicles through traditional franchised dealerships. While many people appreciate this plan, it can also lead to issues when it comes to service and repair availability, especially early on. In addition, if sales growth is exponential, sometimes customer service can be impacted negatively.

We only mention Tesla as an example because people may be quick to compare its direct-to-consumer sales and service situation with Rivian’s future plans. As Tesla has grown, its vehicles now exceed the number of service centers able to adequately handle the issues in certain areas, so some people have reported long wait times for service, as well as inconsistencies among facilities in different locations. At the same time, three Tesla owners on our team at InsideEVs have had very good experiences on multiple occasions, so the situation is certainly not black and white.

With Rivian planning to run its own “dealerships” and service centers, potential buyers are expected to have plenty of questions. According to Scaringe, the automaker plans to have a “fully operational” service network ready before most people take delivery of their electric pickup trucks.

Rivian owners will be able to take advantage of over-the-air software updates for certain issues. If the problem can’t be resolved via a software update, owners can either visit a physical service center or schedule Rivian mobile service to come fix their vehicle at their home. Scaringe said in the Daily Drive podcast interview with Automotive News’ Jason Stein:

“We’re launching a large number of service centers throughout the U.S., really in the next nine months, 41 service centers. In addition to those service centers, we’re building a very robust network of mobile service [providers] that will come to you, your business or your home.”

However, thanks to EVs having fewer moving parts and less need for maintenance, Scaringe believes many of the most common potential issues will be resolved with the over-the-air software updates.

In addition, the partnership with Amazon and the order for 100,000 delivery trucks will be an asset to Rivan and its service situation, according to Scaringe. He explained:

“The Amazon program actually provides a really very useful and critical service-demand pool. One of the challenges of launching a service network for a company that doesn’t have a fleet or a car park just yet is that on day one of year one, you need to have service supply, but you don’t yet really have service demand.”

Scaringe said, “the Amazon program will ramp that up very quickly, and the service infrastructure — both mobile and physical — supports not only the Rivian vehicles but also the Amazon fleet.”

The CEO confirmed that Rivian is on track to begin retail deliveries in the second quarter of 2021. He also pointed out that, in addition to the service network, Rivian has a lot more happening behind the scenes. It plans to have a full digital commerce platform, an insurance platform, and a financing platform.