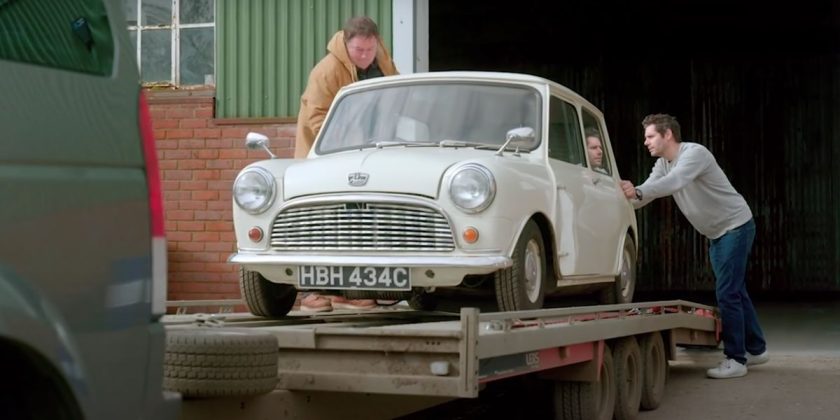 Wheeler Dealers has gone from relative obscurity to a global powerhouse with a worldwide audience of around 200 million. In its near-two decades on air, there have been 17 Wheeler Dealers series, over 200 episodes and numerous spin-offs. The show has also been through several presenter line-ups.

To help you make sense of all that, this is our handy, one-stop shop for all things Wheeler Dealers.

Wheeler Dealers debuted in 2003. It was established by Mike Brewer, a car dealer and at that time an established presenter on Channel 4 shows including Deals on Wheels and Driven. After his C4 contract concluded, Brewer developed a show with the working title ‘Grand Autos’ for Discovery. This was eventually renamed, taking inspiration from Brewer’s company ‘Wheeler Dealer Limited’, which channel execs liked the sound of.

See also: Mike Brewer On The Birth Of Wheeler Dealers, Edd’s Departure And The Future

Brewer was to be the one tasked with buying and selling used cars, which mechanic Edd China would restore to maximise profit.

The line-up of Edd and Mike lasted for 13 series, concluding in 2017. Then, Edd departed, at the time claiming the show’s new production company Velocity wanted to reduce how much footage from the workshop was shown on screen.

The pair’s split was an acrimonious one, with shots fired from both parties via several (now deleted) tweets. In a 2021 interview with Car Throttle, Brewer said that he hadn’t spoken to Edd since.

China’s replacement from series 14 was Ant Anstead, a car builder and TV personality who at that point had already starred in various shows including Channel 4’s ‘For the Love of Cars’. His time on Wheeler Dealers proved to be short-lived, with Anstead’s departure as the show’s full-time mechanic announced in late 2020.

From series 17, Wheeler Dealers is returning to the UK having spent five seasons in the US to capitalise on the show’s massive popularity across the pond. Ant has put down roots in the US, marrying and having a child with TV personality Christina Haack, thus chose to remain stateside. Haack and Anstead divorced in 2021, and he’s now dating actor Renée Zellweger.

See also: Wheeler Dealers Is Returning To The UK, Ant Anstead To Depart

Ant’s place has been taken by Marc ‘Elvis’ Priestley, a former McLaren Formula 1 mechanic turned TV presenter. Priestley will be a familiar face to some fans, as he’s previously starred in Wheeler Dealers: Dream Car. Anstead will remain part of the show via occasional guest appearances.

When is the new series and where can I watch it?

Season 17 began on 30 August 2021 (6 September in some territories) with an episode covering the purchase, refurbishment and sale of a 1965 Austin Mini. The series is filmed at Bicester Heritage in Oxford at a new workshop/studio built for Wheeler Dealers.

Where can I watch old Wheeler Dealers episodes?

Can’t bring yourself to wait until the next episode airs? Good news – at pretty much any time of day it’s possible to get a Wheeler Dealers fix. Older Wheeler Dealers episodes are repeated several times a day on other Discovery-owned channels such as Discovery Turbo, DMAX and Quest.

As is possible with the latest series, individual episodes from the past can also be purchased to watch via Amazon Prime. Alternatively, the Discovery Channel and Motor Trend subscriptions combined unlock all 230+ Wheeler Dealers episodes for streaming.