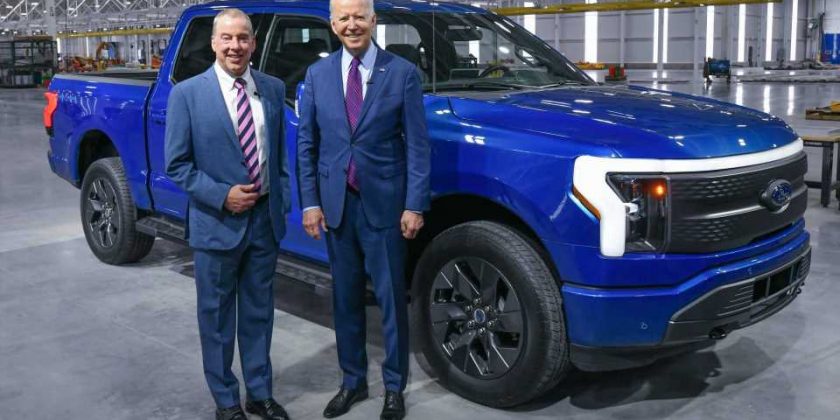 Half of US new vehicle sales by 2030 should consist of battery electric, plug-in hybrid electric, and fuel cell electric vehicles.

The administration will announce a set of new actions aimed at advancing this goal and increasing the impact of Biden’s proposed Build Back Better and Bipartisan Infrastructure Deal investments. According to the White House press release, these will position America “to drive the electric vehicle future forward, outcompete China, and tackle the climate crisis.”

The executive order sets “an ambitious new target to make half of all new vehicles sold in 2030 zero-emissions vehicles, including battery electric, plug-in hybrid electric, or fuel cell electric vehicles.”

The order is also said to kick off development of long-term fuel efficiency and emissions standards to save consumers money, cut pollution, boost public health, advance environmental justice, and tackle the climate crisis.

In addition, the Environmental Protection Agency (EPA) and U.S. Department of Transportation (USDOT) will announce how they are addressing “the previous administration’s harmful rollbacks of near-term fuel efficiency and emissions standards.”

Biden’s new executive order sets a new schedule for developing new emissions standards through at least 2030 for light duty vehicles and as early as 2027 for larger vehicles.

For the US auto industry, these new actions are tipped to strengthen American leadership in clean cars and trucks, bolster the domestic supply chain, and grow auto jobs “with good pay and benefits.”

The president will be joined at the signing today by Ford, GM and Stellantis representatives, with the Big Three supporting the White House’s plan and acknowledging the need to invest in and grow good-paying union jobs in the United States.

“Today, Ford, GM and Stellantis announce their shared aspiration to achieve sales of 40-50% of annual U.S. volumes of electric vehicles (battery electric, fuel cell and plug-in hybrid vehicles) by 2030 in order to move the nation closer to a zero-emissions future consistent with Paris climate goals.”

The government argues that despite pioneering the technology, the US is behind in the race to manufacture EVs and the batteries that go in them. For example, the US market share of electric vehicle sales is only one-third that of the Chinese electric vehicle market.

Here are some of the key investments outlined by the US government’s plan.

According to the White House, all these measures will put the US on track to reduce greenhouse gas emissions from new passenger vehicle sales by more than 60 percent in 2030 compared to vehicles sold last year.