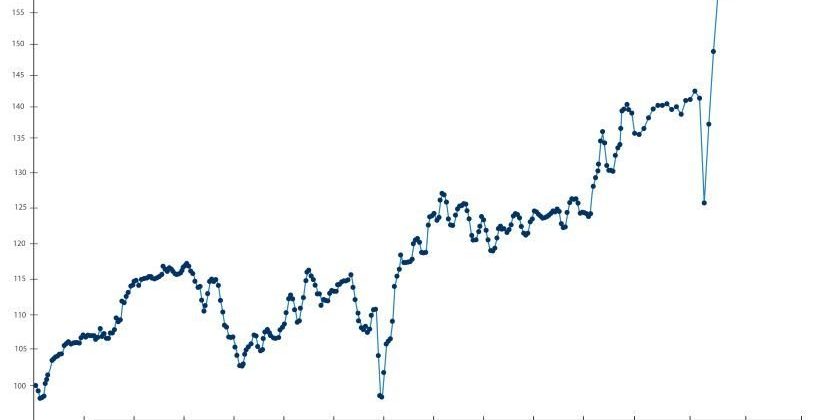 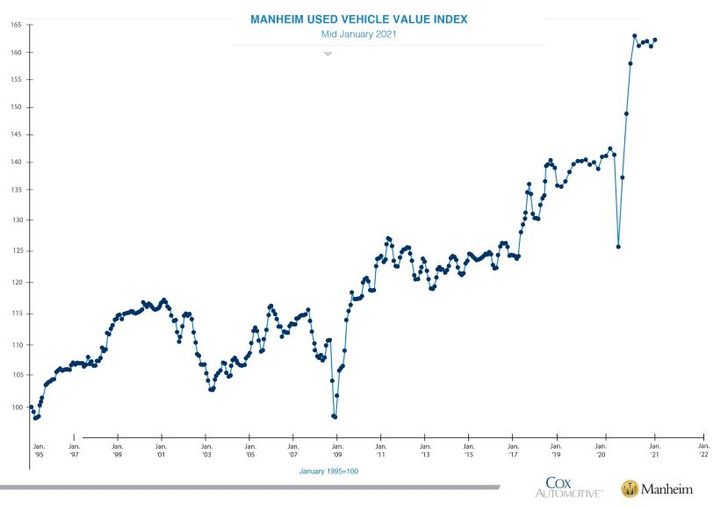 Wholesale used vehicle prices increased 0.7% in the first 15 days of January compared to the month of December, bringing the mid-month Manheim Used Vehicle Value Index to 162.3, a 14.6% increase from same time last year, according to Manheim.

Manheim Market Report (MMR) prices declined in the first full week of January but were unchanged the following week, and, overall, experienced a 0.4% cumulative decline over the last two weeks, for the three-year-old index, according to the company.

The latest trends in the key indicators suggest non-adjusted used vehicle values will likely see stable prices if not modest appreciation over the next week, Manheim reported. On a year-over-year basis, all major market segments saw seasonally adjusted price increases in the first 15 days of January.

Used retail supply is slightly above normal levels, at 51 days, based on vAuto data. Wholesale supply has increased to 25 days for the most recent seven-day period, when normal supply is 23.