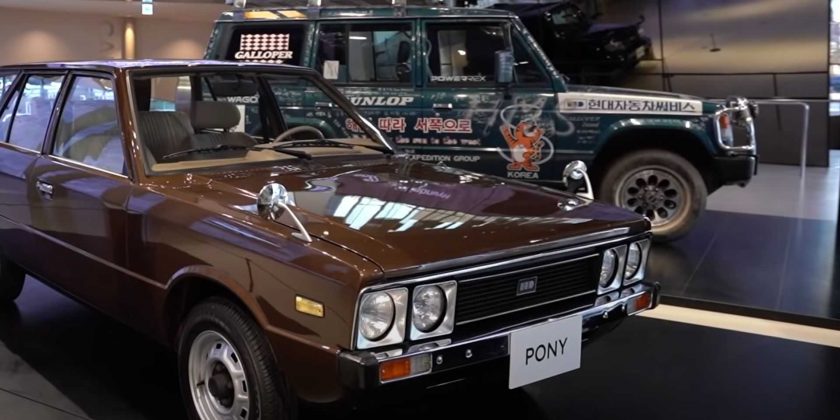 If you’re a fan of the Korean marque, this one’s a worthwhile watch.

Hyundai is celebrating its Heritage Week from October 27 to November 8, 2020. To commemorate this event, the Korean marque is looking back to its past, showcasing its first mass-produced car and SUV – the Hyundai Pony and Galloper.

If you’re a fan of the brand and you’re planning to fly to Korea and witness these historical pieces, well, that would be a challenge. The pandemic is still happening on several parts of the world and air travel isn’t safe at the moment, we reckon.

Asian Petrolhead is giving us a tour of this event at Hyundai MotorStudio, albeit through video. And of course, there’s no better subject than the very first vehicles that started it all for Hyundai.

As mentioned, the Pony is the first mass-produced car by Hyundai, which also happened its first exported model. To make the Pony, the company hired George Turnbull former managing director of Austin Morris at British Leyland. He brought with him five British Leyland engineers to complete the task: Kenneth Barnett, John Simpson, Edward Chapman, John Crosthwaite, and Peter Slater.

The Hyundai Pony is a hodgepodge of expertise from different brands. The Saturn engine, as well as the transmission were sourced from Mitsubishi; some Ford Cortina parts were used; and the body was styled by Italdesign Giugiaro.

On the other hand, the Hyundai Galloper is the brand’s first SUV. If it looks familiar, well, it’s a rebadged first-generation Mitsubishi Pajero, almost identical in styling and capabilities. As you know, Mitsubishi and Hyundai had a partnership back in the day, which officially ended in 2003 when the Japanese company dropped the remainder of its shares.

These are just tips of the iceberg. The video on top gives you a deeper tour into the Pony and Galloper – a good way to burn 25 minutes of your time.