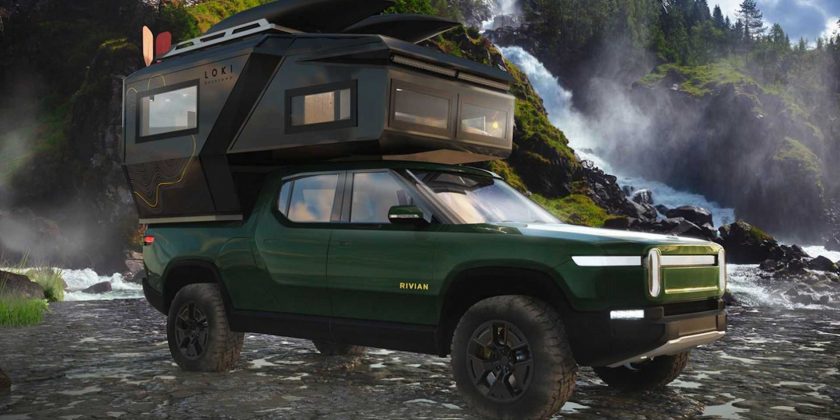 There are a plethora of pickups available today, and come this time next year, there should be several electrified ones, too. Hoping to ride that wave is Loki Basecamp, the Canadian-American camper company, which has introduced its new Falcon Series truck bed camper. It’s designed to fit a variety of truck bed sizes – from the Toyota Tacoma to the Ford Super Duty. It’ll also fit the Rivian R1T and the Tesla Cybertruck.

The Falcon Series camper emphasizes its four-season camping capability thanks to its standard air conditioner, heater, hot water supply, and synthetic composite insulation. Roof-mounted solar panels offer up to 360 watts of energy, which can keep the camper powered when it’s removed from the truck bed to function as a standalone shelter. Inside, tie-down tracks provide configurability for a host of gear, including backpacks, skis, bicycles, and more.

One neat feature is the larger strut-assisted liftgate at the rear, which allows for the easy loading of large gear into the camper. It also serves as an awning when opened while allowing easy access to the mudroom as the shower is located right inside the liftgate so campers can clean off before entering the living space. On top is a large platform roof rack that’s capable of acting as a deck. The camper also futures underfloor drawers for additional exterior storage.

Inside, there’s a couch that converts to a second bed, while the queen-size mattress fits in the alcove. There’s a toilet, kitchen sink, and counter space for the portable induction cooktop. An integrated display and mobile app help control various camper functions such as the lighting, water pump, and other equipment. The camper won’t be cheap, starting at $135,000. Deliveries are expected to begin in the first quarter of 2022. The Falcon Series camper is designed to fit 5-, 6.5- and 8-foot truck beds. 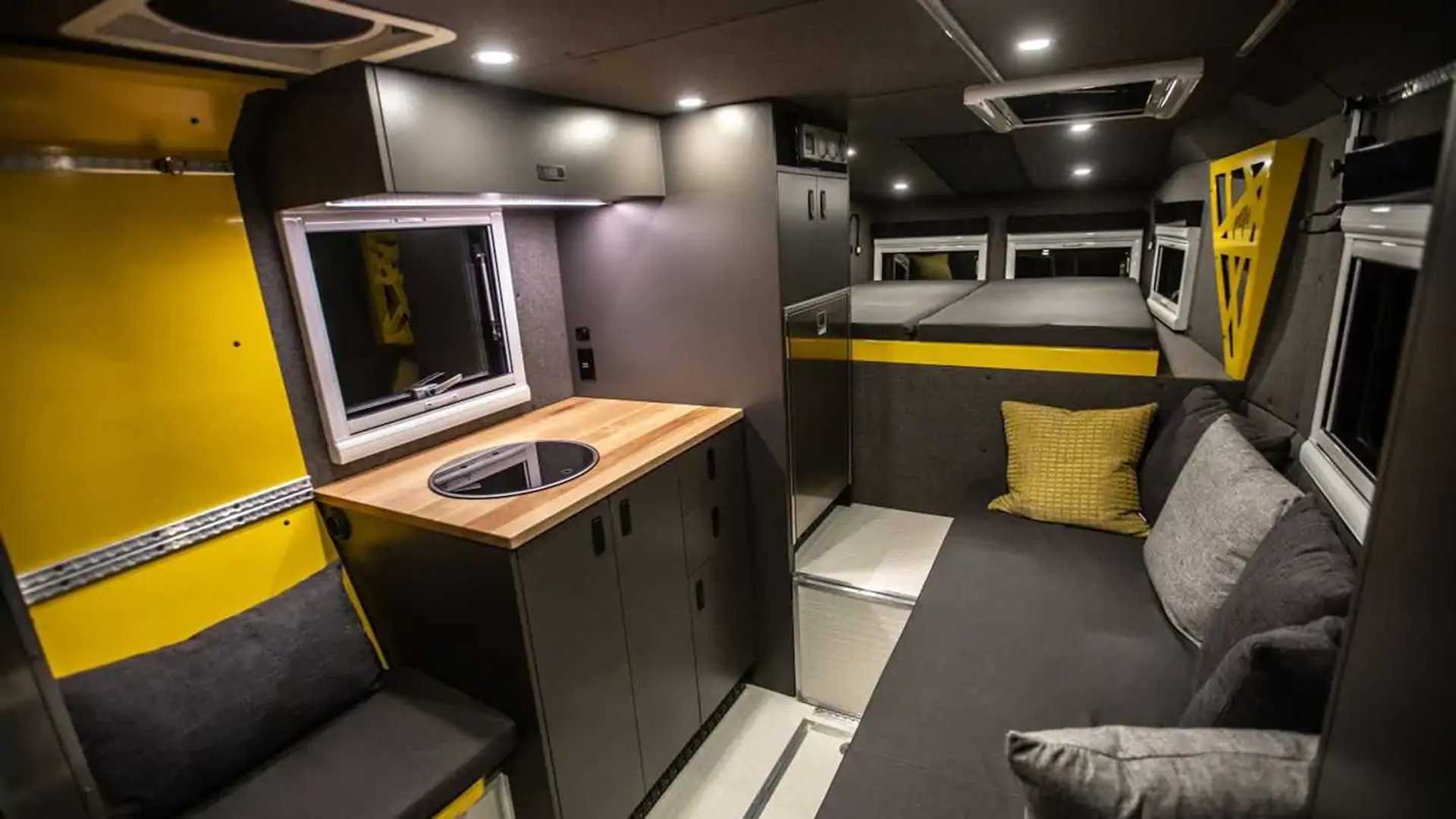 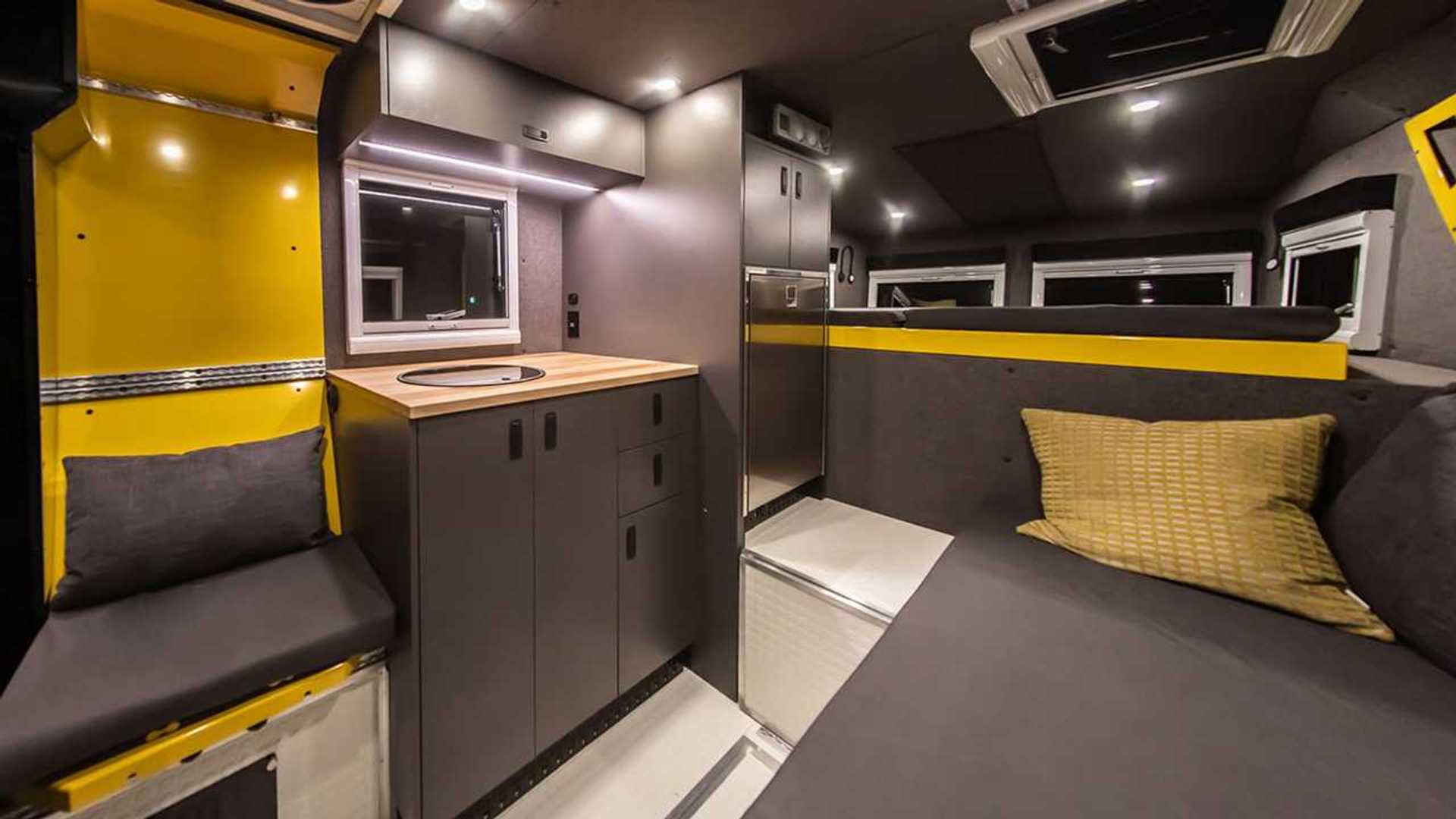 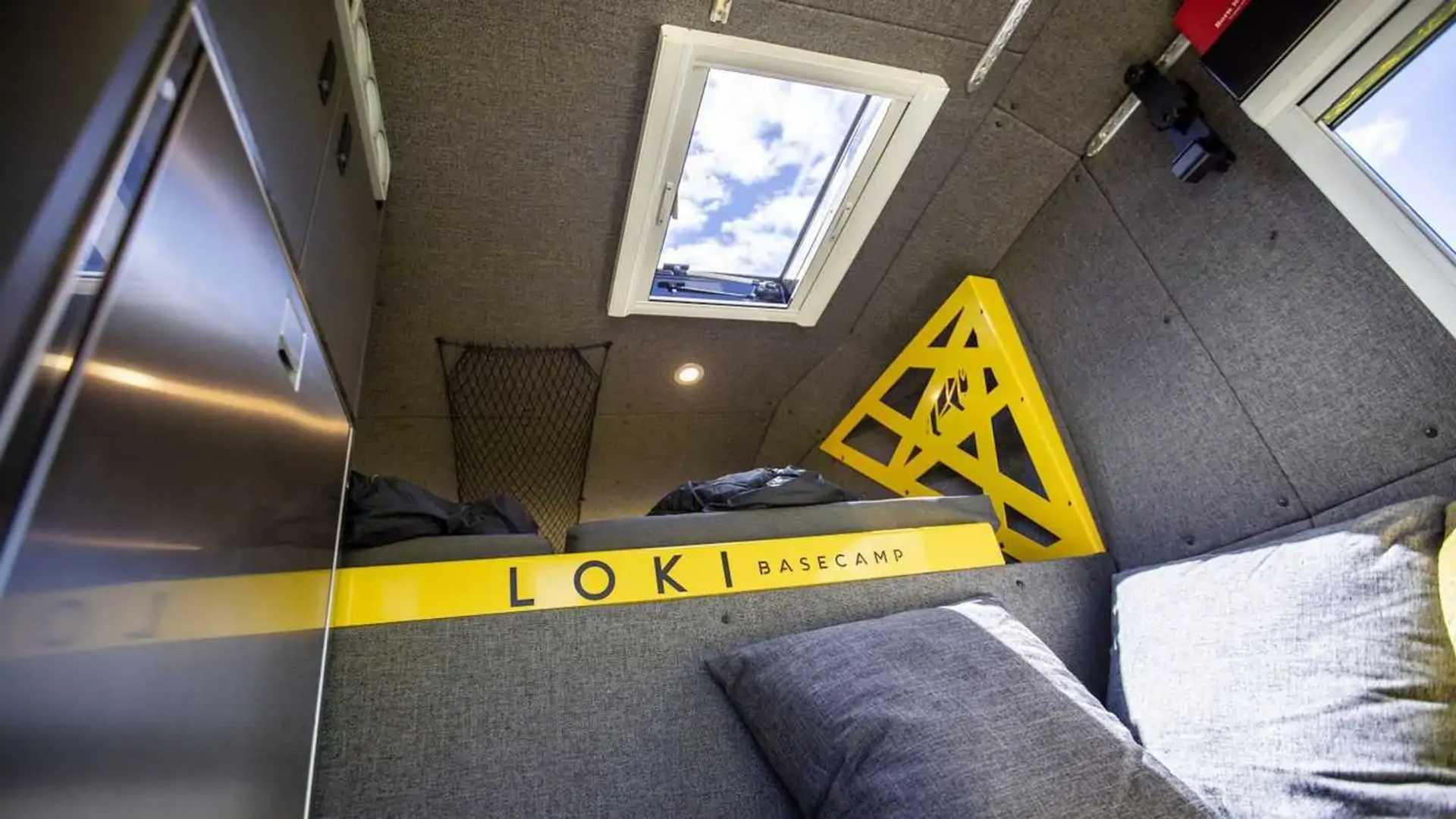