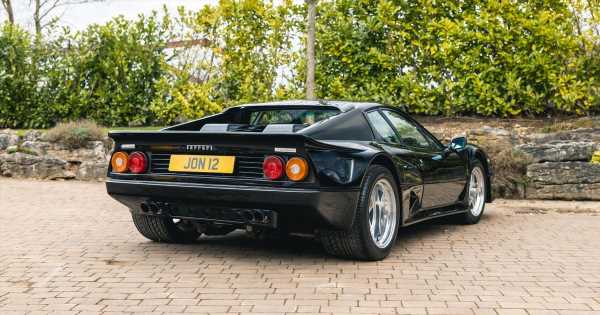 If you had money in the 1980s, you had to shout about it. Materialism was at its peak in a way that makes Love Island look like a nunnery. One of the kings of the era of big engines, big body kits and big egos was the Ferrari 512 BB Koenig Special.

Just look at its Collecting Cars auction page. Gawp at its widened wheel arches, its stunning pop-up headlights over quadruple round fog lights and its achingly retro flat rear spoiler. Catch your breath while trying not to wee in excitement as your eyes drift to the high rear bumper revealing the vast rear Pirellis and wholly failing to shroud the four exhaust tips. If Zeus himself descended from Mount Olympus to assume the form of a 1980s supercar, this would surely be it.

Now then, presumably like me you’ve spent three or four hours just drinking this visage of perfection in, forgetting all about everything else and then suddenly remembering you also need to carry on with your day. Let’s begin with a little background about this German-Italian Adonis.

The standard 512 was a handsome thing, very much of its era with smooth, suave and slightly understated lines. If it were James Bond it would have been from the Roger Moore era. And it was. To some it lacked the visual punch necessary to convince the other yuppies in The City that they were indeed the more successful and generally superior man, which is where German tuning house Koenig stepped in.

Its founder and driving force was Willy König, a publishing magnate who built up enough money to go racing in the 1960s in series like the German Hillclimbing Championship, which he won in a Ferrari 250 GT SWB Berlinetta. For some reason he used the pseudnym Robert Frank but was invited to a special celebration in Maranello after his big win. Thus the love affair with Ferrari was cemented.

In 1974 he bought a very early Ferrari 365 GT4 BB but found it a bit slow. He started planning upgrades to bring it into line with his expectations, copying parts from racing cars or adding higher-spec factory bits. Body kits, wider wheels and performance boosters all became common within a few years.

As the 512 BB was essentially a continuation of the 365, the company Koenig – named the English way to avoid a trademark battle with a high-profile Ferrari dealer in Germany – could carry on its growth in exploring even more extreme designs without having to re-tool. The results were staggeringly pretty, a bit like the Koenig-tweaked 928 we featured a couple of years ago.

This particular 512 BB is fantastically rare. Only 101 of them were ever made in right-hand drive and just a few are thought to have been converted by Koenig. Originally delivered in 1978 in Argento Silver over Blu Novola leather, it was converted at Emblem Sports Cars in 1985. The switch to black paint is dated to then, and the interior is believed to have been redone in grey at the same time.

It’s hardly a leggy old beast with 39,879 miles on the clock, but that’s plenty for a car so highly strung. At its last major fettle its Weber carbs were stripped, refurbished and rebalanced as part of a wholesale tune-up of the 4.9-litre flat-12. Adding a bunch of other tasks like replacing the brake lines, track rod ends, upper ball joints and rear anti-roll bar bushes, the total bill for the 2018 work came to just under £17,000.

This car is a poster child for the golden era of wild overcompensation, where bigger was always better and the only thing better than a Ferrari was a Ferrari tuned and modified to look like this. Bidding is well under way and has long since left the realms of classified-ad bargains behind, but I know what I’ll be daydreaming about today.