Adding electric buses to its intra-city fleet, the Brihan Mumbai Electricity Supply and Transport Undertaking (BEST) deployed 10 9-Meter electric buses in Mumbai. The new eBuzz K7 electric buses have been sourced from Olectra-BYD, as part of its 40 AC & non-AC bus order on gross cost contract basis. The new e-buses join the fleet after the successful deployment of the six eBuzz K7 buses that were added to the fleet in November 2017 by BEST.

Speaking on the electric buses being inducted in the BEST fleet, Anand Swaroop, COO, Olectra Greentech, said, “Olectra is committed to making zero-emission public transport available for the commuters with an objective of curbing the alarming rate at which the air pollution is increasing in the country. Olectra is introducing different models to suit the various requirements in various Indian cities. Our leadership in the segment is backed by continued expansion and innovation in eBuses that have proved their competency in functioning efficiently across varied terrains and geographies. As of now, Olectra has the largest market share in electric buses commercially operating on India roads. In the long run, electric vehicles would play a significant role in not only preserving the nature but also in yielding macro-economic benefits including conserving the valuable forex for the nation due to reduced dependency on fossil fuel.” 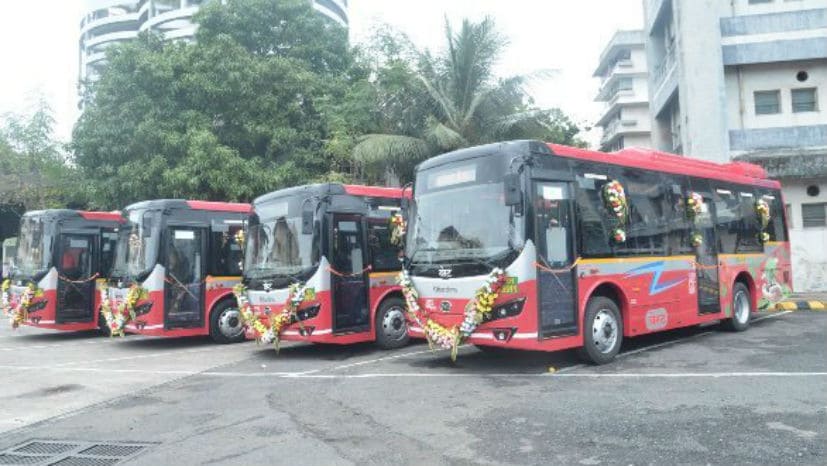 The new buses have been deployed under FAME-I [Faster Adoption and Manufacture of (Hybrid and) Electric Vehicles] Scheme of Ministry of Heavy Industries and Public Enterprises. The new fleet of 9-metre AC and non AC low floor buses can travel up to 200 km on a single charge based on traffic conditions. The high-power fast AC charging system can fully charge the buses in two to three hours. The 32 seater buses come with an electronically controlled air suspension that ensures optimal ride quality, while there are three CCTV cameras to ensure the safety of the commuters. The electric buses also come with regenerative braking, along with short circuit, over-temperature and lightning protection.

After deploying 46 electric buses on public roads, BEST aims to ferry over one million passengers every month with zero-emissions public transport. The transport agency also plans to add 250 more electric buses in its fleet to facilitate environment-friendly transportation. This will result in a reduction of carbon emissions around 1.2 crore tonnes, while avoiding 37 lakh litres of diesel and its related costs each year. The company says the savings are equivalent to planting 60,000 trees. Olectra-BYD has been running its electric buses across a number of cities including Himachal Pradesh, Mumbai, Hyderabad, Kerala and Pune, having covered over five million kilometres in commercial operations.