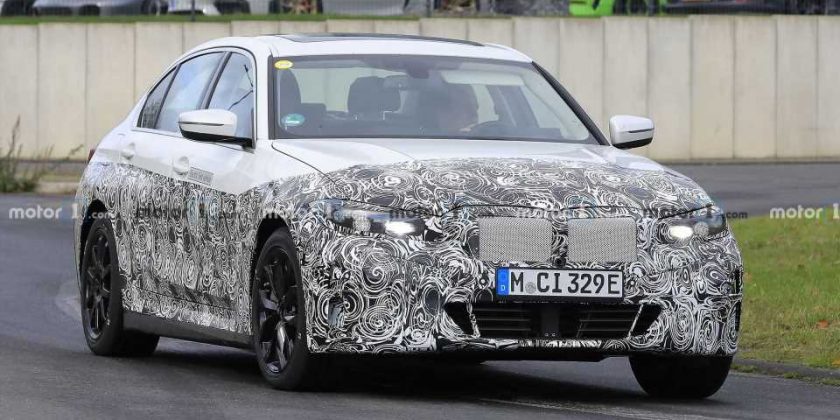 The camouflage could be a sign the EV version will be based on the 3 Series facelift.

The M3 Touring and i4 won’t be the only new additions to the 3 Series / 4 Series lineup as BMW is also working on a 3 Series Sedan without a combustion engine. It’s now been spied once again looking a lot like a standard 3 Series equipped with a gasoline or diesel engine, but the lack of an exhaust reveals the prototype’s EV nature. The “Electric Test Vehicle” stickers on the front doors further denote the car wasn’t burning any fossil fuel.

There could be two possible explanations as to why BMW camouflaged the car. Scenario A is we’re looking at an early test mule that uses a modified body of a conventionally powered 3 Series. Scenario B is the electric sedan will be based on the mid-cycle facelift the 3er will go through in the coming years. The plot thickens when you take a closer look at the front and notice those headlights are actually placeholders. 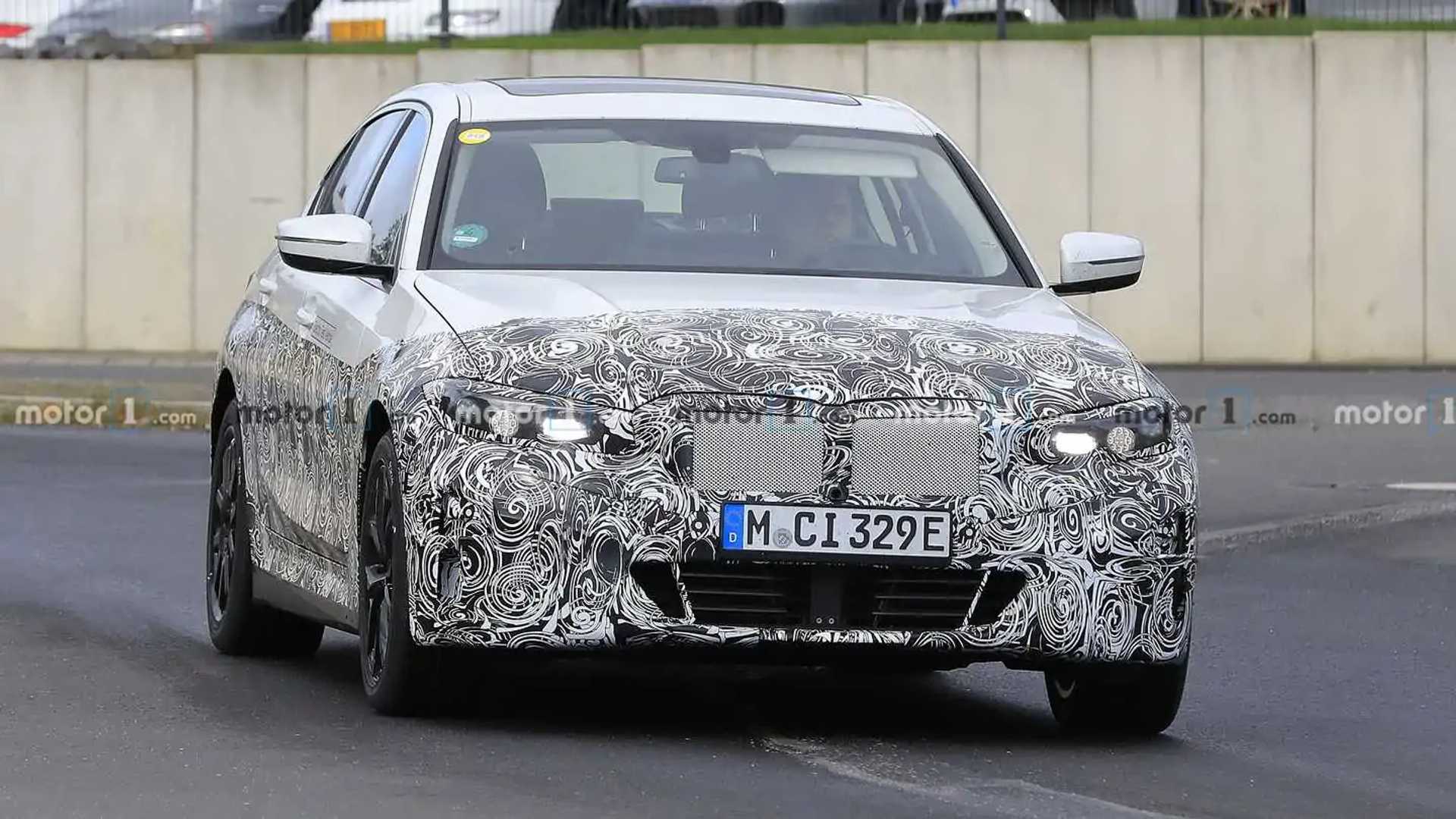 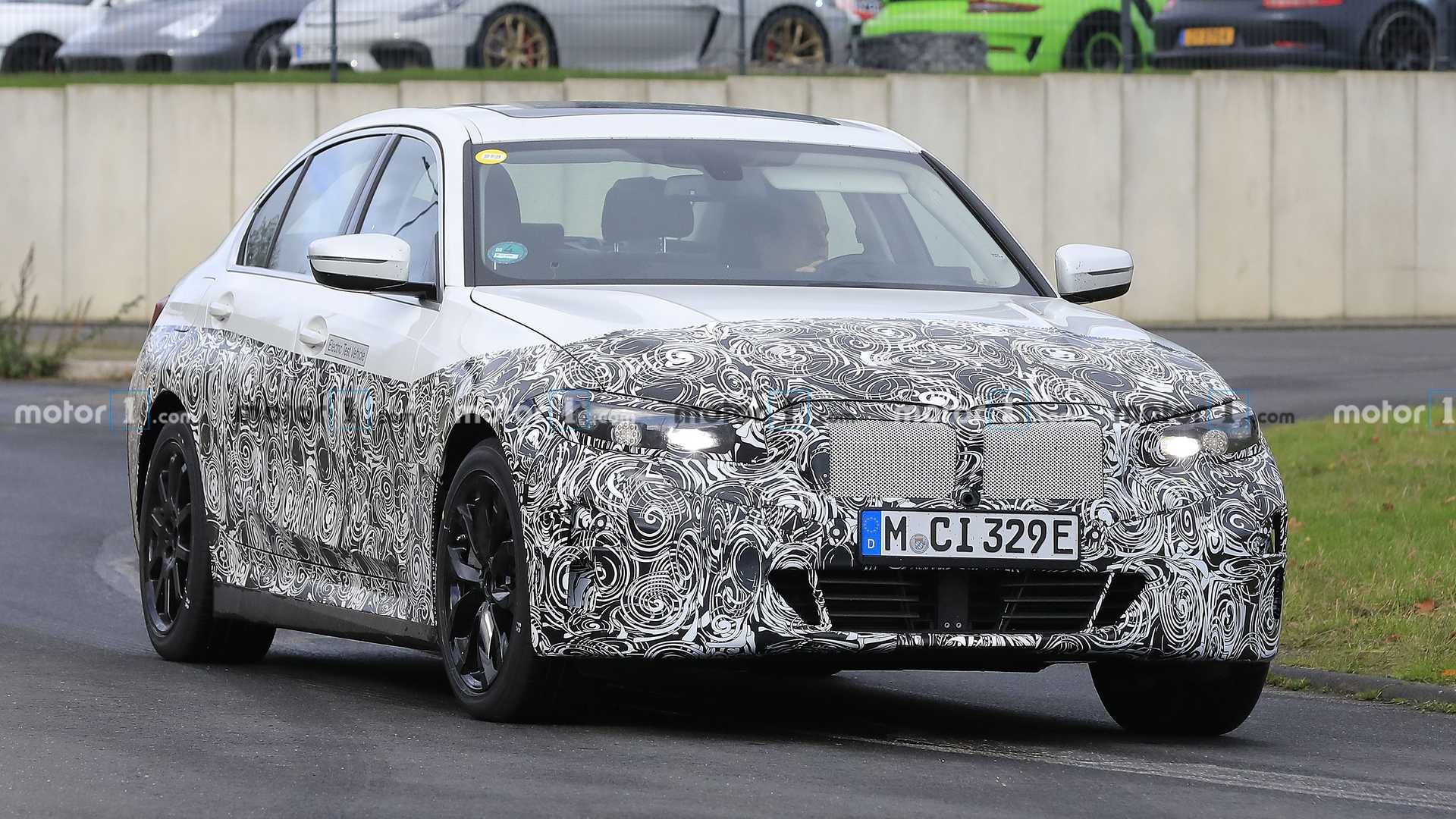 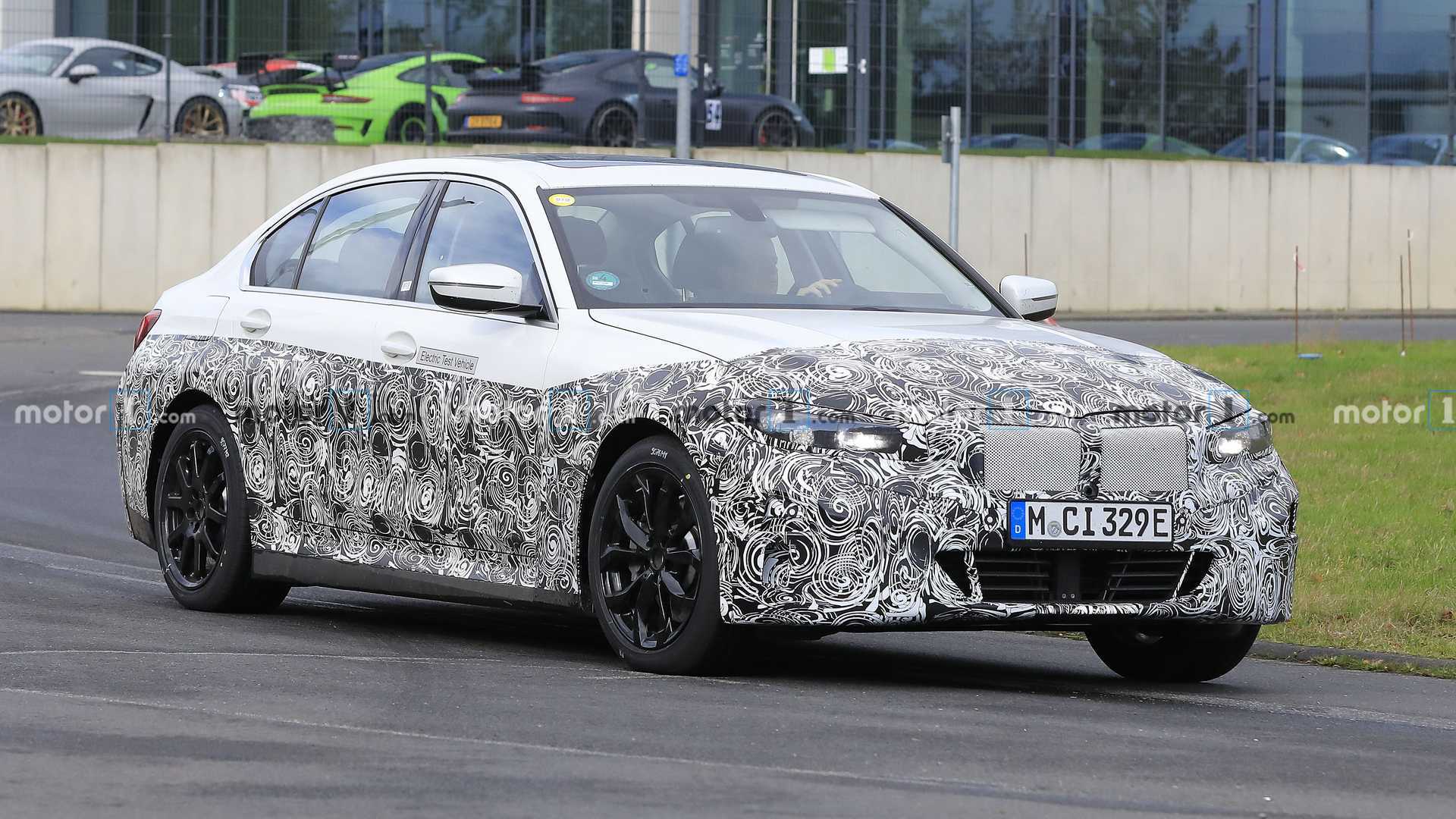 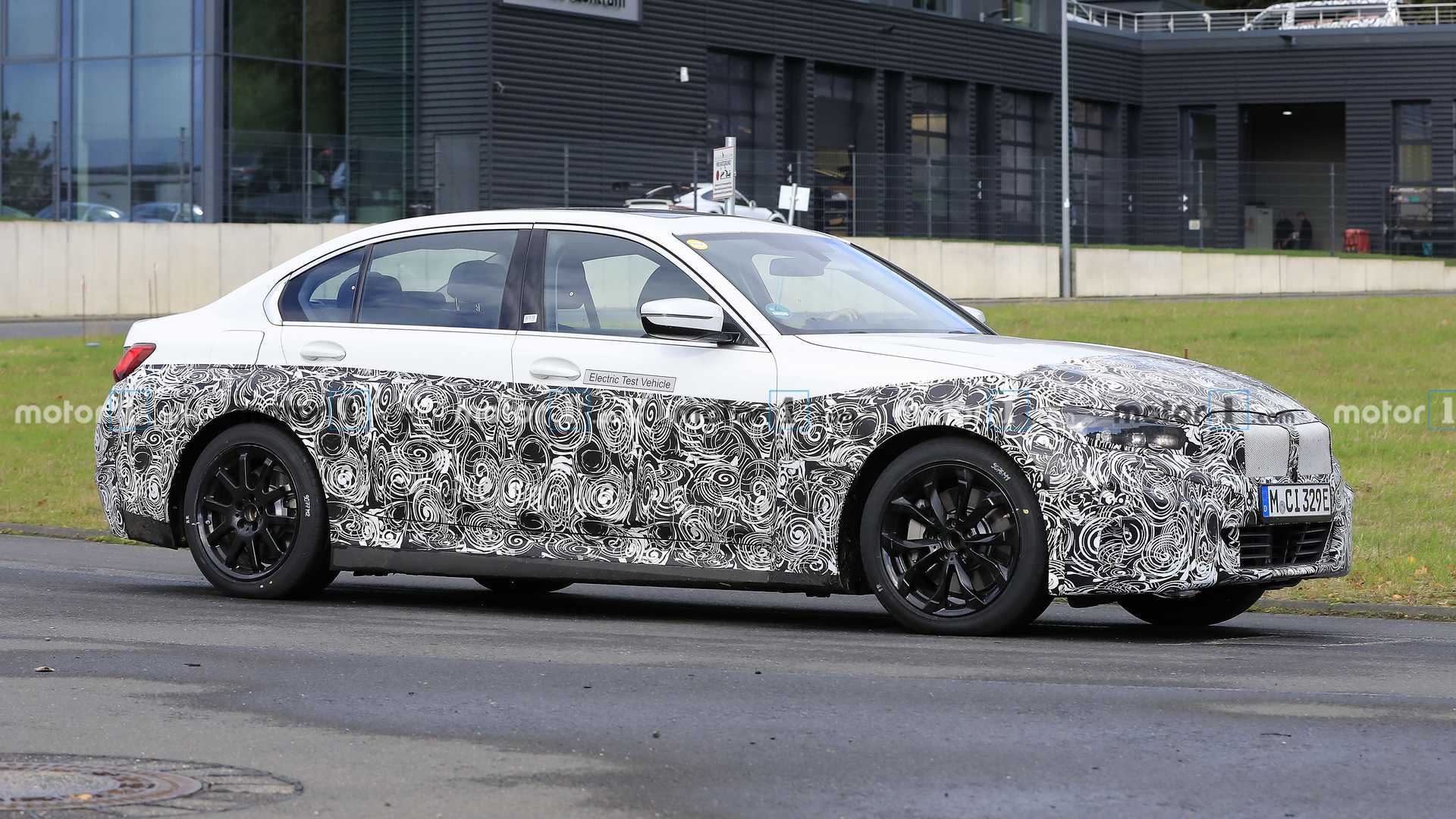 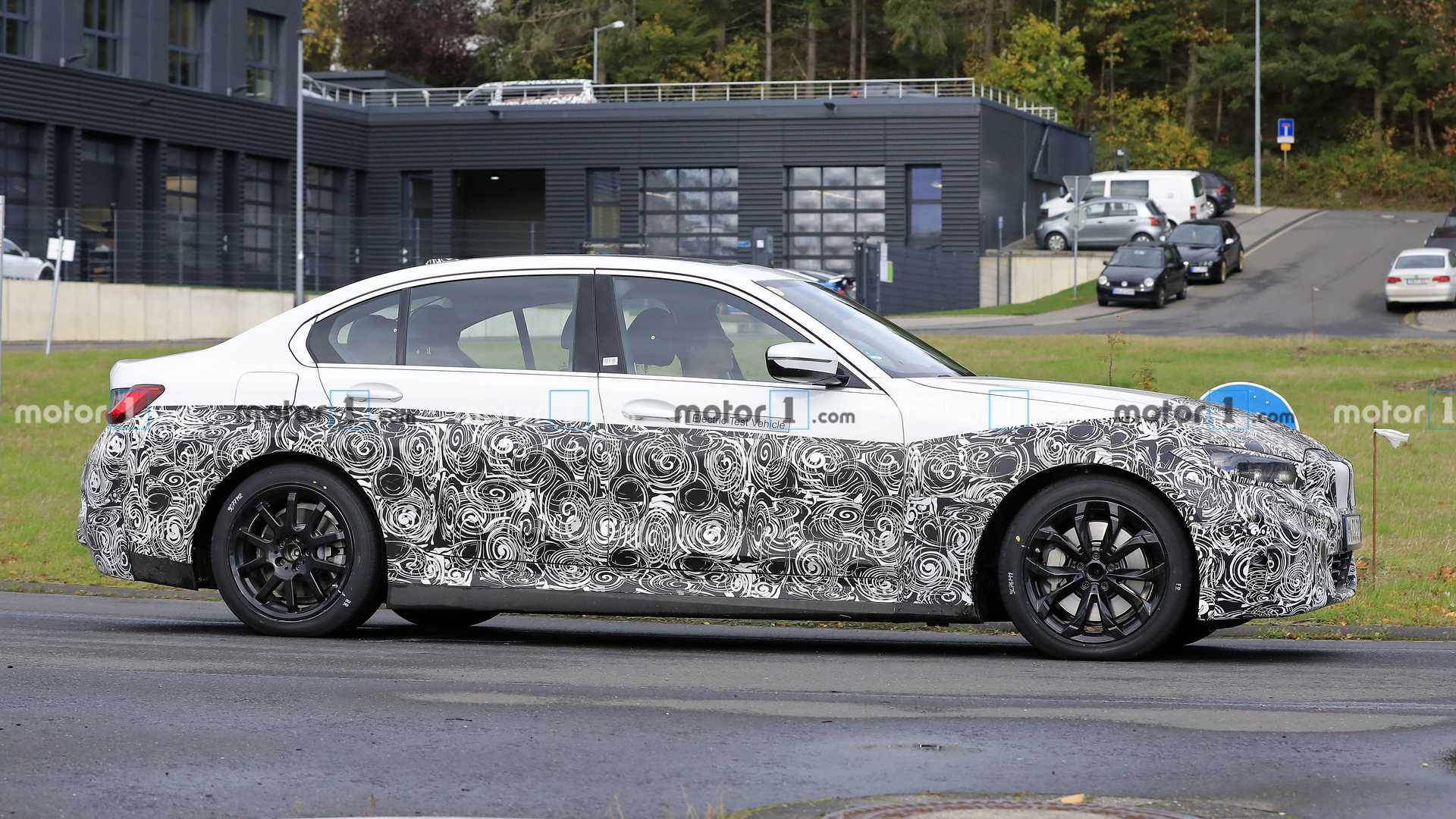 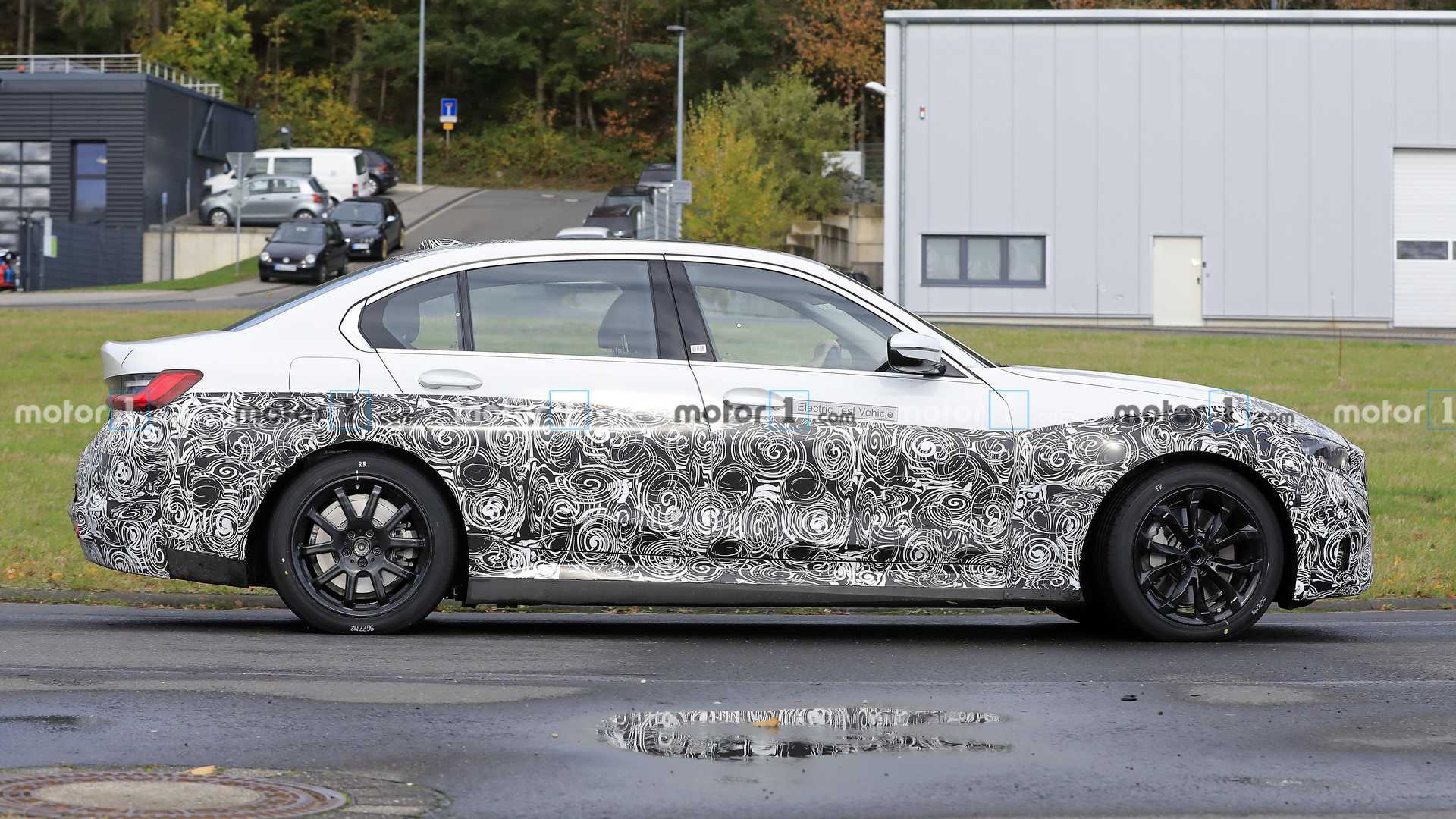 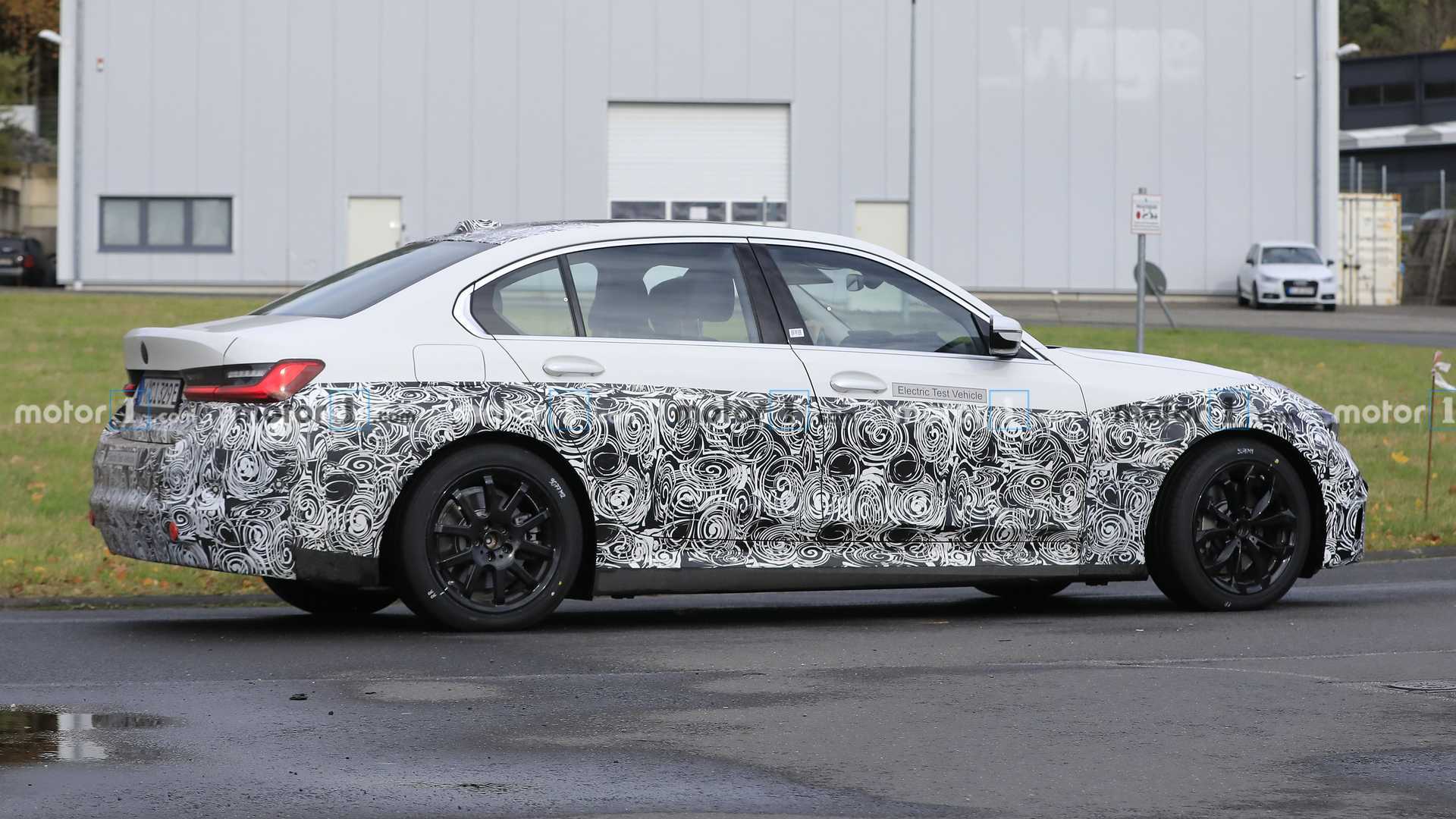 BMW decided to fully camouflage the front grille, but it wouldn’t be too far-fetched to assume it will have the same retro-esque kidneys as the Concept i4 and the subsequent production model. The Tesla Model 3 competitor from Bavaria had mismatched wheels for some reason and had a bit of that swirly camouflage on the roof as well.

The 3 Series EV is unlikely to match the electric punch of the M-badged i4 confirmed for a 2021 launch. The swoopy electric “gran coupe” based on the same CLAR platform as the conventional 3 Series and 4 Series is expected to have more than 500 horsepower, so look for the completely silent 3er to have a lower output number.

For reference, the rear-wheel-drive iX3 with a single electric motor is good for 282 hp and 295 lb-ft (400 Nm). Adding a second electric motor would greatly increase output while offering a grippy xDrive all-wheel-drive system, but the 3 Series EV’s specs remain shrouded in mystery for the time being.

While rumors have suggested BMW will slap on the i3 badge, one has to wonder whether that will actually be the case. The German marque might not want to associate the EV’s name with that of the quirky electric / hybrid hatchback, especially since the i3 is still in production. The oddly shaped city car reportedly won’t be renewed for a second generation, so it could be discontinued by the time the 3 Series Electric arrives. Nevertheless, our money is on a fresh name to better differentiate the two cars.