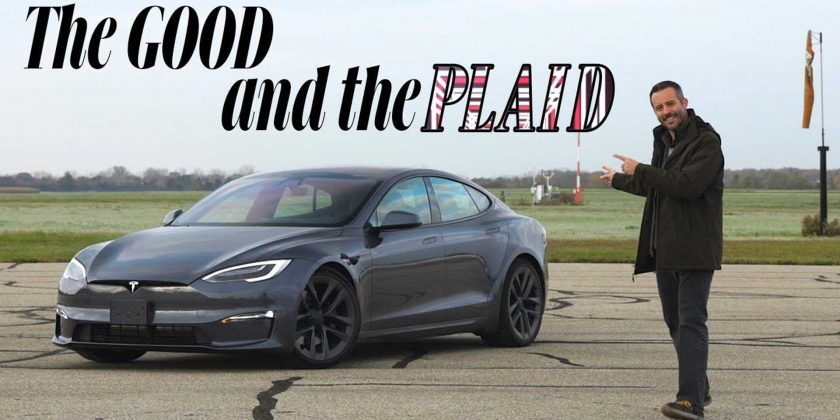 All you have to do is look at Car and Driver‘s recent articles about the Tesla Model S Plaid to get a basic idea of what the publication thinks of the car. Essentially, Car and Driver put the Plaid through all of its tests and then published several articles on various topics. For example:

According to Car and Driver, in summary, the new range-topping Model S is super quick, though not as quick as Tesla’s claims, it has plenty of real-world range, its screen setup is better than that of the outgoing model, and it has some flaws.

Kudos to Car and Driver for putting out so much Model S Plaid content over a very short time. It will certainly work to get the attention of plenty of people across the globe.

The Plaid has been touted as the quickest production car ever built, it’s all-new inside, and it has an incredible amount of range. If you need more range and don’t need the ridiculous acceleration, you can save some money buying the base Model S, which is no longer called the Model S Long Range.

The Plaid carries a starting price of $129,990, which is certainly expensive, though it competes with multi-million dollar hypercars, as well as much more expensive, performance-oriented luxury cars. The standard Model S starts at $94,990 and it’s essentially the same car, albeit with performance specs dialed down a notch.

That said, there’s one caveat: Tesla says if you order a Plaid today, you may be able to take delivery before the end of 2021. People who order the base Model S may have to wait nearly a year to get their car.

Back to the details you’ve all been waiting for. Car and Driver achieved a 2.1-second zero-to-60-mph time and a 9.4-second quarter-mile pass. Tesla says 1.99 seconds and 9.23 seconds, respectively.

The Plaid got 280 miles of range in Car and Driver’s real-world testing, which host Carlos Lago – congrats to Carlos for the new position at Car and Driver, by the way – says is actually impressive, though the EPA estimate comes in at 348 miles with 21-inch wheels (Tesla’s website also notes 396 miles with 19-inch wheels). In our range test, Tom Moloughney drove 300 miles at 70 mph on the highway before the Plaid with 21-inch wheels was out of juice.

Car and Driver provided the following topics and timestamps to go along with the video above. Check it out for all the details. Then, head down to our comment section and leave us your thoughts.