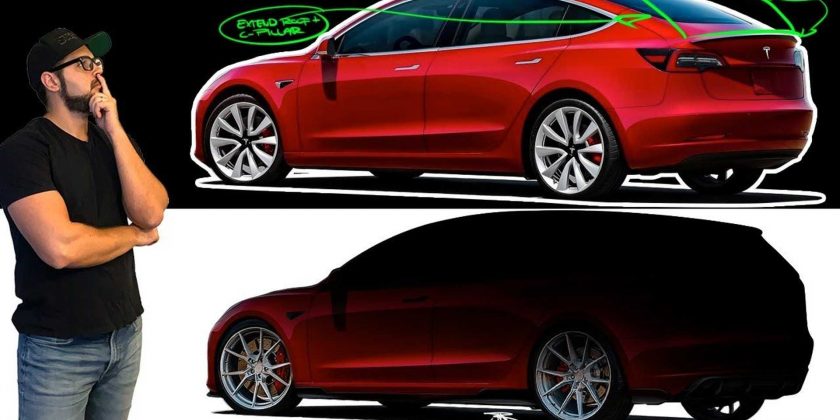 It could happen one day, but until then, try not to drool over this sexy electric wagon.

A Tesla wagon? That might sound strange, but it could be a reality one day, especially in Europe where wagons, or estates, are very popular. A wagon version of the Model S or 3 would be neat, or an all-new product: the Model W.

YouTuber, TheSketchMonkey, thinks it would be a great idea, and wants Elon Musk to make it a reality. But, since it probably won’t happen anytime soon, TheSketchMonkey decided to make one himself using Photoshop. He likes making vehicles into something they aren’t. For example, in the video he explains some of this previous projects, including making the McLaren P1 into a front engine supercar, and making the Ford F-150 truck into a large sedan.

The YouTuber takes you through the process of making a Model 3 into a wagon. The end result is impressive. He added a ducktail spoiler, a carbon fiber rear air diffuser, side skirts, and upgraded Tesla wheels. He was aiming for a sporty look and called it the Performance+ model. Like many automotive enthusiasts, I love wagons, and this rendering makes me want one all over again.

But most Americans pass on wagons, so it’s hard to imagine it would ever happen in North America. However, TheSketchMonkey disagrees.

He could be right. If you’re a Tesla owner, do you like wagons? What do you all think of the rendering? Comment below and let us know.