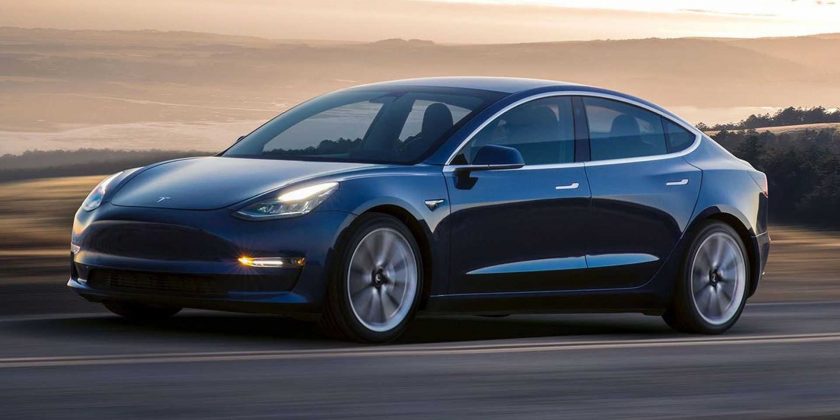 Tesla has ignored the ‘no demand’ forecasts and created a substantial lead. Now it’s building a factory in Germany.

Posted on EVANNEX on August 02, 2020 by Charles Morris

“There is no consumer demand for electric cars.” For two decades, that’s been the mainstay of the legacy automakers’ argument against electrification. Well, now demand for EVs in Europe is booming, and the German automakers are finding themselves woefully unprepared. Not only are they not building enough vehicles, but the Continent’s fast-charging infrastructure is looking inadequate for the coming wave of EVs (Tesla now has almost 5,000 Superchargers in 24 European countries, while the Ionity consortium has only 1,160 so far). Tesla, which of course never bought into the self-defeating “no demand” argument, has been rapidly building production capacity and charging infrastructure, and it’s now preparing to open a factory in the Germans’ backyard. In honor of the opening of baseball season, let’s use an American cliché, and say that they’re going to have to play some serious catch-up ball.

A few years ago (up until about the end of 2016, as it happens), Europe, outside of a couple of hotspots, namely Norway and the Netherlands, was far behind the US in terms of EV adoption. That dynamic is now reversed, and Europe is rapidly becoming the driver of the global EV industry.

The soaring demand for EVs is largely a product of government policy—EU emissions regulations are forcing automakers to build electric models, and purchase incentives are encouraging drivers to buy them. Germany recently increased its maximum EV subsidy to 9,000 euros ($10,460), and Austria, France, Spain and the UK are also offering substantial incentive packages. Whatever the impetus may be, the sales surge is undeniable—in June, the market share of plug-in vehicles exceeded 8% in all of the three largest European auto markets.

As Simon Hage and Martin Hesse write in the German news magazine Der Spiegel, the German manufacturers are far from ready to handle the growing demand. They have a wave of new EVs in the pipeline, but it will be 6 to 18 months before most of them hit the streets. The launch of VW’s flagship new EV, the ID.3, has been delayed by software glitches. And of course, ramping up production of existing models (like the e-Golf, which has been around since 2015) takes time and investment.

“The car companies are suffering from bottlenecks, especially with regard to battery cells,” Roman Zitzelsberger, a member of Daimler’s supervisory board, told Der Spiegel. The magazine reports that buyers ordering new EVs are facing waits of up to a year, and that German brands have stopped taking new orders for some of their electric models.

Ironically, the problem the German giants are facing is reminiscent of the “valley of death” that Tesla struggled through with Model S, and later with Model 3: the companies have invested billions of euros in developing their new EVs, but if they can’t get them to market quickly enough, the damage to their reputations, and their bottom lines, could be enormous.

The German brands, which have always considered themselves to be at the cutting edge of automotive technology, must be perplexed that the best-selling EV in Europe right now is Renault’s tiny and unglamorous Zoe. Even worse, in several markets, Tesla’s Model 3 is outselling anything the Germans have to offer. Even in Germany itself, VW is barely hanging on to the top spot: in the first half of 2020, the e-Golf sold 7,320 units, the Zoe was hot on its tail with 7,066 sales, and Tesla’s Model 3 was coming up fast in the mirror with 4,367.

So, was ist los? Can the Germans not see which way the electric wind is blowing? No, that’s not the problem. They know what they need to do, and VW, for one, is moving in the right direction—the company has converted its factory in Zwickau entirely to EV production, and has begun to do the same at its Emden plant. Daimler is building several battery factories, hoping to break the stranglehold of Asian suppliers and bring battery production to Europe. These companies are devoting what sound like huge sums to electrification, but compared to the scale of their ICE vehicle production, their electrical efforts are still small potatoes. The real problem at all the world’s legacy automakers is that they still believe they’re going to be able to make a gradual transition to EVs over the course of decades, while continuing to sell lots of highly profitable gas-burning SUVs.

There are pro-EV and anti-EV factions within all the large auto companies. Markus Duesmann, Audi’s new CEO, appears to embody the contradiction. Duesmann used to be an executive at BMW, where he was involved in developing the company’s i3 and i8 models, which put BMW at the forefront of EV development. But the company lost money on the i models, and after a change of leadership, it more or less abandoned its electrification push. Its next generation of EVs isn’t scheduled to appear until 2021.

At Audi, Duesmann has overseen the creation of the Artemis project, which is bringing together an independent team of specialists from across the VW Group to work in “a startup-like atmosphere” to develop new electric and autonomous vehicle technologies. On the other hand, he recently said in an interview that ICE vehicles “will be alive for a very long time,” and that Audi would continue to “invest massively in the development of combustion engines.”

Ralf Brandstätter, the new head of the VW brand, made similar comments in an interview with auto motor und sport (via CleanTechnica), saying that VW would be offering ICE models for a long time yet. “We have always said that we would have different propulsion types on an equal footing in the long term.”

In Europe as in the US, auto dealers have also erected roadblocks to electrification. Auto motor und sport reported that VW CEO Herbert Diess wanted to replace existing ICE versions of the tiny Up! city car and the Passat luxury sedan with electric models, but dealers nixed both moves, so the gas-burning versions of both cars live on.

According to Der Spiegel, when Audi CEO Duesmann heard about Tesla’s planned Berlin Gigafactory, he laughed out loud—not in ridicule, but in wonder at the audacity of the brash young challenger.

Duesmann understands that Tesla has a huge lead in the software department. “As far as networking and on-board networking go,” he recently said, “we are not yet on equal footing [with Tesla].” Software and connectivity are at the heart of Artemis’s mission, and the VW Group has created a new unit called car.Software.org.

“At first, none of us took Tesla seriously,” says Duesmann. “Then we were puzzled, and then we were shocked by what they were capable of.”

The German automakers (among others) need to get shocked, and they need to get busy. They have about a year before Tesla starts shipping vehicles from Berlin.