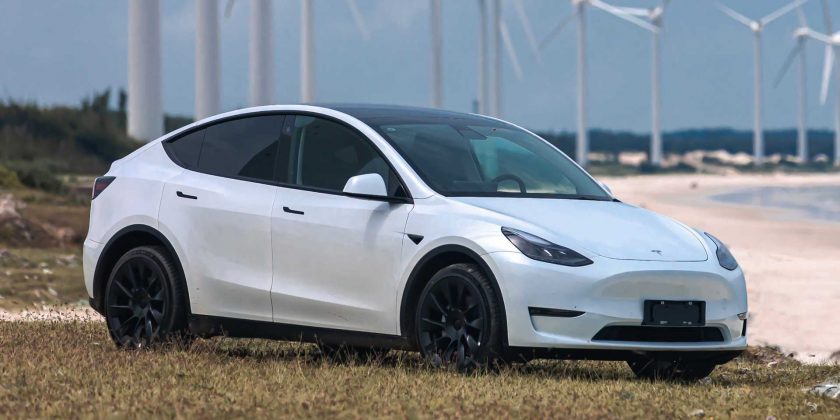 Posted on EVANNEX on September 14, 2022, by Peter McGuthrie

Tesla remains the world’s most valuable automaker, and the company is paving the way for the worldwide shift to EVs. As the auto industry at large continues moving in Tesla’s direction, the EV sector has just surpassed an important milestone on its way to mainstream appeal.

Above: A white Tesla Model 3 in a parking garage. Photo: Charlie Deets / Unsplash

Battery-electric vehicles reached 10 percent of the worldwide auto market in July, according to data compiled by CleanTechnica. The publication’s José Pontes has also said he expects September to be the first time plugin vehicle registrations will reach one million units.

Worldwide plugin vehicle registrations jumped 61 percent year over year in July, totaling 778,000 units and representing the best first month of any quarter yet. Additionally, plugins made up 14 percent of the overall market share, with plugless hybrids down for the fourth month in a row — likely signifying a shift at large in the industry toward plugin EVs.

Between January and July of this year, the Tesla Model Y had 344,928 global sales to remain the top-selling EV model of any category. Closely followed by the affordable Wuling HongGuang Mini EV (244,961) in second and the Tesla Model 3 (236,518) in third, the U.S. automaker’s reach has been no small feat.

The competition for China’s auto market plays a huge role in the worldwide auto market, and Tesla and BYD are neck and neck as most other automakers rank far behind the two.

As for overall brands in July, BYD dominated world plugin vehicle sales overall with 160,061 total sold, while Tesla was in second place with 52,084. Still, Pontes expects Tesla’s September to be huge, meaning it could still overtake BYD in the final month of Q3. In third for top world plugin vehicle sales by brand was European automaker Volkswagen with 46,400 units sold, surpassing SMGW in recent months.

Between January and July, BYD has sold 800,745 plugin vehicles, for a total of 16.2 percent of the overall global market share. Tesla has sold 617,309 units for 12.5 percent of the market share in that time, though Pontes thinks the automaker could take back the crown by the end of this quarter. Behind the two are several automakers with significantly lower sales, with SGMW (273,292), Volkswagen (204,510) and BMW (181,585) filling out the rest of the top five.

It’s tough to say what the market will look like in the coming months, but for the first time ever, Tesla’s dominant position in the EV market is being challenged. As competition increases, more EVs are out on the road than ever, and most EV enthusiasts will be able to appreciate the reduction in carbon emissions, no matter which company is on top.