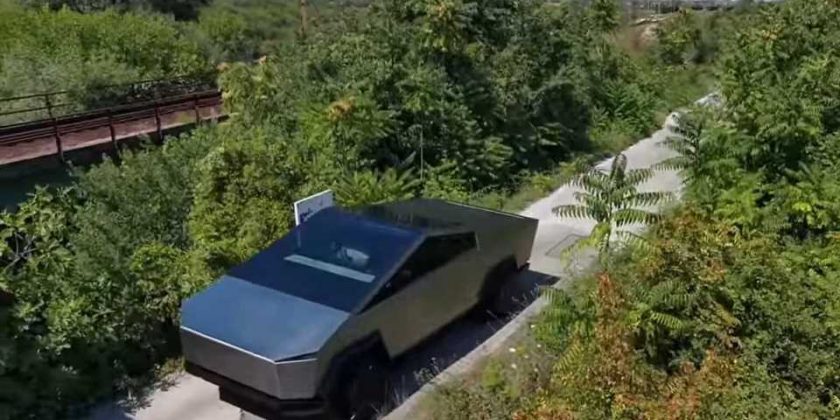 We’ve been waiting and hoping someone would really dive into this incredible Tesla Cybertruck project.

The Tesla Cybertruck certainly got the world’s attention when it was first officially revealed. Many people across the globe started trying to replicate it. However, the Cybertruck clone project out of Bosnia quickly moved into the spotlight.

As soon as you start this video, you’ll probably think, “That’s Like Tesla Kim.” We will probably never be able to think of her as anyone else. We covered the popular Like Tesla YouTube channel a lot in the past, but Kim temporarily disappeared. Now, she’s been back for a bit, and she’s transformed to Kim Java. The channel is now renamed It’s Kim Java officially, but it’s not Kim Java, it’s Like Tesla Kim.

At any rate, Kim has a knack for tracking down people and projects that deserve attention. During the time that we originally covered Cybertruck clones and then the Bosnian Cybertruck, she was either really pregnant, having a baby, or taking care of a newborn, so it wasn’t a huge priority. However, after discovering the awesome project, Kim decided it was time to dive deep.

As you can see from the video, Kim was able to get exclusive coverage and behind-the-scenes footage of the truck inside and out. She also has plenty of footage of the extensive conversion and building process. She interviews the makers and gets a bunch of solid information. Sadly, the Bosnian Cybertruck isn’t electric. In fact, it uses a Ford F-150 Raptor as its base. The conversion process took about seven months and cost about €20,000 ($24,000US).

Get out the popcorn, kick back, and check out the video. It really is pretty fascinating. Then, let us know if you have a favorite Tesla Cybertruck clone. Is it actually electric?