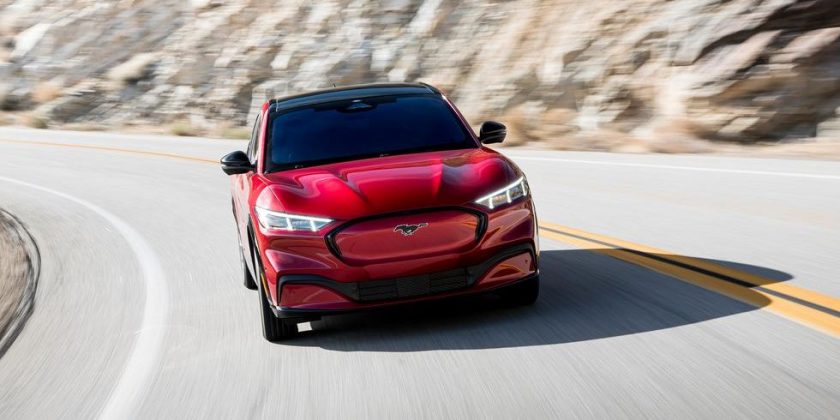 The original Ford Mustang that debuted in 1964 may not have topped the car sales charts in Norway back in the day, but the new Mustang Mach-E has landed at the No. 1 position in its first full month of sales in the country, Reuters reports. The first 1,384 Mach-E crossovers were registered in the Scandinavian country in the month of May, accounting for 10% of all new car sales, with BEV sales in Norway sitting at a world-leading 60.4%. The country plans to phase out sales of new gas and diesel-engined cars by 2025, and it appears to be well on its way to actually achieving this feat with Ford’s help.

Sales of the Mustang Mach-E quickly upstaged those of the Tesla Model 3, Reuters notes, which was Norway’s best-selling car in 2019, but is now in the number six overall spot. In the second spot in the overall rankings after the Mach-E is the Toyota RAV4, which is also offered in PHEV form, so the top 10 list is not composed entirely of EVs. When PHEVs are counted into the overall mix, vehicles with electric plugs account for just over 80% of the market. That’s a rate that’s unmatched anywhere in the world, even in China with its New Energy car mandate.

If you’re wondering what the second best-selling BEV was in Norway in May, it happened to be a model not offered stateside at all. The Skoda Enyaq iV pocket crossover came in second among battery-electric vehicles in the country last month, while its Volkswagen ID.4 sibling came in third. The Model 3 was fourth among battery-electric cars and sixth overall in May 2021, as there are still a few hybrids in the top 10. Further down the list after the Tesla Model 3 was the Mercedes-Benz EQC, which we just missed getting in North America, while the Audi e-tron came in sixth.

The Norwegian car market, being rather small, is an interesting glimpse into an EV future in some respects. There are also a number of fairly unique country-specific factors such as the relatively modest travel distances, urban planning, population size, income levels, and average commuting distances that do not make it a good point of comparison for countries even as close geographically as Germany, where EV sales have surged in the past year but are still quite distant from Norway’s level of EV adoption. And then there is the 2025 government mandate to end sales of gas- and diesel-engined cars.

So as tempting as it may be to look at Norway as a shining example of EV adoption, even neighboring Sweden and Finland look very different on paper when it comes to sales of battery-electric vehicles.

We’ll have to revisit the Mustang Mach-E sales stats in Norway at the end of the year to see whether it will keep its number one spot for a few months. In prior months that spot had been occupied by the Volkswagen ID.3 electric hatch, which is not offered stateside but has proven to be tremendously popular in northern Europe shortly after its launch. There are so many EV debuts in Europe this year, especially from the Volkswagen Group brands, that the 2021 results could be very different month-to-month. But Ford execs must be feeling pretty proud of this achievement this summer when it comes to overseas sales.

Which EV coming out this year would you be interested in test-driving? Let us know in the comments below.