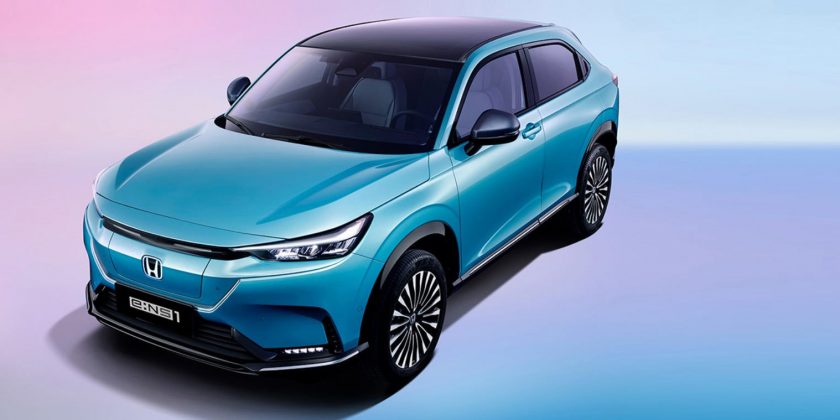 Honda may still seem like an EV holdout—never mind that it offered the Clarity Electric sedan stateside in the not too distant past—but at this point that’s not an entirely accurate way to view the Japanese automaker. Rather, Honda resembles an EV holdout when it comes to its North American offerings, as the automaker continues to build up its electric lineup overseas following the retirement of the Clarity Electric from its roster.

Our readers may remember the retro-styled Honda e concept that was very positively received a couple of years ago, and which led to a production model for Europe and a few other markets. But it’s not Honda’s only current EV model.

The automaker recently unveiled two closely related crossovers, setting its sights on a very busy segment that is seeing new arrivals almost every few months. Dubbed the Honda e:NS1 and the e:NP1, the two new electric crossovers are produced by two of Honda’s joint ventures in China. The former is assembled by Dongfeng Honda Automobile Co., Ltd., while the latter is produced by GAC Honda Automobile Co., Ltd. And their prices are very tempting.

The dual joint venture structure may seem odd at first, but recall that Volkswagen has recently launched two versions of the ID.4 and the ID.6 each in China, with two nearly identical sets of twins produced by different joint ventures simultaneously.

Honda’s twins are based on the e:N Architecture F platform, featuring a 68.8-kWh lithium-ion battery coupled with a single electric motor mounted up front, good for 201 hp and 228 lb-ft of torque. The two EV models fall into the subcompact category, featuring a four-door layout, but not all that much in the way of cargo space out back, as demonstrated by their modest overhangs and rakish C-pillars. The interiors are certainly modern, featuring a 10.25-inch instrument panel and a 15.1-inch Display Audio infotainment screens, in addition to tech like a driver attention monitoring system. 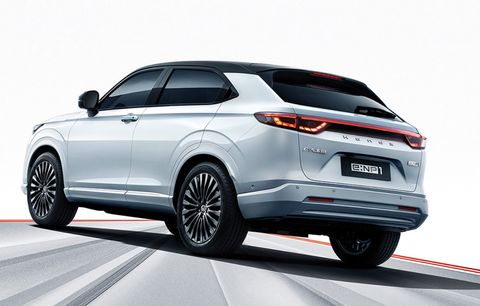 If there is one vehicle both EVs may remind of, it’s the Honda HR-V. The reason is simple: The stateside HR-V shares a platform with the two electric crossovers, but stateside it’s not offered in battery-electric form.

Both offer a range of 317 miles in the country’s somewhat optimistic CLTC cycle, but given the fact that they’re quite small and only feature a single electric motor up front, a range north of 250 miles in the EPA cycle seems relatively assured. A starting price just below $27,000 is one more selling point.

Another revolutionary aspect of the launch of both models in China is that in addition to showroom sales, Honda will also offer the EVs through online stores, handling the entire ordering process.

“With the market introduction of e:NS1 and e:NP1, Honda will make a full-fledged launch of its online stores in China, where the entire process of ordering, from consideration of various options to the placement of an order, can be done online through one-on-one direct communication,” the automaker notes.

In all, Honda plans no fewer than 10 e:N Series electric models between now and 2027, so this is certainly not the last time we’ll see EVs based on this platform. But Honda has markedly different plans for the US, with its next EV, slated to be based on GM’s Ultium platform, due in 2024.

Should Honda’s small electric crossover be offered stateside, or is it too small for the US market? Let us know in the comments below.