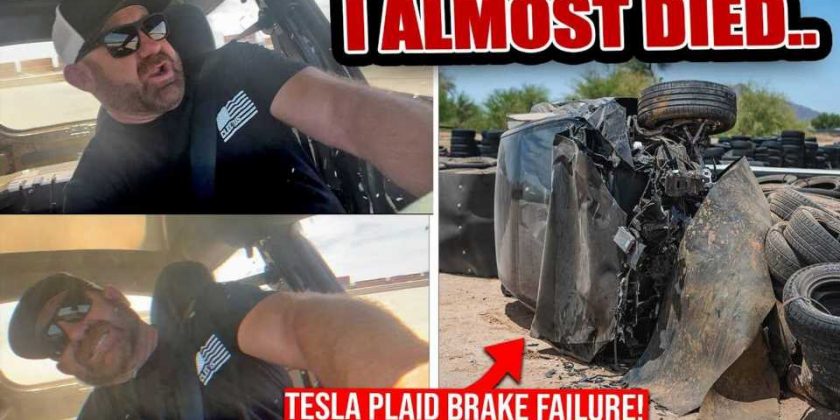 Chet of the Chillin’ with Chet YouTube channel was not at all chill when he stepped on the brakes of his Tesla Model S Plaid that he had stripped out for track use and they did not stop the car as he was approaching a right-hand corner at 170 mph / 273 km/h. The brakes in his car were not standard Tesla fare, but rather upgraded carbon rotors that should have stopped the vehicle repeatedly on track from high speed without fade. So why didn’t they?

We know Chet had the standard rotors replaced with upgraded carbon rotors from Unplugged Performance, but there is a chance they did not change the brake fluid. The car was probably running the standard DOT 3 brake fluid that came in the car, which is really unsuitable for track driving (specifically because of the high likelihood of boiling, especially when outside temperatures are high).

In the hot conditions and under heavy load on track, the fluid may have very well boiled and thus when he stepped on the pedal, there was no pressure in the system to push the brake pads against the disks, and he was unable to keep the gutted Tesla Model S on the track, crashing into the tire barrier, putting his life in real danger.